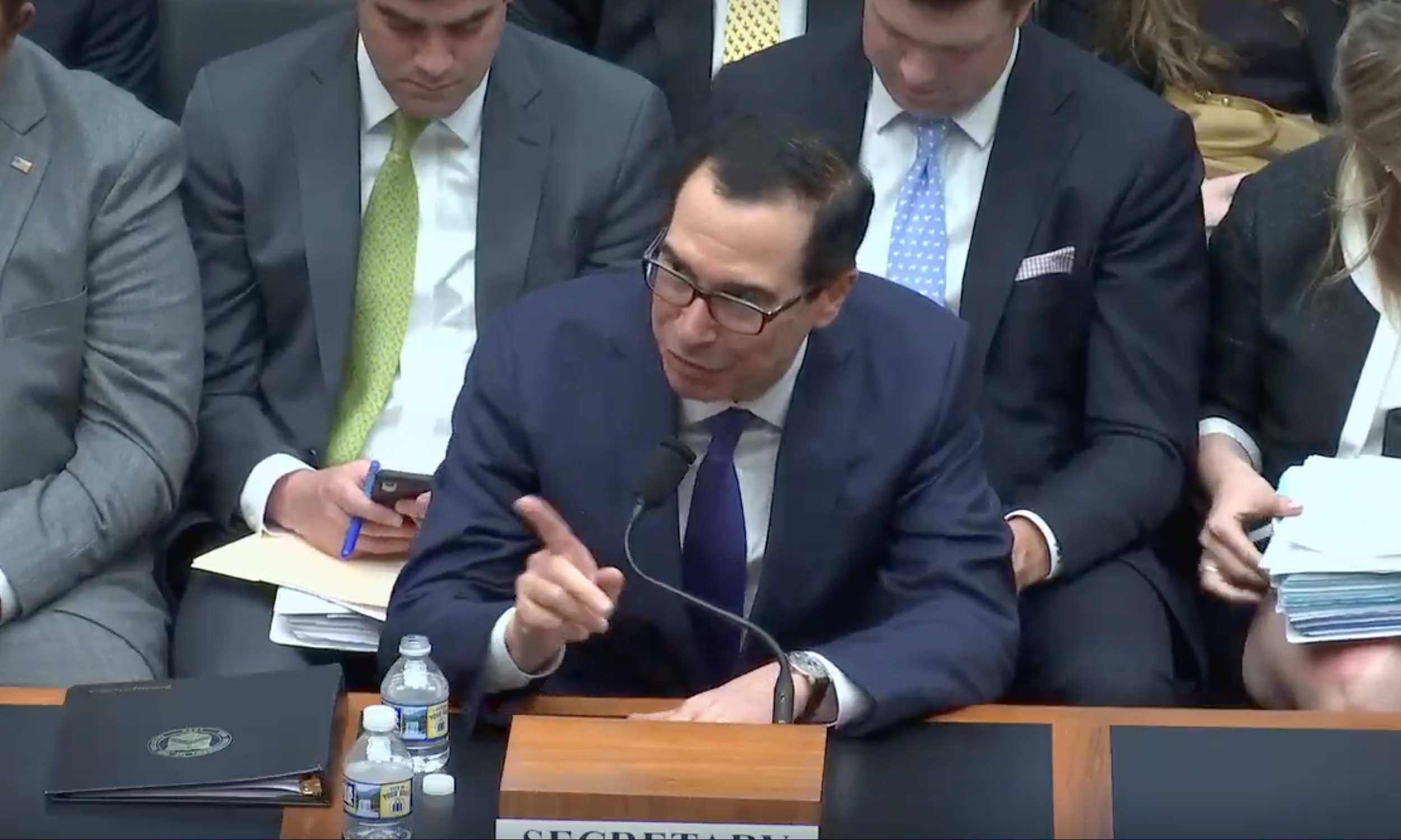 The head of the Treasury Department said on Wednesday that he was relieved when a congressman asked him a question about marijuana after being grilled all day about President Donald Trump’s tax returns.

Rep. Ed Perlmutter (D-CO) did begin his questioning by addressing the tax return issue, asking whether Trump directed Treasury Secretary Steven Mnuchin to withhold his tax information. But recognizing that the official wasn’t likely to give any especially helpful or revealing responses, the congressman said he wanted to “change the subject.”

“I want to talk about marijuana,” Perlmutter said at a hearing before the House Financial Services Committee.

“Thank you, I appreciate that,” Mnuchin said. “It’s rare that I would say I would prefer to talk about marijuana than those other two subjects [related to Trump’s tax returns], but I’m happy to.”

The congressman said he appreciated that Treasury has worked with lawmakers on his bipartisan cannabis banking legislation, which would prevent financial institutions from being penalized by federal regulators for servicing marijuana businesses, and then described how he views his bill as a “public safety matter.”

Mnuchin replied that he’s been following the legislation and in turn appreciates Perlmutter’s work on the issue.

“I have before testified this is an issue for Congress to decided,” he said. “We have a big problem. And the problem is, there’s a federal law and there are state laws. From our perspective at Treasury, we are caught in the middle of this both from the standpoint of the IRS, where we have to build cash rooms to take in cash, and from the banking sector.”

“I would encourage Congress to address this issue,” he said. “It’s got to be resolved one way or another, but it is not in anybody’s interest to have this amount of cash on the streets, which obviously would just end up illicit hands in a bad party economy and things that are unsafe.”

He then revealed that Treasury is conducting “an interagency review on your bill.” In past testimony, Mnuchin simply said that he’d be “happy to review it internally.”

The official also recently said during a separate hearing that he doesn’t believe cannabis businesses should be entitled to federal tax credits so long as the plant remains federally prohibited.

Perlmutter closed on a confident note.

“We will continue to press this forward,” he said. “I know it’s going to pass the House, and then we’ll see where it goes from there.”

It's not a surprise Sec. Mnuchin would rather talk about anything other than Trump's tax returns but I appreciate the Secretary's candidness and the @USTreasury taking the issue of #SAFEBanking seriously. https://t.co/nZbwpO7dOU

While the Democratic-controlled House is likely to pass the bill, it’s less clear how the legislation will fare in the Senate. Despite growing pressure to advance the bill—including from banking associations representing all 50 states, the National Association of Attorneys General and the National Association of State Treasurers—the chair of the Senate Banking Committee has so far refused to commit to bring it up for a vote.