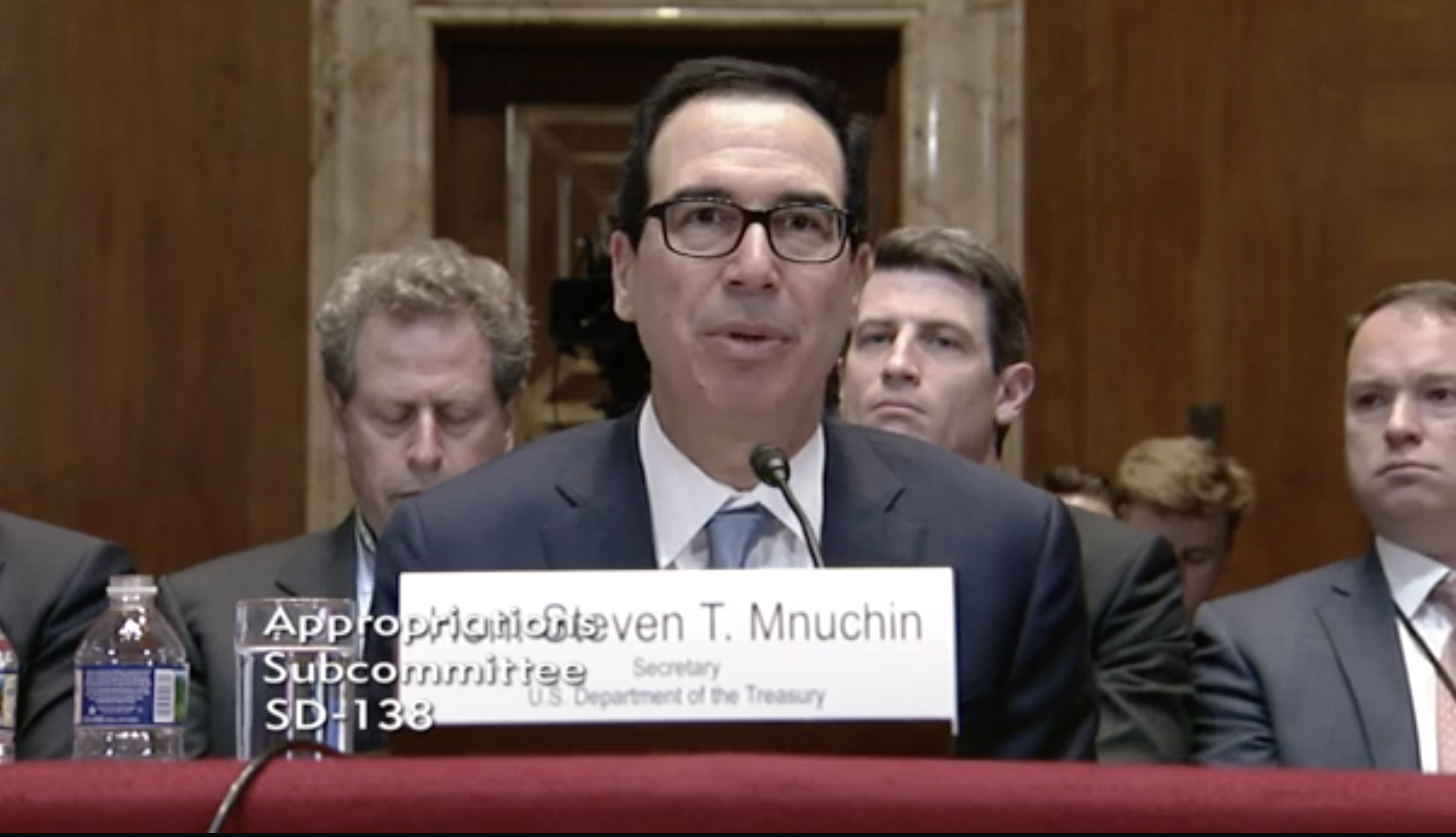 The head of the Treasury Department said on Wednesday that state-legal marijuana businesses shouldn’t be able to qualify for a federal tax credit that’s meant to encourage investments in “distressed” low-income communities.

Those benefits include temporary deferrals of, or permanent exclusion from, taxes on capital gains reinvested in an “opportunity fund.”

Lankford, who previously asked the secretary about the issue at a hearing in March, said that he personally feels that marijuana businesses shouldn’t be entitled to the federal tax benefits.

Mnuchin started by saying that conflicting federal and states cannabis laws are a source of several problems for his department, especially when it comes to collecting taxes from what has been a market comprised of largely cash-only businesses. That particular problem could be resolved if a bipartisan marijuana banking bill is approved, protecting financial institutions that service the cannabis industry.

“Without me making a policy view on this, I would encourage Congress that this is an issue that needs to be addressed because it has created issues,” treasury secretary said.

He went on to say that while his team has yet to issue specific guidance on the tax credit issue, “my recommendation to them would be that it is not the intent of the opportunity zones that if there is this conflict that has not been cleared that, for now, we should not have those businesses in the opportunity zones.”

Watch Mnuchin’s comments, about 1:06:00 into the video below:

“But I defer to my group to put out guidance on this,” he said. “Again, I would just emphasize the broader issue is an issue that impacts us in many ways that it is an issue for Congress to look at.”

New Jersey Voters, Not Lawmakers, Will Decide On Marijuana Legalization In 2020