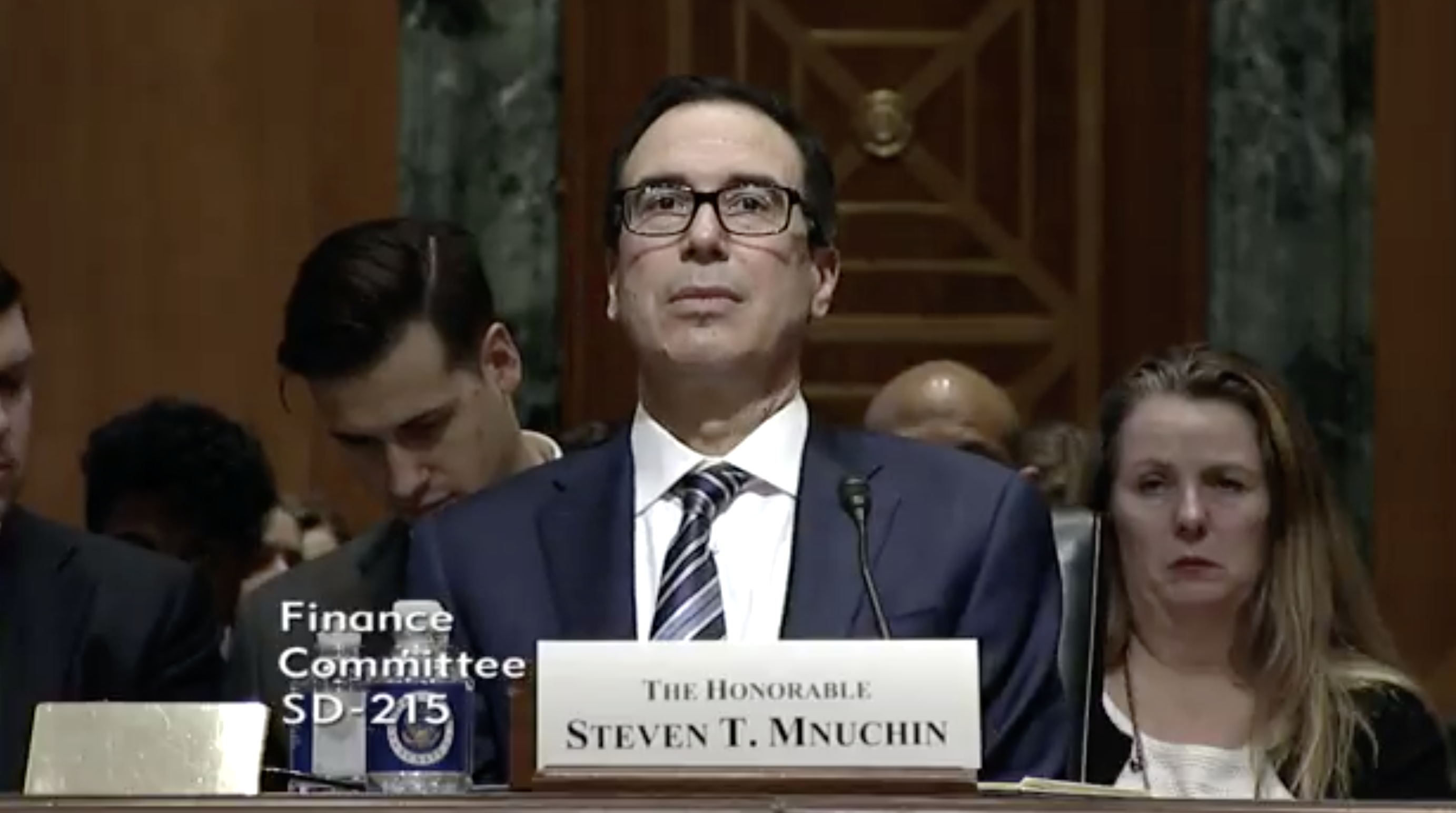 Conflicting federal and state marijuana laws are creating headaches and confusion for cannabis businesses, two senators told the head of the Treasury Department at a hearing on Thursday.

On the one hand, there’s a lack of clarity around whether marijuana businesses are eligible for what are called opportunity zone credits—tax credits meant to spur innovation in “distressed communities.” Sen. James Lankford (R-OK) listed the various businesses on the “sin list” that are disqualified from the credits, including golf courses, massage parlors and liquor stores, and he wanted to know where cannabis companies stand.

“Would those businesses, in grow locations or dispensaries, because they violate federal law, would they also not be eligible for an opportunity zone credit the same as these others?” he asked during a Senate Finance Committee hearing, noting that constituents in his state, which legalized medical cannabis last year, have raised the issue with him several times.

“It’s not something I believe we’ve considered at the moment, but I’d be happy to review it internally,” Treasury Secretary Steve Mnuchin replied.

“There’s been a question just in my state just try to figure out if it violates federal law if it still is eligible for a tax credit, and so trying to be able to figure out that balance on it would be helpful to folks,” said Lankford, who is a vocal legalization opponent and filmed an ad opposing his state’s medical marijuana ballot measure.

On the other hand, Sen. Maria Cantwell (D-WA) raised a common complaint within the marijuana industry concerning business expenses. An Internal Revenue Service (IRS) provision known as 280E bars businesses that sell Schedule I controlled substances—including marijuana—writing certain expenses off their taxes, forcing them to pay a higher rate than other businesses.

The senator asked Mnuchin if he felt the policy was “fair.”

“Let me just comment that this is a very complicated issue that impacts lots of things where there is a conflict between federal law and state law, and whether it’s me putting on my IRS hat where we have hundreds of thousands of dollars of cash coming in—this issue needs to be resolved one way or another because there are conflicts in so many regulations and rules and everything else,” he said. “However it’s resolved, you’ve just described one of many, many, many complicated issues.”

Mnuchin said it wasn’t the department’s place to offer guidance on the issue until Congress deals with the conflicting laws.

“To me, it’s an injustice that there is a business that isn’t treated like other businesses when a state decides that that is a true business,” Cantwell said.

“Based on the questions asked of the Treasury secretary today, it is evident that members are getting positive support from constituents back home in states as diverse as Washington and Oklahoma,” Don Murphy, director of federal policies at the Marijuana Policy Project, told Marijuana Moment.