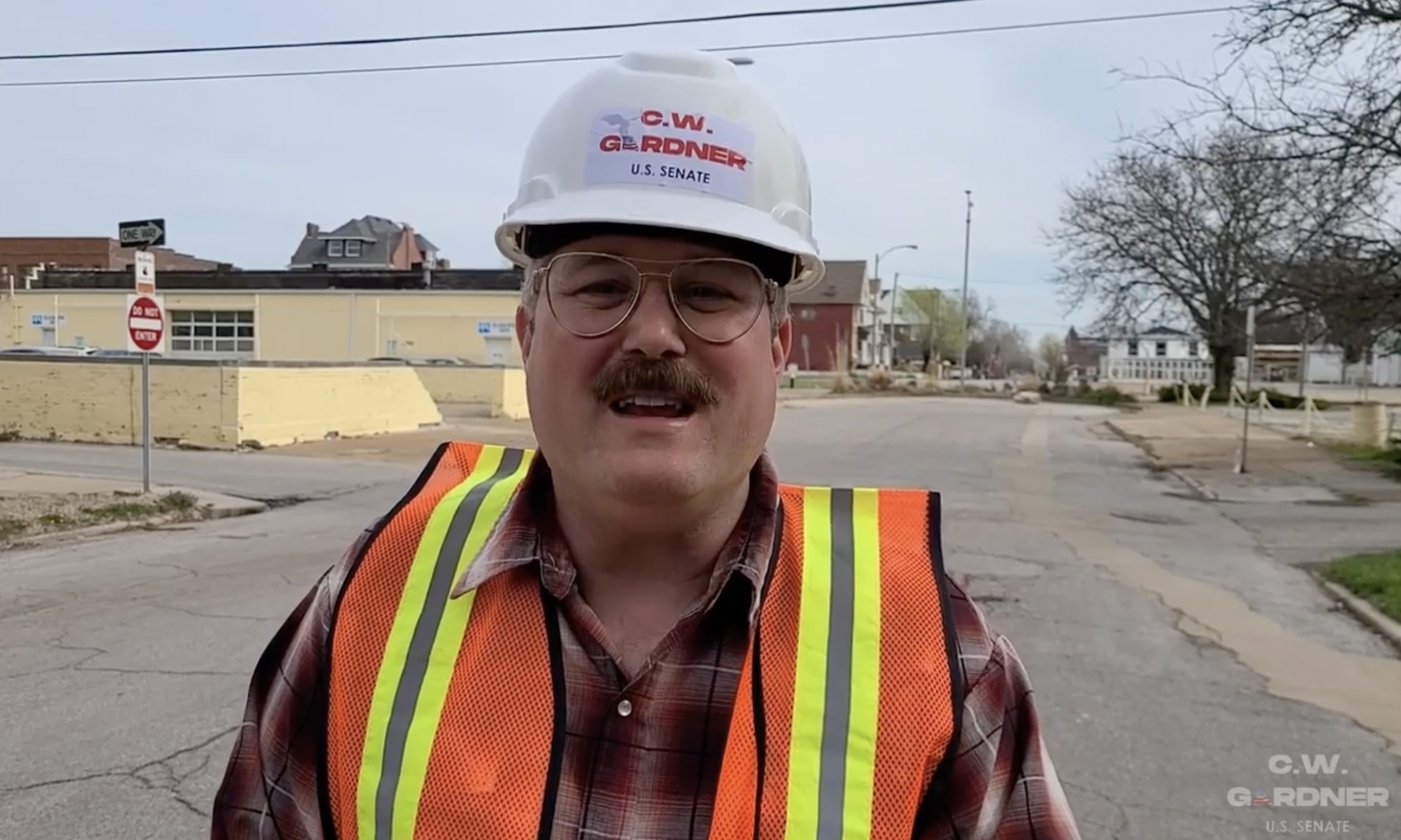 “Pot for potholes.” That’s the marijuana-funded infrastructure plan that one Republican Missouri candidate for U.S. Senate is proposing in a catchy campaign ad.

As C.W. Gardner has worked to stand out in a crowded field of dozens of opponents, he released a spot in April that includes a plan to federally legalize cannabis and use some of the resulting tax revenue for to repair America’s roads.

Gardner is aware that the odds are stacked against him in the race. But he’s seizing the opportunity on a platform of “fixin’ things,” including the country’s cannabis laws.

“When I get to Washington, D.C., I plan on introducing my ‘pot for potholes’ legislation,” he said in the ad, which describes the candidate’s serious policy proposal in a fairly over-the-top manner. “Legalize marijuana at the federal level and take a portion of the tax money collected to bankroll research and development for pothole eradication.”

“I want to couple that with launching a National Pothole Task Force,” Gardner says in between clips of him repairing local roadways. “Scientists, engineers, manufacturers, entrepreneurs and federally funded research universities all working toward a common goal: eradicating potholes from this great country.”

It would be a task on the scale of the Manhattan Project that the U.S. government facilitated in the push to develop nuclear weapons, he said. The pothole cannabis and infrastructure plan would be the “Missouri Project.”

“I think everyone’s kind of on board with both aspects of it,” Gardner told Marijuana Moment in a phone interview on Tuesday. “Potholes are a big talk around St. Louis right now.”

"Many thanks to Forbes for recognizing the innovative thinking of the #GardnerForMO movement and my 'Pot for Potholes' plan."

“It’s two things that I think that might not go hand-in-hand when you look at it,” he said. “It’s more of the branding that works together—but I think it’s two pretty popular ideas.”

Missouri voters will likely get the chance to decide on enacting marijuana legalization in the state via a ballot initiative in November.

Gardner can’t necessarily claim the idea as his own, however. Not only have advocates generally pushed for marijuana legalization as a revenue-generator that could be used, in part, for infrastructure purposes—but former Rhode Island Gov. Lincoln Chafee (D) specifically promoted a “pot for potholes” agenda nearly a decade ago.

In any case, the Gardner ad is yet another example of how politicians across the political spectrum have become conformable leaning into the cannabis reform issue, even in a Republican primary. Many congressional candidates aren’t shying away from the policy any more—they’re aiming to win the marijuana vote.

"If they tried the pot, they'd be for the pot part."

An Indiana mayor who’s running for U.S. Senate openly smoked marijuana in a campaign ad that was released on the unofficial cannabis holiday 4/20 in April, marking the second time in this election cycle that a Democratic Senate candidate has toked on camera on the campaign trail.

Louisiana Democrat Gary Chambers, who is also seeking a seat in the U.S. Senate, also drew headlines this year when he smoked a blunt in one of his first campaign ads.

Chambers’s initial marijuana ad took place in Louisiana, where low-level possession is decriminalized. But he also visited Illinois and filmed a follow-up spot where he visited a drive-thru dispensary.