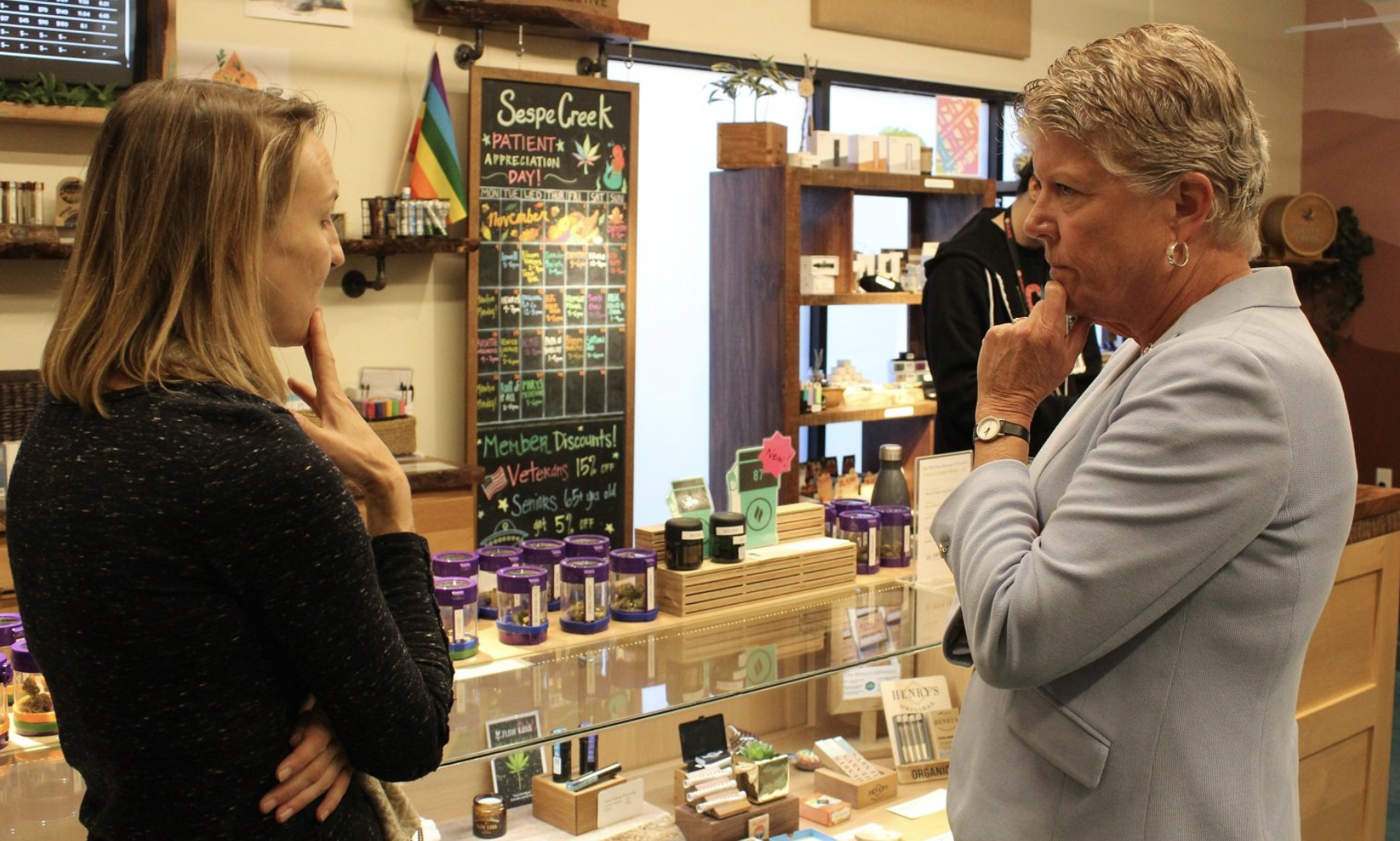 A congresswoman recently visited a marijuana dispensary in California, where she discussed issues such as banking restrictions for the cannabis industry and proposals to federally reclassify the plant.

Rep. Julia Brownley (D-CA) met with the owners of Ventura County’s first licensed marijuana shop, Sespe Creek Collective, which is “female-owned and operated” and “working to change the stigma and misinformation around cannabis use,” she said.

Recently, I had the opportunity to visit Ventura County’s first licensed cannabis dispensary, Sespe Creek Collective, in Ojai. Not only is Sespe female-owned and operated, but this small business is working to change the stigma and misinformation around cannabis use. pic.twitter.com/hthQpPOoVr

“Sespe’s leadership team has also spent years advocating for sensible cannabis regulation and safe access for medical patients including many veterans,” Brownley said in a Twitter thread about the visit. “While at the dispensary, we discussed key issues of the cannabis industry including banking access, federal re/de-scheduling of cannabis, and criminal justice reform for individuals serving life sentences for marijuana-only offenses.”

While at the dispensary, we discussed key issues of the cannabis industry including banking access, federal re/de-scheduling of cannabis, and criminal justice reform for individuals serving life sentences for marijuana-only offenses.

The congresswoman has cosponsored several cannabis reform bills, including legislation to protect banks that service marijuana businesses from being penalized by federal regulators, promote research into medical cannabis for veterans and reschedule marijuana under the Controlled Substances Act.

She’s yet to sign onto a bill that would fully deschedule the plant, such as the Marijuana Justice Act or Marijuana Opportunity Reinvestment and Expungement Act, however.

“A record number of lawmakers are now willing to substantially engage in learning and reassessing their positions when it comes to ending the failed policy of prohibition,” Justin Strekal, political director of NORML, told Marijuana Moment. “We hope that Rep. Brownley will now cosponsor the pending Judiciary Committee bill induced by Chairman Nadler, as her support will send a real signal to her constituents that she is serious about protecting the progress that California has made.”

South Bend, Indiana Mayor Pete Buttigieg, a Democratic presidential candidate, also recently toured a cannabis dispensary in Nevada, where he asked about the manufacturing process and what kind of legislative reforms are needed to support the industry and promote social equity.

Last year, then-Rep. Dana Rohrabacher (R-CA) embarked on his own cannabis tour, bringing an actual busload of senior citizens with him to a California marijuana shop.