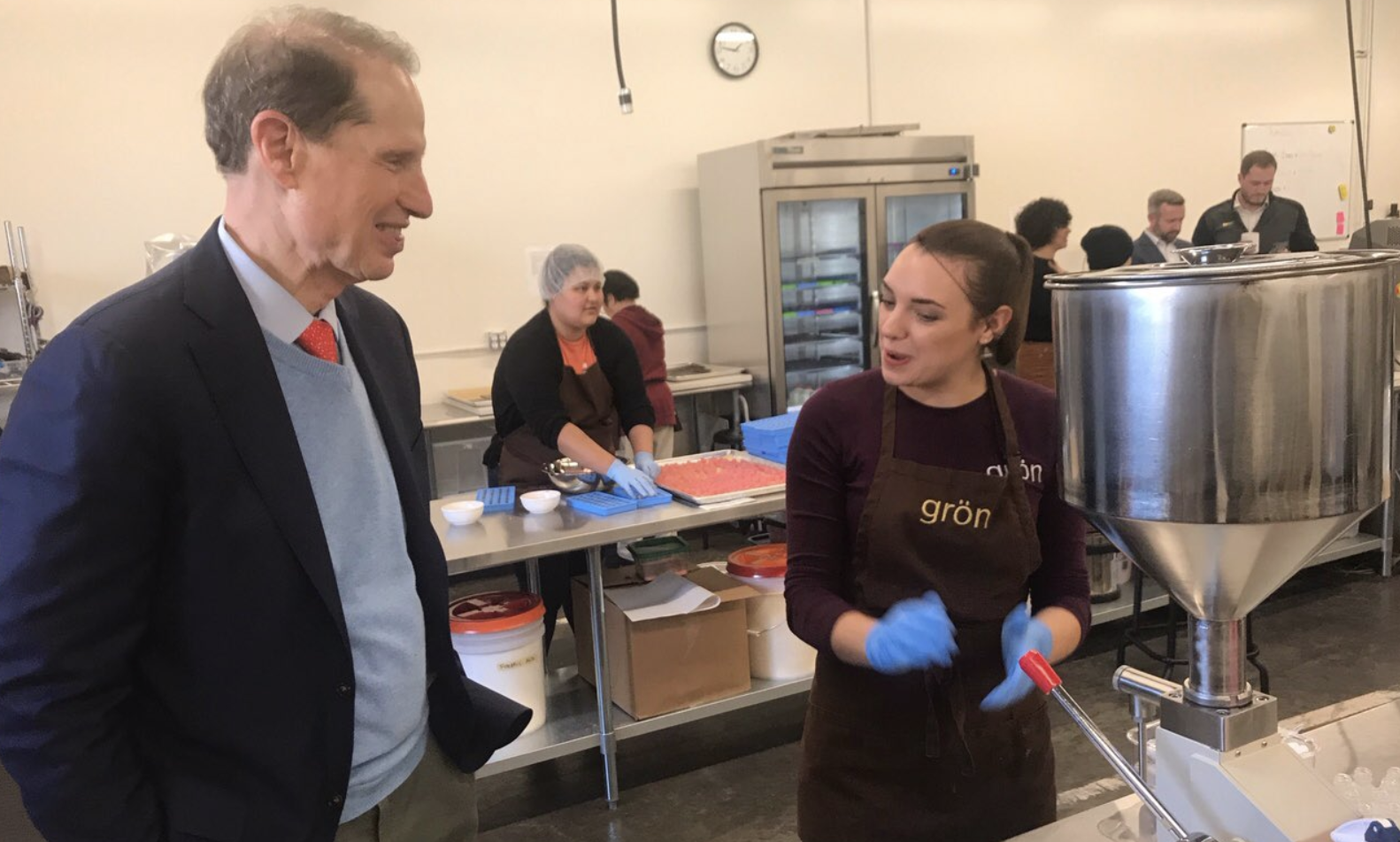 “Encouraged by all I heard and saw yesterday about the future of CBD at the [Grön Cannabis Confections] manufacturing facility & cafe here in NE Portland,” he said. “I will keep fighting for this growth industry so it can continue to generate jobs in Oregon and nationwide.”

Encouraged by all I heard and saw yesterday about the future of CBD at the @Gron_Chocolate manufacturing facility & cafe here in NE Portland. I will keep fighting for this growth industry so it can continue to generate jobs in Oregon and nationwide. pic.twitter.com/NAJZTbZzmu

The senator has long championed both the marijuana and hemp markets and has continued to advocate for regulations that promote growth in those sectors. For example, prior to the U.S. Department of Agriculture (USDA) release of an interim final rule for hemp last week, he and Senate Majority Leader Mitch McConnell (R-KY) wrote a letter to the department urging them to expeditiously implement regulations.

When it comes to firms like Grön, “what we have are companies that want to use hemp as a supplement or additive,” Wyden told Portland Business Journal, referring to the need for the Food and Drug Administration (FDA) to develop regulations for hemp-derived CBD to be used in supplements and food products.

“Mitch McConnell and I have been trying to get the FDA to speed up its timetable. They originally wrote five years or something,” he said. “We need the federal government with respect to the kind of companies that I’ve just been at, to lay out an official policy of enforcement discretion.”

“The reason this is so important is you’ve got all these big companies—Target would probably be one, Whole Foods, might be another—they’re just sitting there trying to figure out if they’re going to get in trouble with the feds,” Wyden said. “These are companies in Oregon that are working very hard. They’re not making outrageous claims.”

The cannabis industry is getting significant interest from lawmakers of late, with Wyden’s visit marking the third high-profile marijuana business tour that’s occurred in the past month.

South Bend, Indiana Mayor Pete Buttigieig, a 2020 Democratic presidential candidate, went to a minority-owned cannabis business in Nevada last month, where he discussed the mechanics of the shop and legislation that’s needed at the federal level to support entrepreneurs.

Alright the reveal: Mayor @PeteButtigieg is touring a minority-owned cannabis dispensary in Vegas to talk about his reform agenda. Earlier today he toured a grow house. Stick with me/@MarijuanaMoment for the latest! pic.twitter.com/yCv3OWsdMi

Rep. Julia Brownley (D-CA) recently met with the owners of Ventura County’s first licensed marijuana shop, the female-owned Sespe Creek Collective. The congresswoman said that discussions at the shop revolved around ending the stigmatization of cannabis and advancing legislation that ends federal prohibition and ensures patients and veterans have access to the plant.

Recently, I had the opportunity to visit Ventura County’s first licensed cannabis dispensary, Sespe Creek Collective, in Ojai. Not only is Sespe female-owned and operated, but this small business is working to change the stigma and misinformation around cannabis use. pic.twitter.com/hthQpPOoVr

“A record number of lawmakers are now willing to substantially engage in learning and reassessing their positions when it comes to ending the failed policy of prohibition,” Justin Strekal, political director of NORML, told Marijuana Moment in an earlier interview.

Illinois Bill Would Give Marijuana Businesses Access To Some Banking Services