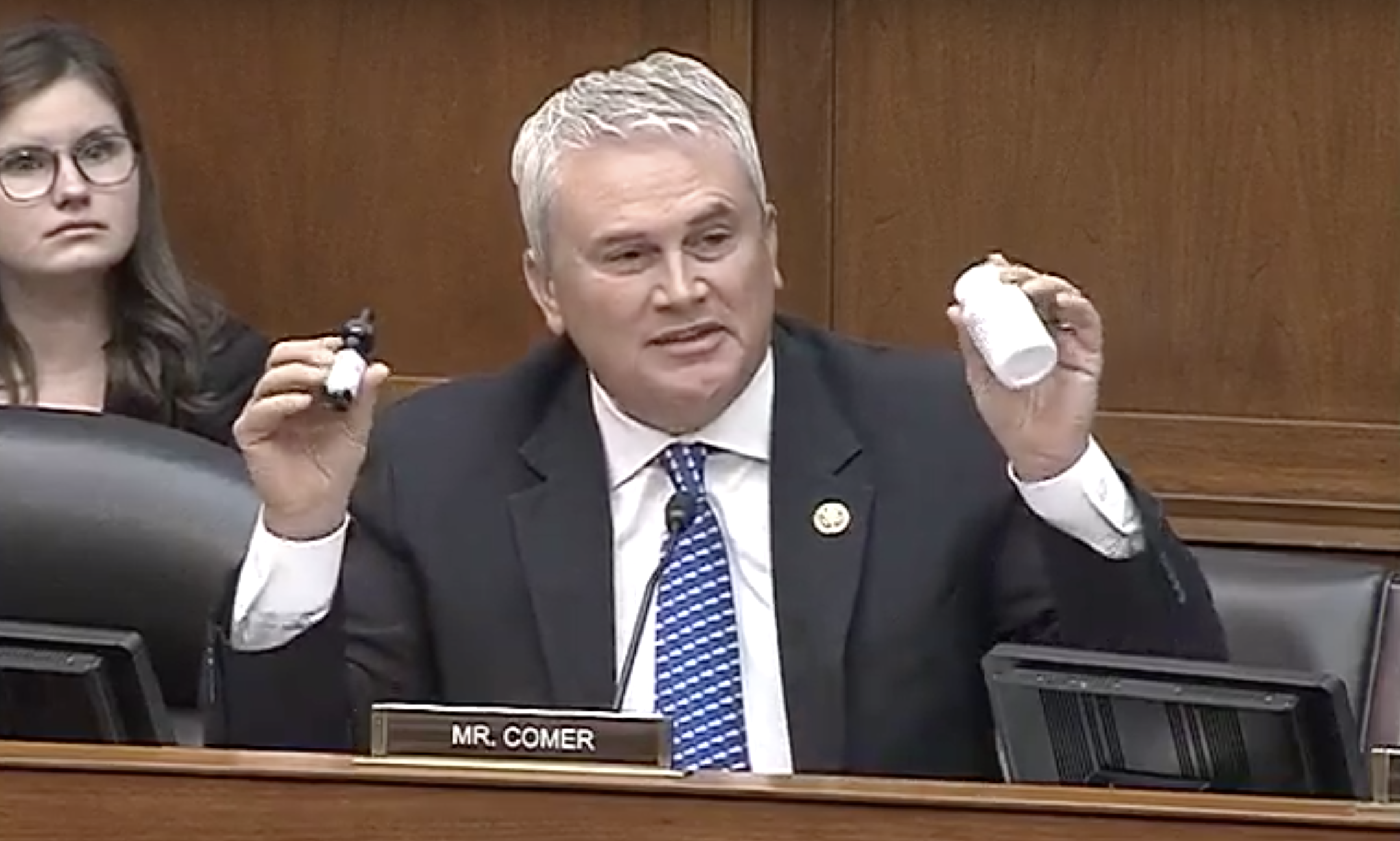 A Republican congressman brought two CBD products he personally uses to a hearing on Tuesday to demonstrate the differences between hemp and marijuana.

During a House Oversight Committee meeting on the recent spike in vaping-related injuries, Rep. James Comer (R-KY) said he wanted to spend his time “talking about CBD because I believe there’s a lot of misinformation and confusion about exactly what CBD is and what THC is.”

He went on to compare hemp’s relation to marijuana to the differences between broccoli and cauliflower, stating that they’re in the same family and “they have some similarities, but they’re also very different.”

“If you look at CBD, the majority of CBD that most Americans are taking and they’re having really positive effects from CBD is coming from hemp, not marijuana,” he said.

Discussing his personal use of CBD preparations, Comer, a former state agriculture commissioner, said he’s visited the companies that manufacture them and that they are “producing a good, legitimate product.”

The congressman also mentioned a bipartisan letter he sent alongside two dozen other lawmakers last week asking FDA to clear a path for CBD to be lawfully marketed.

“This CBD industry is like the Wild West. It’s a good industry, it’s a good product, but there needs to be regulations,” he said. “I’m very conservative, very pro-business, normally I’m against regulations, but sometimes we need regulations.”

Also during Tuesday’s hearing, Rep. Glenn Grothman (R-WI) asked the deputy director of the Centers for Disease Control and Prevention whether cannabis products from state-legal shops were contributing to the rise in vaping-related injuries.

“I think in most states THC is illegal, but over time, more and more state are legalizing marijuana. I don’t know who to blame for that—including my neighbor to the south in Illinois,” Grothman said. “Are these cartridges legal in states which legalized marijuana or not?”

The official said she didn’t know, and the congressman implored her to investigate further.

“I’m concerned because right to the south of Wisconsin, Illinois has decided to go all-in on making marijuana legal,” he said. “It sounds like it’s big trouble if Illinois just made these things legal.”

Later, Rep. Gerry Connolly (D-VA) compared the current lack of federal regulations on vaping products to how the government has treated marijuana for decades.