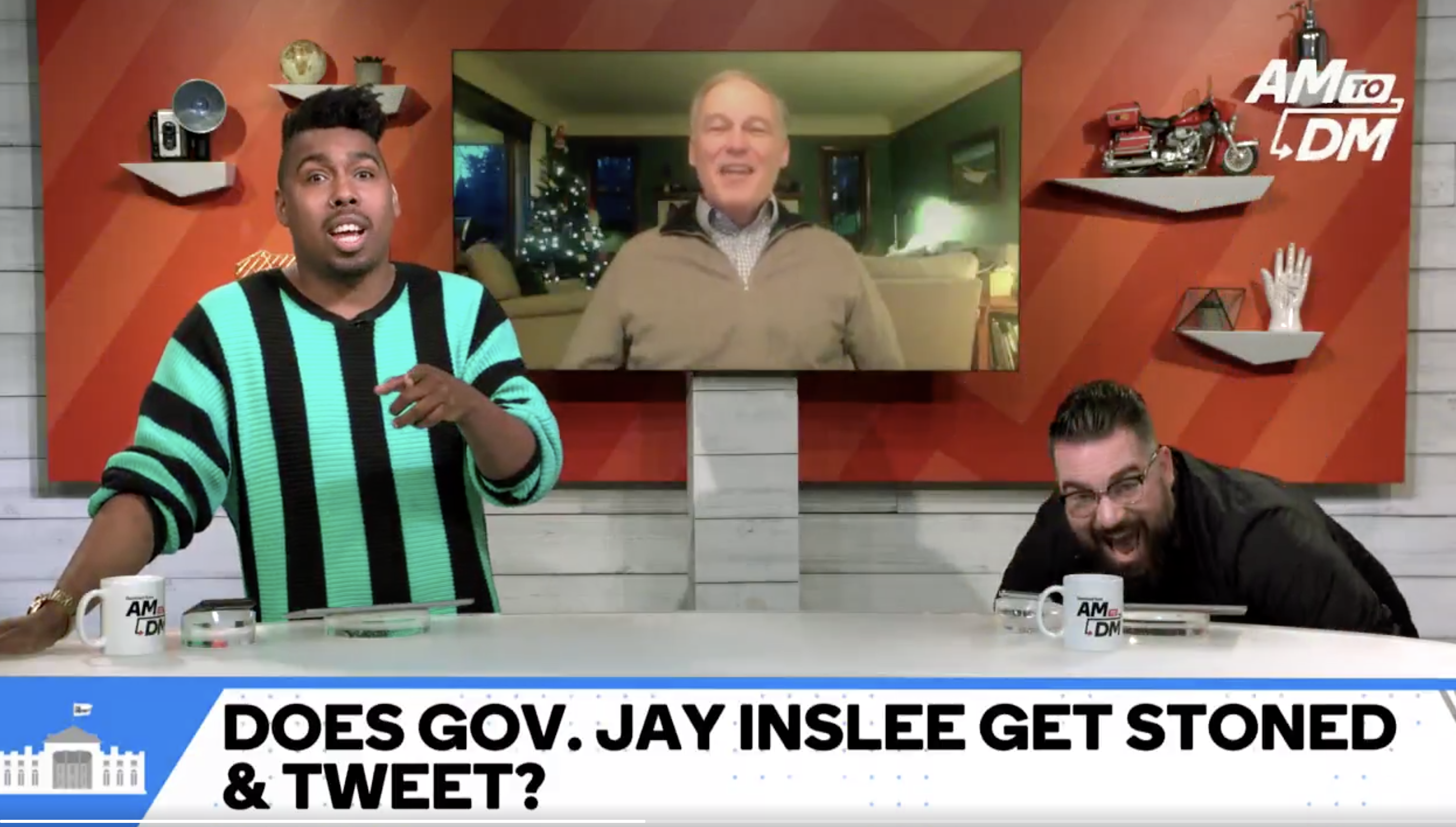 It sure sounded like Washington Gov. Jay Inslee (D) said he grows cannabis on Friday—though a spokesperson for his office later denied it when contacted by Marijuana Moment.

Under the playful rules of BuzzFeed’s AM2DM show, the governor had to answer an “awkward” cannabis query in exchange for refusing to reveal his intentions as a potential 2020 presidential candidate.

“Do you smoke weed, governor?” the BuzzFeed co-host asked. “Do you blaze it? Especially, do you blaze it while you tweet?”

“Well, I may not smoke it, but I do grow it legally and we’ve got the best weed in America from the state of Washington and I said that proudly once on [HBO’s Real Time with Bill Maher]. Inslee said. “I stand by that statement.”

Wait, the governor of Washington admitted to growing marijuana?

You can watch the exchange about 31 minutes into the video linked in the tweet below:

But in an email to Marijuana Moment, Inslee spokesperson Tara Lee said the governor “does not use cannabis, nor does he grow it.”

“I have no doubt he was referring to how it is legal to grow and sell in the state of Washington,” she said.

For the record, home cultivation of cannabis for adult use is prohibited in Washington state, though licensed commercial businesses grow marijuana to supply the state’s legalized retail operations.

The AM2DM co-host followed up on the precise timing implied in Inslee’s personal consumption denial, and the governor clarified that he doesn’t smoke “right now, not this morning, not for the last several decades.”

Then the conversation shifted to a more serious subject: what advice does Inslee have for New York Gov. Andrew Cuomo (D) as the state moves toward full legalization?

“I would say, number one, you should continue down this route because you will find a lot of improvements in your communities,” Inslee said.

The state government would be able to save money by no longer “chasing people around who want to use recreational marijuana,” and there won’t be “increased criminality or any really addictive behavior associated with this.”

“You’re going to generate revenues” that can go toward things like education and health care, the governor said.

“Those have been unalterable successes. The world is moving this way so quickly.”

Asked about the need for legal cannabis states to address the harms of prohibition on communities historically targeted for enforcement, Inslee said it was an “important point” and signaled that in the next few weeks he will be introducing plans on “how to reduce some of the previous criminal convictions that really are not necessary anymore to be on people’s records.”

That could mean expungement or clemency initiatives are on the way from the governor.