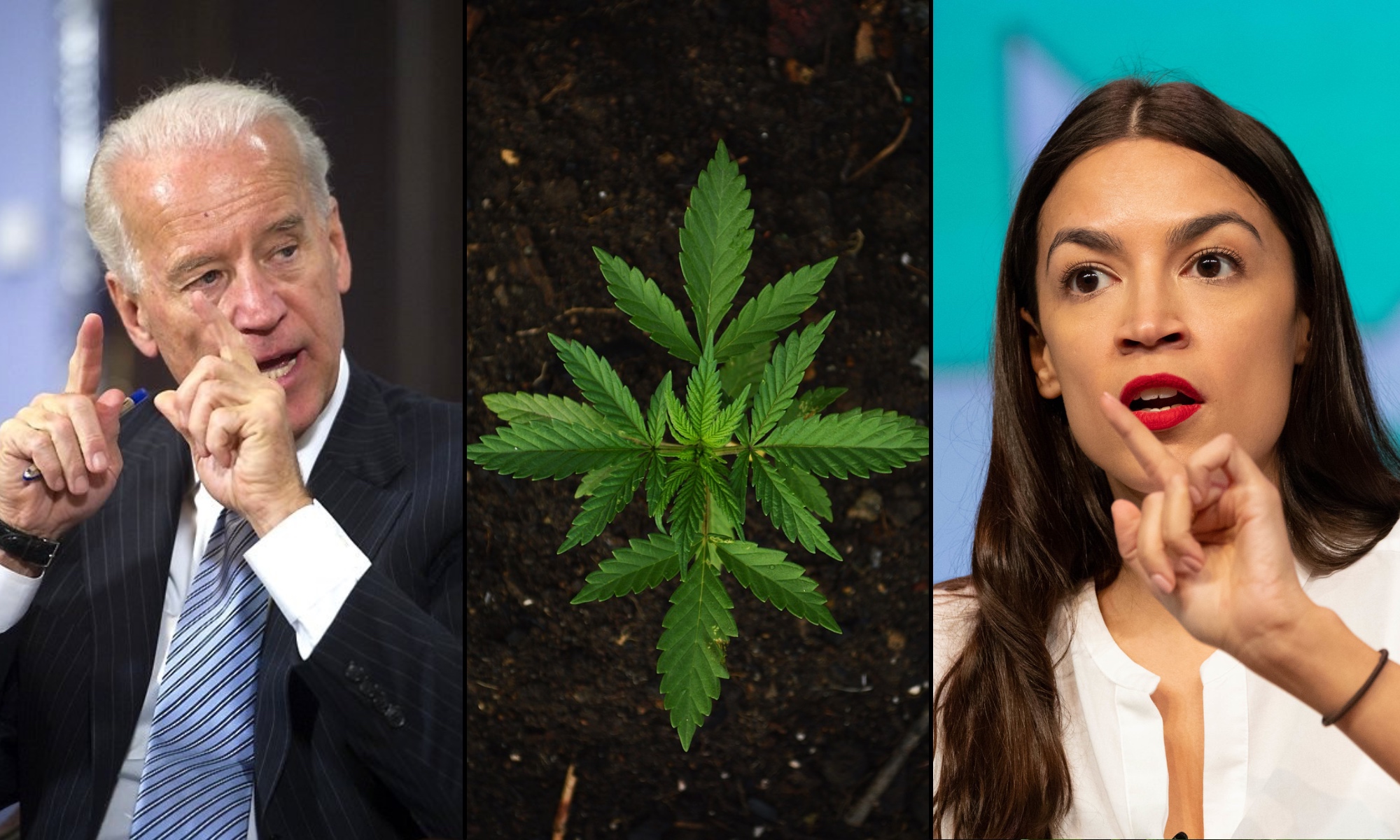 It’s been nearly a year since President Joe Biden took office, and Rep. Alexandria Ocasio-Cortez (D-NY) says it’s past time for executive action on marijuana reform and other issues.

As congressional Democrats fret over the likely defeat of a large-scale social spending bill after a moderate Sen. Joe Manchin (D-WV) announced  over the weekend that he will oppose it, Ocasio-Cortez is urging the president to start taking unilateral action on various progressive policies, including cannabis.

“Biden needs to lean on his executive authority now. He has been delaying and underutilizing it so far,” she tweeted on Monday. “There is an enormous amount he can do on climate, student debt, immigration, cannabis, health care, and more. Time is running out—we need to move and use alternative paths.”

Biden needs to lean on his executive authority now. He has been delaying and underutilizing it so far. There is an enormous amount he can do on climate, student debt, immigration, cannabis, health care, and more.

Time is running out – we need to move and use alternative paths.

Ocasio-Cortez, who recently filed a bipartisan bill to incentivize state-level cannabis expungements, has been critical Biden when it comes to cannabis. Even before he was elected, she told Marijuana Moment that his remarks on the campaign trail about cannabis as a potential gateway drug amounted to “Reagan-era talking points.”

“The only thing that marijuana, due to the failures of U.S. policy, is a gateway to is our mass incarceration system,” she said at the time.

The congresswoman was among the first to suggest that Biden use executive authority to advance marijuana reform, joining 36 of her colleagues on a letter to the president in February that implored him to grant mass pardons to people with federal cannabis convictions. Biden recently received a follow-up letter demanding a status update.

A pair of Republican lawmakers last week sent Biden and Vice President Kamala Harris a separate letter criticizing their “lack of action” and “continued silence” on marijuana reform and urging the administration to reschedule cannabis under federal law. They first made the request in July.

These are just the latest examples of legislators taking a demand for reform directly to the president, who has disappointed advocates in his first year in office by declining to take meaningful steps to change the country’s approach to cannabis despite campaigning on a pro-decriminalization and pro-rescheduling platform.

Since the election, neither the president or vide president—who sponsored a legalization bill while serving in the Senate—have spoken about their cannabis campaign pledges. And so far, the only pardons to take place under the Biden administration have benefited turkeys at a ceremonial Thanksgiving event.

That’s despite the repeated pleas of lawmakers and advocates.

Last month, a group of senators separately sent a letter urging Biden to use his executive authority to grant a mass pardon for people with non-violent marijuana convictions.

Sen. Elizabeth Warren (D-MA), who led that letter, said during a recent interview that Biden could boost the economy and promote racial equity with the “stroke of a pen” by granting the relief.

Warren and Sen. Cory Booker (D-NJ) separately sent a letter to the attorney general in October, making the case that the Justice Department should initiate a marijuana descheduling process in order to “allow states to regulate cannabis as they see fit, begin to remedy the harm caused by decades of racial disparities in enforcement of cannabis laws, and facilitate valuable medical research.”

The White House said in August that the president was looking into using his executive authority to grant clemency to people with certain non-violent drug convictions.

Moving cannabis from Schedule I to Schedule II under the Controlled Substances Act, as Biden is proposing, wouldn’t facilitate mass clemency given that being convicted for crimes related to drugs in that slightly lower category—which currently includes cocaine—also carries significant penalties.