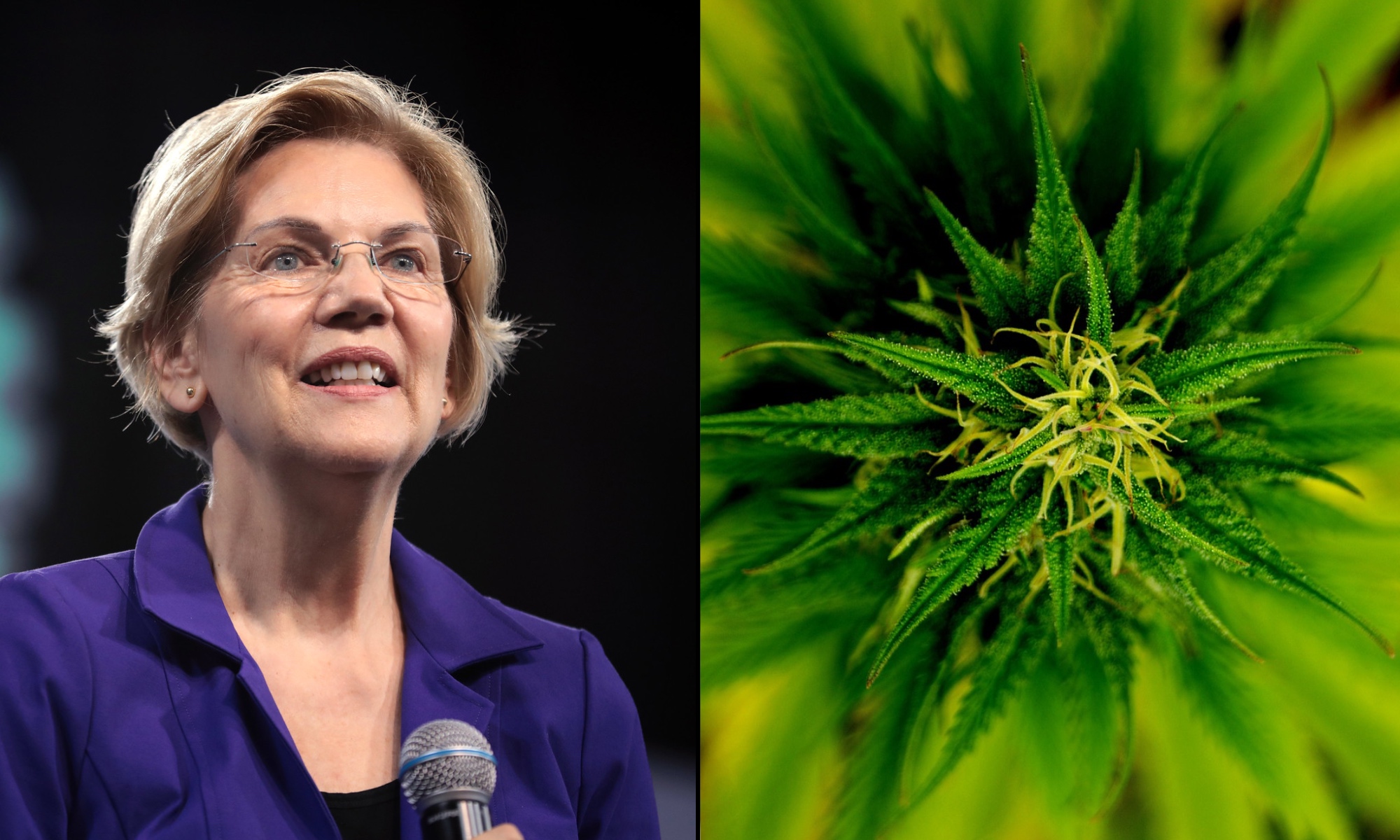 President Joe Biden could boost the economy and promote racial equity with the “stroke of a pen” by granting clemency to people with federal marijuana convictions, Sen. Elizabeth Warren (D-MA) says.

During an interview on Pod Save America, the senator talked about how the president could use his executive authority to affect immediate changes with respect to cannabis policy and student loan debt. Both issues intersect with social justice and the economy, she said.

While Warren started by saying that Biden could “help close the black-white wealth gap” by cancelling student debt himself, she said marijuana is the “same kind of issue” that he could address with unilateral action.

“I want him to expunge the records. I want him to let people out. If you’re a non-violent offender [and] all they’ve got on you is a marijuana charge, let folks go,” she said. “States have changed their laws on this. We’ve finally admitted, this idea that going after marijuana in a war on drugs, gateway drugs—we just realized it never made any sense scientifically and was a way to really engage in a form of oppression of communities of color.”

Warren, who led other senators on a letter to the president earlier this month calling on him to grant a mass pardon for people with cannabis convictions, expanded on the idea that presidential clemency would increase economic opportunities in the country.

“In other words, what your best resource as a nation? It’s your people—people who should be part of our economy, part of our society,” the senator said.

Warren also emphasized that “marijuana enforcement has fallen much harder on people of color, and it’s time for us to acknowledge that and just admit the error of our ways.”

.@ewarren on using executive privilege to cancel student loan debt and legalize marijuana: “This is the single best opportunity for the president of the United States to close the Black/white wealth gap.” pic.twitter.com/auboy4cTtR

“Back it up, turn it loose. So there we are, Joe Biden: two things you could do for our economy, for racial justice. Just need your signature on two different pieces,” she said.

“President Biden, cancel that student loan debt. You can do this and get rid of these marijuana convictions,” the senator added. “This is not making us a stronger country. It is undercutting our economy and it’s undercutting racial justice in this country.”

In a separate interview with MSNBC this week, Warren said that “the war on drugs put a lot of people behind bars for doing nothing more than smoking marijuana.”

Early in his administration, Biden received a letter from 37 members of Congress that called on him to use executive authority to mass pardon all people with non-violent federal marijuana convictions.

The ask for this unique form of presidential clemency is modeled on actions taken by Presidents Gerald Ford and Jimmy Carter in the 1970s to categorically forgive Americans who avoided the draft for the Vietnam War.

At the same time that this trio of senators is pushing for a blanket pardon, lawmakers in both chambers are hoping to advance comprehensive legislation to end prohibition.

Warren and Sen. Cory Booker (D-NJ) separately sent a letter to the attorney general last month, making the case that the Justice Department should initiate a marijuana descheduling process in order to “allow states to regulate cannabis as they see fit, begin to remedy the harm caused by decades of racial disparities in enforcement of cannabis laws, and facilitate valuable medical research.”

Biden Pardons Turkeys, But White House Has ‘Nothing New’ On Relief For Marijuana Prisoners