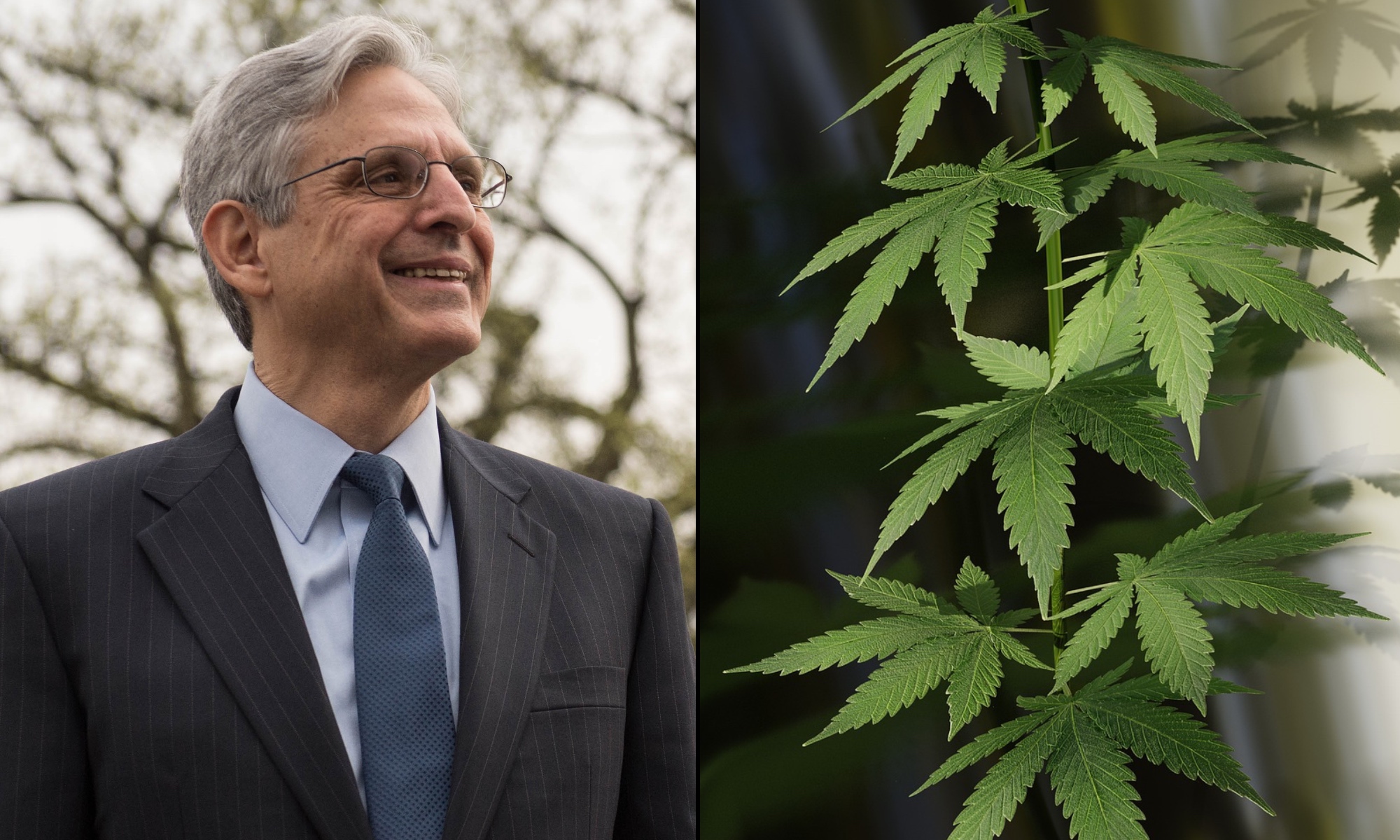 As congressional lawmakers pursue marijuana legalization, a pair of U.S. senators is calling on Attorney General Merrick Garland to use his own authority to swiftly end federal cannabis prohibition.

Sens. Elizabeth Warren (D-MA) and Cory Booker (D-NJ) sent a letter on Wednesday making the case that the Justice Department should initiate a descheduling process in order to “allow states to regulate cannabis as they see fit, begin to remedy the harm caused by decades of racial disparities in enforcement of cannabis laws, and facilitate valuable medical research.”

“While Congress works to pass comprehensive cannabis reform, you can act now to decriminalize cannabis,” the letter, which was first reported by The News Station, states.

“It is far past time to decriminalize the use of cannabis in the United States,” it continues, noting that President Joe Biden voiced support for marijuana decriminalization and expungements on the campaign trail. The president has maintained an opposition to adult-use legalization, however.

“Decriminalizing cannabis is also a critical first step in addressing the racial inequities in cannabis law enforcement,” the senators said, as people of color are far more likely to be criminalized over marijuana despite comparable rates of usage among races.

“Federal cannabis policy has disproportionately affected the ability of people of color in the United States to vote, to pursue education, and to build intergenerational wealth,” they wrote. “You can begin to repair the harm that the criminalization of cannabis has wrought on communities of color by using your statutory and regulatory authority to deschedule this drug.”

NORML Political Director Justin Strekal praised the senators’ action, telling Marijuana Moment that it “is imperative that we pursue every avenue possible to end the senseless and cruel policy of marijuana criminalization. Now the question is: How and when will Attorney General Merrick Garland respond?”

There’s a statutory process through which the attorney general can seek a marijuana policy change under the Controlled Substances Act without any additional action required by Congress.

The official can also initiate such a process on their own, requesting a scientific review directly to U.S. Department of Health and Human Services (HHS). Under HHS, the Food and Drug Administration (FDA) would then assess the scientific, medical and public health implications before submitting that review to the Justice Department.

Another method would involve having the HHS secretary or an outside party file a rescheduling petition, which would then be reviewed by the attorney general, who has usually delegated that responsibility to the Drug Enforcement Administration (DEA).

The senators are recommending the former approach and emphasized that, if the HHS secretary ultimately recommends “retaining a drug in the same schedule or moving it to a different schedule, that recommendation is not binding and the attorney general may still choose to initiate a rulemaking procedure to deschedule or reschedule the drug.”

HHS Secretary Xavier Becerra was CCed on the senators’ letter. And for what it’s worth, he does have a considerable record supporting cannabis reform and worked to protect California’s marijuana program from federal interference during his time as the state’s attorney general.

In any case, a reading of the relevant statute raises some questions about whether the attorney general has the explicit authority to unilaterally remove marijuana from the CSA, rather than simply move it to a lower schedule.

Federal law says that if international treaties to which the U.S. is a party require control of any given substance, the attorney general “shall issue an order controlling such drug under the schedule he deems most appropriate to carry out such obligations, without regard to” the separate HHS review.

Federal agencies like DEA have in the past referenced international treaty obligations as a reason they’re unable to domestically end marijuana criminalization.

It’s also the case, however, that the country has previously flouted such international consensus in other contexts such as military engagement. But as far as what the U.S.’s own federal statute allows, one interpretation would suggest Garland could be limited to moving marijuana to the lowest enforcement category under the CSA and could not fully deschedule it on his own.

Garland, who was previously nominated by President Obama to serve on the Supreme Court only to have his nomination blocked by Senate Republicans, has only occasionally spoke about cannabis issues. But his judicial record indicates that he believes in deference to DEA when it comes to drug scheduling.

During his Senate confirmation proceedings, however, the then-nominee also said in oral and written testimony that it’s a waste of federal resources to go after people acting in compliance with state cannabis laws and recognized racial disparities in marijuana enforcement.

In any case, Warren and Booker now want him to make a bold move by unilaterally ending federal cannabis prohibition.

“We urge the DOJ to initiate the process to decriminalize cannabis,” the senators wrote. “Doing so would be an important first step in the broader tasks of remedying the harmful racial impact of our nation’s enforcement of cannabis laws and ensuring that states can effectively regulate the growing cannabis industry, including by assisting small business owners and those most harmed by our historical enforcement of cannabis laws.”

Warren and Booker requested that Garland respond to their request by October 20.

This letter comes one week after the House Judiciary Committee approved a bill to federally legalize cannabis and promote social equity that was introduced by Chairman Jerrold Nadler (D-NY).

Booker, meanwhile, is working alongside Senate Majority Leader Chuck Schumer (D-NY) and Senate Finance Committee Chairman Ron Wyden (D-OR) on their own legalization proposal that was unveiled in July but is still being finalized.

Just this week, former Attorney General Eric Holder said in an interview that the U.S is “clearly on the path to decriminalizing marijuana” at the federal level as more states continue to advance reform.

Read the letter to Garland on federal marijuana policy below: