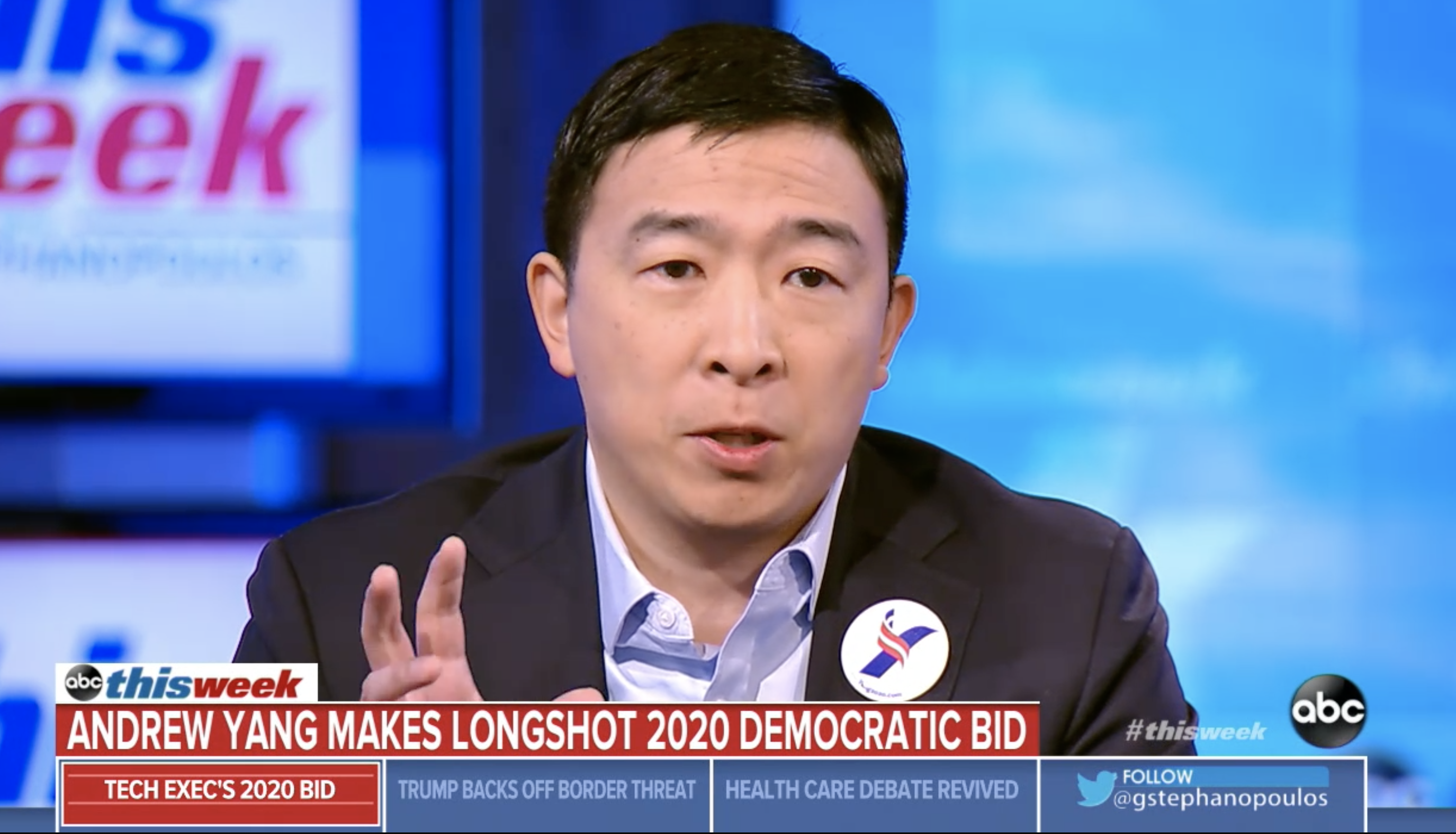 “We should explore making psilocybin mushrooms legal for medical and therapeutic use particularly for veterans,” the 2020 contender tweeted on Saturday after meeting with a military veteran in Iowa who told him that the psychedelic substance is the “only treatment he found effective for his depression after returning home.”

On Sunday, Yang followed up by quote-tweeting a CNN article about a study suggesting that psilocybin can be safely administered as a treatment for depression.

“We should pursue this – anything that makes people stronger and healthier should be more freely available,” the candidate said.

This is well-timed. We should pursue this – anything that makes people stronger and healthier should be more freely available. https://t.co/MgB49EhRg5

Yang’s campaign has sold a collection of cannabis-themed merchandise, including hats and shirts.

Psychedelics reform has taken major strides in the U.S. this year. In May, Denver voters approved a ballot measure making their city the first in the country to decriminalize psilocybin. The Oakland City Council soon followed by passing a resolution decriminalizing not only psychedelic mushrooms but also other entheogenic substances such as ibogaine, ayahuasca and mescaline.

Meanwhile, Oregon activists are currently collecting signatures to place a measure on the state’s 2020 ballot that would legalize psilocybin for therapeutic use, and advocates in California are working on an initiative to more broadly legalize the psychedelic fungus.

In September, Johns Hopkins University announced the launch of a new research center dedicated to studying the effects of psychedelics.

Although Yang has previously said he doesn’t support removing criminal penalties for substances beyond marijuana and opioids, presidential rival South Bend, Indiana Mayor Pete Buttigieg is on board with decriminalizing possession of all drugs, as is Rep. Tulsi Gabbard (D-HI).

Meanwhile, although Yang says he would consider legalizing psilocybin for military veterans, the U.S. Department of Veterans Affairs currently won’t even allow its doctors to fill out recommendation forms for medical cannabis, including in states where its use is legal.