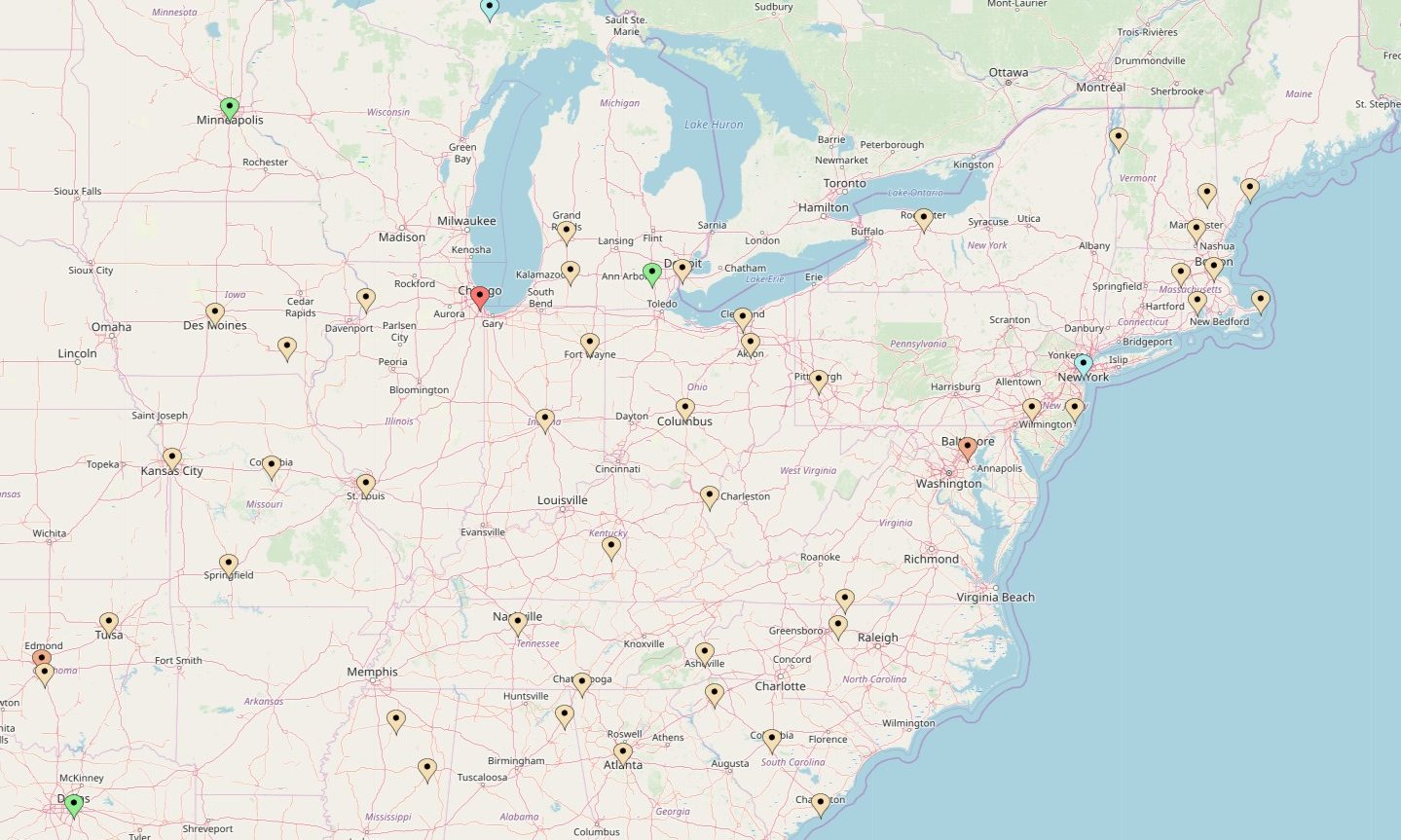 The movement to decriminalize psychedelics has spread so rapidly this year that it can be hard to keep track. But Decriminalize Nature, the group coordinating many of these initiatives, is up to the task.

The group recently shared a map with the most up-to-date information about which cities activists are targeting for efforts to remove or reduce penalties for substances like psilocybin and ibogaine, along with the status of those campaigns. All told, the map shows nearly 100 jurisdictions where decriminalization is either being considered or is already in motion. 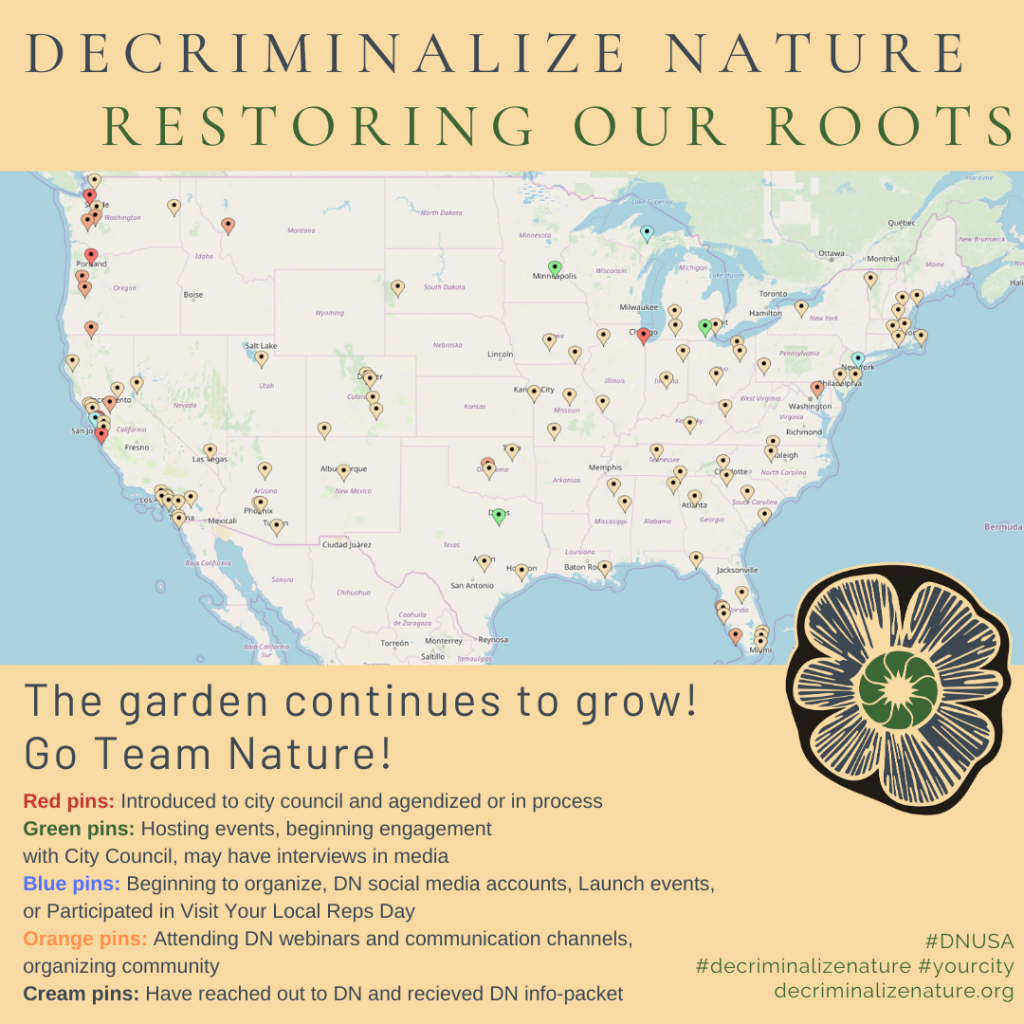 That’s significant progress considering that Denver became the first city to decriminalize psilocybin mushrooms just six months ago—a move that was followed by a unanimous City Council vote in Oakland to remove criminal penalties for a wide range of psychedelic substances such as ayahuasca and mescaline.

The bulk of cities featured on the map are in the very early stages of advancing reform, with most being identified with a cream colored pin that means activists in those jurisdictions have reached out to Decriminalize Nature and received the group’s information packet about next steps.

Orange pins indicate that activists are participating in Decriminalize Nature events, including webinars and community channels. The next level, blue pins, are for those areas where the organizing process has started, with official launch events and a social media presence.

Green pins mean the campaigns are taking steps such as engaging with City Council and talking to media. Dallas, Ann Arbor and Minneapolis each have green pins. Finally, red pins are for campaigns that have introduced City Council resolutions or are in the process of getting such measures on legislative agendas. Berkeley, Chicago, Portland, Santa Cruz and Port Townsend, Washington are at that stage.

While this map focuses on city-level efforts, it’s also the case that organizers are working to get initiatives legalizing or decriminalizing psilocybin on the 2020 statewide California ballot, and are hoping to put a measure to legalize psilocybin for therapeutic purposes on Oregon’s ballot next year.

Psychedelics reform has gotten less attention at the federal level, but that doesn’t mean it’s being ignored entirely. Rep. Alexandria Ocasio-Cortez (D-NY) introduced an amendment to a spending bill over the summer that would have removed a budget rider that she argued has inhibited research into the potential medical benefits of psychedelics. The House rejected that proposal in a floor vote, however.

The congresswoman also called for the decriminalizing of psychedelics for personal use and later broadened that to include all illicit drugs.

And a federal health agency will  host a noted psychedelics researcher to talk about the substances for an educational event next month.

This story has been updated. An earlier version misidentified Seattle as a red pin city. Seattle activists are still organizing, while Port Townsend is at a later stage.