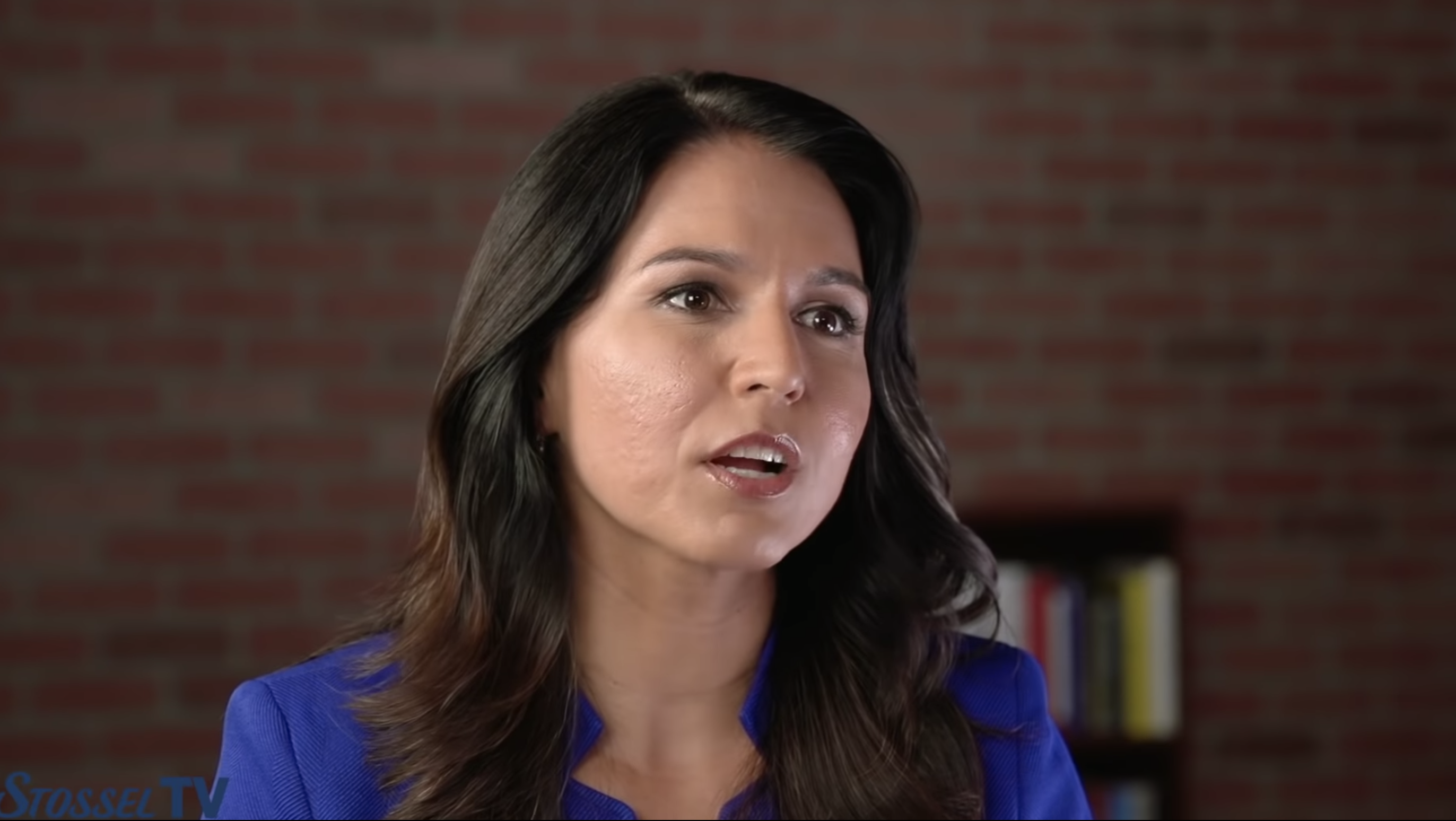 Rep. Tulsi Gabbard (D-HI) says the U.S. should move towards decriminalizing drugs other than marijuana.

In an interview published on Tuesday, the 2020 presidential candidate was asked whether she favors legalizing drugs beyond cannabis, including cocaine and heroin. She responded that illicit drugs should be decriminalized.

“I’ve never smoked marijuana. I never will,” Gabbard said. “I’ve never drank alcohol. I’ve chosen not to in my life. This is about free choice, and if somebody wants to do that, our country should not be making a criminal out of them.”

“So once we’re an adult, we own our own bodies and we ought to be able to poison them if we want?” television personality John Stossel asked.

“But you haven’t proposed legalizing heroin or cocaine or meth,” he responded.

“That’s the direction we need to take is decriminalizing an individual’s choice to use whatever substances that are there while still criminalizing those who are traffickers and dealers of these drugs,” the congresswoman said during the interview, the full video of which was published on Friday after the release of a shorter, edited version came out earlier in the week.

Stossel pushed back on that point and asked Gabbard if maintaining criminal penalties against people who sell drugs that are legal is hypocritical.

“No, it’s not at all,” she said. “I think there’s a difference here where you have those who are profiting off of selling substances that are harmful to others as opposed to those who are making those choices on their own to do what they wish with their bodies.”

The interview also touched on Gabbard’s critique of Sen. Kamala Harris (D-CA) during a Democratic presidential debate in July. The congresswoman said that, as a prosecutor, Harris “put over 1,500 people in jail for marijuana violations and laughed about it when she was asked if she ever smoked marijuana.”

“She was in a position of power to actually help fix our criminal justice system,” Gabbard said during the interview. “Instead she used that position to further perpetuate a system that was causing disproportionate harm to the people of California.”

Gabbard’s latest comments on drug policy could come up in the next debate, which she qualified for, on October 15. Previously, the candidate, who has been a leader on marijuana reform in Congress, had simply declined to rule out broad decriminalization of other drugs when asked at a town hall event.

South Bend, Indiana Mayor Pete Buttigieg, who is also running for the Democratic nomination, included planks supported decriminalization of all drug possession in platforms his campaign released this year, along with a pledge to get it done in the first term of his presidency.

In contrast, Sen. Bernie Sanders (I-VT), who made history by becoming the first major party presidential candidate to endorse cannabis legalization in 2015, said in recent weeks that he’s not yet willing to support decriminalizing drugs beyond marijuana.

“I agree with those folks who are moving in the direction of a decriminalizing at least marijuana right now,” he said in August.

But according to Gabbard, the country needs to move much further.

To that end, Oregon voters may see a measure on their 2020 ballots to decriminalize possession of all drugs, while California activists are working to qualify an initiative to remove criminal penalties for psilocybin, the active ingredient in psychedelic mushrooms.

This story has been updated to reflect that Gabbard voiced support for decriminalizing, not legalizing, all drugs. A clip of the interview that was released on Tuesday was edited in a way that omitted part of her response to Stossel’s question about legalizing drugs such as heroin, making it appear that she supported that policy. The full video, released Friday, makes clear she supports simply decriminalizing the substances.