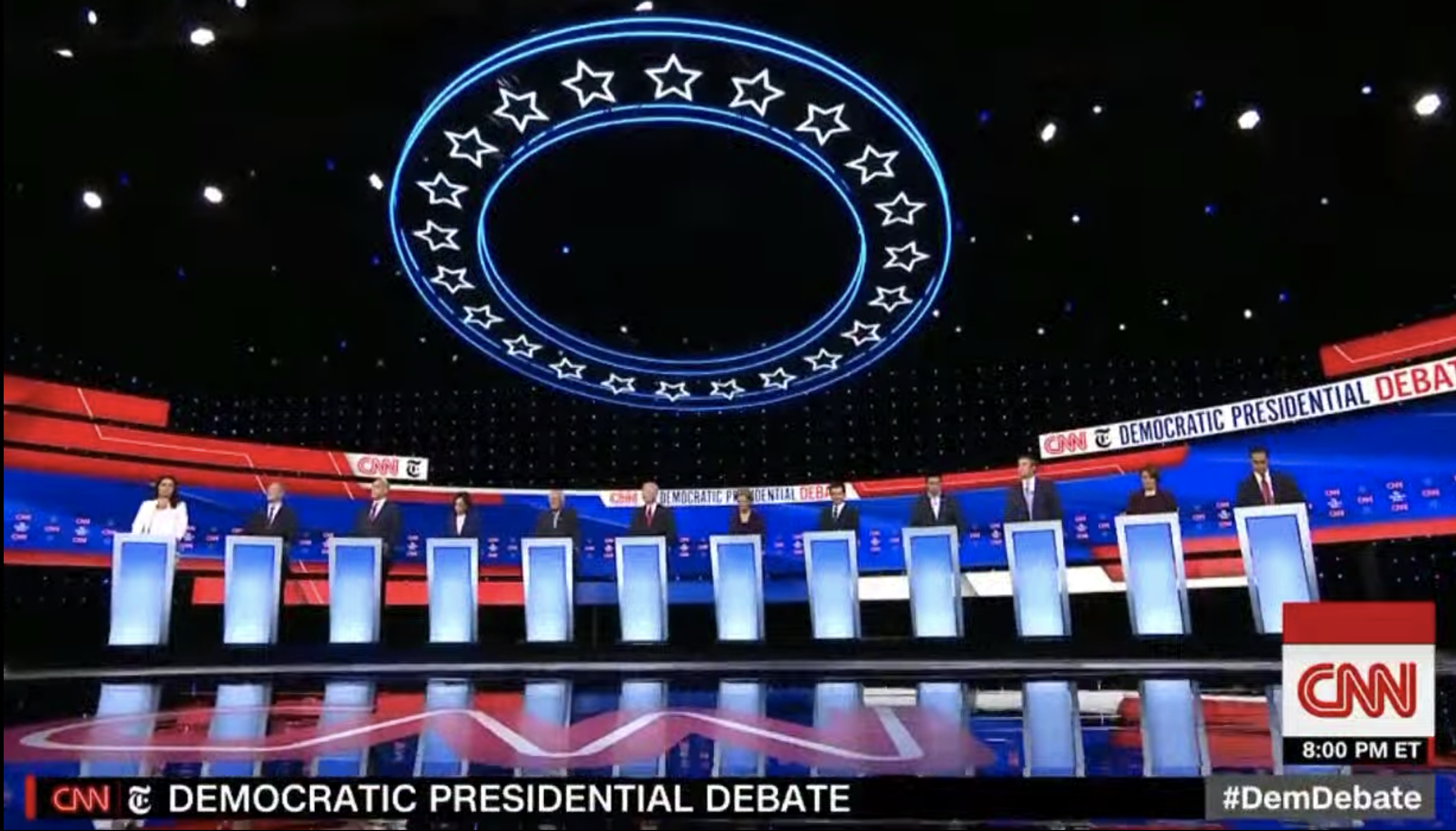 Two Democratic presidential candidates said they support decriminalizing opioids in order to combat the country’s drug epidemic on Tuesday, marking the first time the issue of removing criminal penalties for possession of illicit substances beyond marijuana has been seriously discussed on a presidential debate stage.

During the 2020 primary debate in Westerville, Ohio, entrepreneur Andrew Yang was asked about his previously expressed support for decriminalizing opioids such as heroin.

“We need to decriminalize opioids for personal use. We need to let this country know this is not a personal failing, this was a systemic government failing,” he said. “Then we need to open up safe consumption and safe injection sites around the country because they save lives.”

He also said that “we have to recognize [addiction] is a disease of capitalism run amok.”

“There was a point where there were more opioid prescriptions in the state of Ohio than human beings in the state of Ohio, and for some reason the federal government thought that was appropriate,” Yang said, noting that Ohio sued OxyContin maker Purdue Pharma for its role in the crisis.

"The least we can do is put the resources to work in our communities so our people have a fighting chance to get well." #DemDebate #YangGang #opioidcrisis pic.twitter.com/vcYn8I1OOs

The suit called on the company to pay a “two percent fine [compared to their profits] and they killed tens of millions of Americans—eight an hour,” the candidate said.

“If the government turned a blind eye to this company, spreading a plague among its people, then the least we can do is put a resource into work in our communities so that people have a fighting chance to get well, even though this is not a money problem. We all know this is a human problem. Part of helping people get the treatment that they need is to let them know that they’re not going to be referred to a prison cell, they will be referred to treatment and counseling.”

Former Rep. Beto O’Rourke (D-TX) was also asked to weigh in on whether decriminalization is a part of the solution to addiction and overdose issues.

“Yes it is,” O’Rourke said. “For many of the reasons that Mr. Yang just described.”

The former congressman cited stories he’s heard from voters during his campaign, saying that the experiences of veterans who purchased heroin after being prescribed opioids by the U.S. Department of Veterans Affairs (VA) highlighted the need for drug policy reform.

“Now imagine if that veteran, instead of being prescribed an opioid, had been prescribed marijuana because we made that legal in America, ensured the VA could prescribe it, expunge the arrest records for those who’d been arrested for possession and made sure that he was not prescribed something to which he would become addicted,” O’Rourke said.

Imagine if instead of prescribing our veterans opioids, we could prescribe them marijuana, because we made it legal in our country. Let's hold drug companies responsible for the opioid crisis—and end the war on drugs. pic.twitter.com/eJ1ypDnvL6

His comments about cannabis earned praise from Yang, who could be heard saying, “Yes, preach Beto” while the O’Rourke made his case.

If you missed it that was me saying “YES Beto, Preach” when he talked about prescribing marijuana instead of opiates. 😀

O’Rourke, Sen. Kamala Harris (D-CA) and former Housing and Urban Development Secretary Julián Castro agreed during the debate that pharmaceutical companies should be held accountable for their role in the opioid crisis.

In a follow up question about candidates’ health, a moderator directed her inquiry at Sen. Bernie Sanders (I-VT), who recently experienced a health episode. Sen. Cory Booker (D-NJ) interjected to jokingly note that “Sanders is in favor of medical marijuana, I want to make sure that’s clear as well.”

Just for the record, Bernie Sanders wants you all to know that while he supports medicinal marijuana, he's not currently on it tonight. pic.twitter.com/KCGhXsuu68

South Bend, Indiana Mayor Pete Buttigieg (D) and Rep. Tulsi Gabbard (D-HI) have stood out among the Democratic pack as being vocally in favor of drug decriminalization that extends further that marijuana.

But while Sanders made history by becoming the first major presidential candidate to back cannabis legalization in 2015, he’s resisted supporting broader decriminalization, stating that he’s “not there yet.”

That said, Sanders—as well as Sen. Elizabeth Warren (D-MA)—have backed other harm reduction policies such as legalizing safe injection sites where those suffering from addiction can consume illicit substances under medical supervision.