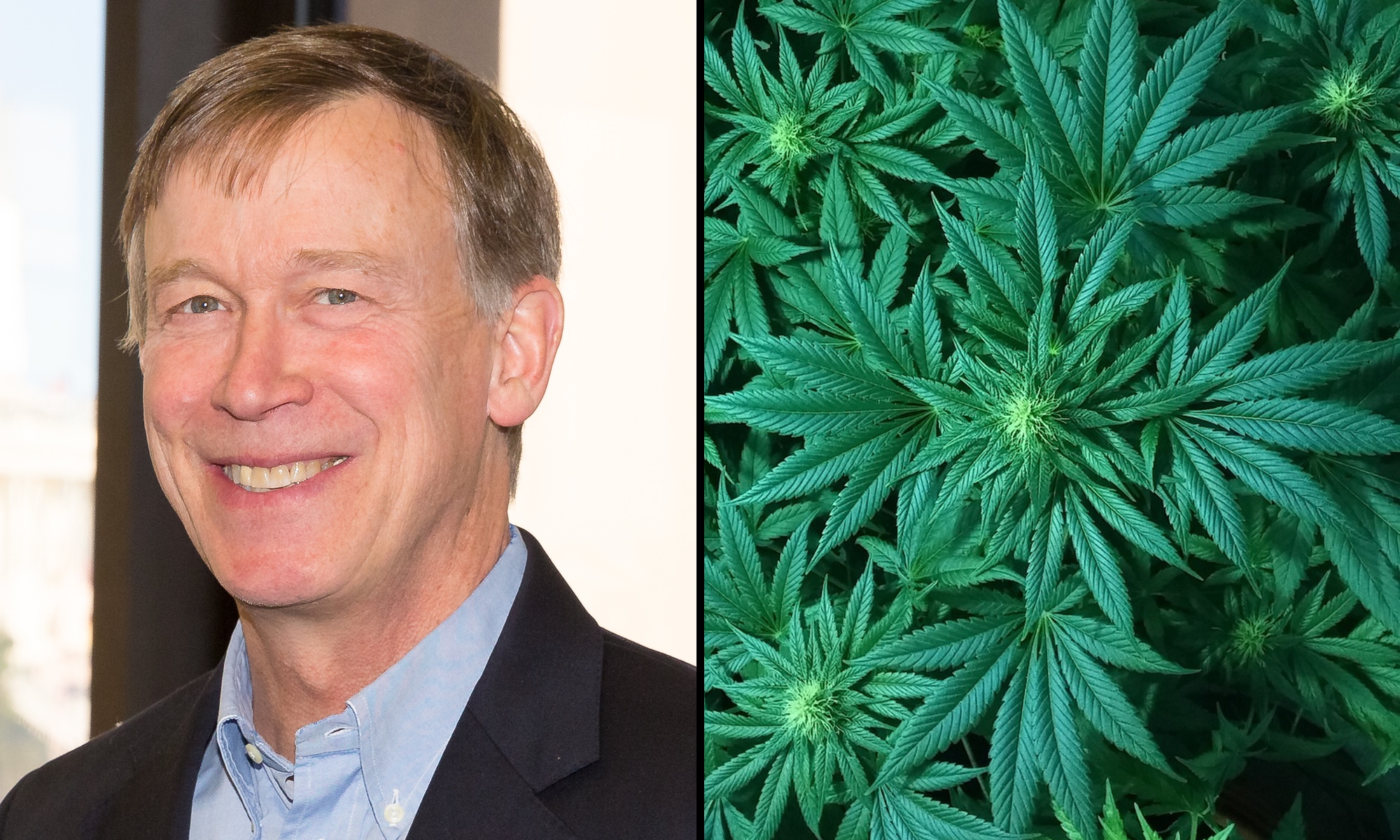 When Sen. John Hickenlooper (D-CO) served as governor of Colorado in 2012, he unsuccessfully tried to convince voters to reject a ballot initiative to legalize marijuana, in large part because he worried it would encourage more use by young people. But with years of data now generated by his state and other that have since enacted legalization, he’s admitting that his concern was unfounded.

The senator recorded a video message for an event organized by the Coalition for Cannabis Policy, Education, and Regulation (CPEAR) on Thursday, in which he talked about Colorado’s history with legalization and focused on clearing up misconceptions around the impact of that reform on underage consumption.

Around the time of Colorado’s historic 2012 legalization vote at the ballot, Hickenlooper was known to say that the measure “sends the wrong message to kids.” Now as a U.S. senator, he’s a champion of the reform, touting the state’s progress and calling for federal descheduling.

“We really did lead the way in marijuana legalization. It’s been 10 years since we legalized recreational marijuana through our Amendment 64 statewide citizen-driven initiative that I opposed,” he said at the CPEAR event. “I didn’t want Colorado to be the experiment—the Petri dish—for one of the great social experiments of the century so far. And we legalized it even though I opposed it.”

“I think we created a pretty good framework. Most of the other states have either followed it or wished they followed it,” the senator said, adding that “a big focus for me was I was so nervous about kids,” including his own younger children, who might “use marijuana more frequently” if the state legalized.

“I think we’ve proven and demonstrated that there is no increase in experimentation among teenagers. There is no change in frequency of use, no change in driving while high—all the things we most worried about didn’t come to pass,” Hickenlooper said.

And as an aside, Hickenlooper also stressed the importance of the criminal justice aspects of enacting reform.

“There’s gotta be some level of equity and making sure that the communities that had been most most burdened and damaged by the war on drugs get a fair shot at the opportunities for entrepreneurship,” the former governor said.

“At the same time, we’re protecting youth. Again, it’s an amazing thing to me,” he said. “I was pretty surprised that the data overwhelmingly showed again and again, this was a situation where the data that came out was different than almost everyone expected.”

He said that data “contains the most compelling reasons why we should deschedule marijuana on a national level and let states make up their own mind about how they want to go about implementing marijuana in their own states just like we do with alcohol.”

As Hickenlooper has said previously, while youth use not increased, more elderly residents have begun patronizing cannabis shops.

Ahead of the event on Thursday, the alcohol and tobacco industry-backed marijuana policy group CPEAR, whose executive director previously served as Hickenlooper’s cannabis czar in state government, also released a report analyzing data on youth marijuana use rates amid the state-level legalization movement.

The report points to studies that plainly contradict claims often made by prohibitionists that creating regulated cannabis markets would lead more underage people to consume marijuana.

One of the most recent surveys stressed that youth marijuana use “decreased significantly” in 2021, as did teen consumption of illicit substances overall.

Related to the report’s findings and the senator’s remarks, National Institute on Drug Abuse (NIDA) Director Nora Volkow has also conceded that her earlier concerns about increases in youth marijuana consumption resulting from legalization have so far prove unfounded, describing it as a “a surprising finding” in an interview with Marijuana Moment late last year.

In another recent interview, Volkow conceded that advocates were “right” that teen cannabis use wouldn’t spike after legalization was enacted.

Even at an event hosted by the anti-legalization group Smart Approaches to Marijuana (SAM), Volkow affirmed that adolescent marijuana use remains “stable” even as more states legalize cannabis.

The 2020 federally funded Monitoring the Future survey further found that cannabis consumption among adolescents “did not significantly change in any of the three grades for lifetime use, past 12-month use, past 30-day use, and daily use from 2019-2020.”

Another study released by Colorado officials in 2020 showed that youth cannabis consumption in the state “has not significantly changed since legalization” in 2012, though methods of consumption are diversifying.