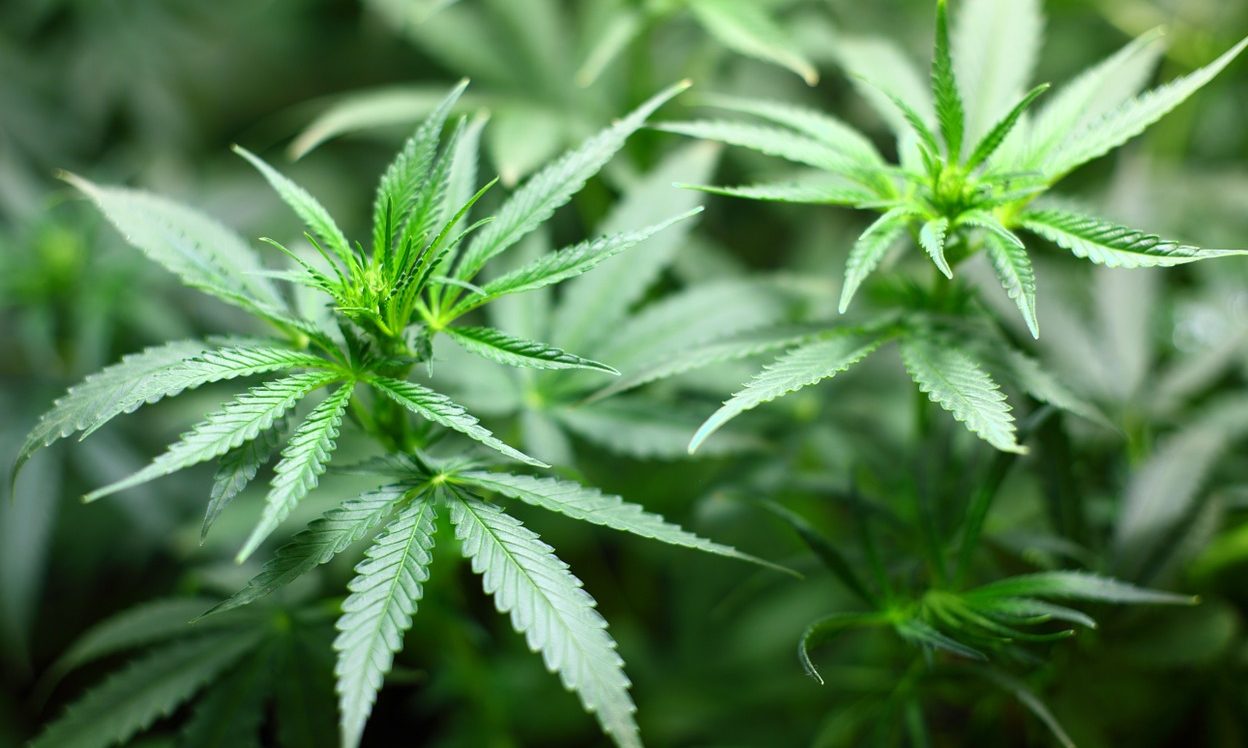 New Jersey is one step closer to launching legal marijuana sales as approved by voters last month after the state Senate and Assembly passed landmark legislation Thursday to establish a framework for the new market. The proposal now heads to the desk of Gov. Phil Murphy (D) for his signature.

Both chambers of legislature also approved separate bills to decriminalize possession of up to six ounces of marijuana and reduce criminal charges for the possession of psilocybin. The two provisions were once parts of a single measure, but lawmakers spun off the psychedelic mushroom component into standalone legislation after some took issue with pairing them together.

The marijuana sales legislation (A21/S21)—passed by the Assembly on a 49–24 vote, with six abstentions, and approved by the Senate with a 23-17 tally—is by far the most sweeping of the bills. It has also generated some controversy. Introduced by sponsors just days after more than 67 percent of voters approved a marijuana legalization referendum on Election Day, it ran into repeated delays over concerns about social equity, licensing rules and drug testing of workers.

The psilocybin bill cleared the Senate by a 22-15 vote, with three abstentions, and passed the Assembly, 51-22, with six abstentions.

The marijuana decriminalization proposal was approved by the Assembly in a 64-12 vote, with three abstentions, and the Senate approved it, 31-2.

The final cannabis legalization legislation is the result of a compromise announced less than a week ago by top lawmakers and the governor, and includes a number of amendments made in committees earlier this week and only published online for public consumption after the fact on Wednesday afternoon. Sponsors have explained their rush by saying it’s necessary to pass the legislation before the voter-approved legalization of cannabis in the state Constitution takes effect on January 1.

After the deal was reached, the governor and legislative leaders released a joint statement saying the revised legislation “will accomplish our shared goals of delivering restorative justice and ensuring that the communities most impacted by the War on Drugs see the economic benefits of the adult-use cannabis market.”

“This is a historic reform that will have a real-life impact on social justice, law enforcement and the state’s economy. It will launch a new cannabis industry with the potential to create jobs and economic activity at a time when it is desperately needed,” Senate President Steve Sweeney (D) said in a press release after the bill’s passage. “We will now be able to move forward to correct social and legal injustices that have had a discriminatory impact on communities of color at the same time that marijuana is regulated and made legal for adults.”

Among the most notable changes to the bill since its introduction last month is the inclusion of a social equity excise tax and a provision to route 70 percent of all state marijuana sales tax to so-called impact zones, areas determined by the state to have been disproportionately affected by marijuana prohibition. The money would fund legal aid, health care, workforce training and other programs for residents of those areas.

Asw. @AnnetteQuijano on the passage of A-21, regulating Adult-Use Cannabis in New Jersey:

"This is a commitment to hope and opportunity, and social and economic justice for New Jerseyans – especially black and brown communities." pic.twitter.com/9hU2x1UeCZ

Sweeney, along with Judiciary Committee Chairman Nick Scutari (D), has also proposed a separate 2021 ballot question that would enshrine equity funding as a constitutional amendment and as a result shield the money from being directed to other programs as part of the state’s annual budget process.

While equity advocates have welcomed those changes, the ACLU of New Jersey and others say the new law still wouldn’t do enough to redress racial injustices of the drug war or ensure a path for victims of prohibition to profit from the new industry, as some other legal states have attempted to do.

Our work is still unfinished.

We have more work to do during the regulatory and budget processes and in future legislation.

We’ll keep fighting for more equity provisions that address the injustices of cannabis prohibition and build an inclusive industry at every level.

Jessica Gonzalez, general counsel for Minorities for Medical Marijuana, said this week that she would have liked to see lawmakers add a special social equity status for license applicants. “There’s still a considerable amount of uncertainty surrounding the tax allocation to social equity programs,” she said.

The legislation passed Thursday would give priority to applications for businesses that include a person who has resided in an impact zone for three or more years, or for businesses that plan to hire at least 25 of their employees from impact zones. Gonzalez and others warn that could allow large businesses to move in to a town and hire only a small number of local workers.

Another recent change to New Jersey’s cannabis legislation would limit the state to granting 37 marijuana cultivation licenses to commercial growers during the first two years of legal sales. That could benefit existing medical cannabis producers, who would be allowed to sell to adults over 21 as soon as they certify they have enough supply to meet existing patient demand.

Proponents of dropping the license cap, meanwhile, said removing it would allow a more diverse array of businesses to participate, including those with less access to capital. The legislation does not set a limit on licenses for microbusinesses, or those that employ 10 or fewer people.

Under another recent amendment, employers would be allowed to require workers to take drug tests based on “reasonable” suspicion of cannabis use in addition to pre-employment or regular employee drug screening. Drug tests would need to be done alongside a physical examination done by a person specifically trained to recognize cannabis use, which some businesses have complained would be impracticable.

Meanwhile, legalization advocates have complained that the legislation would continue to criminalize people who grow their own cannabis at home for personal consumption—unlike most other legalized states.

The legalization of #marijuana will usher in a new industry that can support over 40,000 #jobs while creating #economic activity that NJ desperately needs at this time. We are excited by the potential growth that this industry shows for the #GardenState.https://t.co/mRv6WavlEj pic.twitter.com/ggPM9fEG3L

A separate cannabis bill up Thursday for a full vote by the legislature would decriminalize possession of up to six ounces of marijuana. That measure, S2535/A1897, was introduced before voters approved marijuana legalization but would nevertheless still apply, removing criminal and civil penalties for cannabis possession. The commercial sales regulation bill, by contrast, allows legal possession of up to a single ounce of marijuana.

The decriminalization measure would also allow for “virtual” expungements of cannabis possession convictions that occurred prior to the bill’s enactment and prevent police from using marijuana odor as a justification to perform a search.

“Not only are we decriminalizing possession but also first offenses for low-level distribution, a move which will offer individuals a second chance and ensure they do not become entangled in the system the first time they are caught selling small quantities of marijuana,” Senate President Pro Tempore M. Teresa Ruiz (D), the bill’s lead sponsor, said in a statement last month. “This is yet another step towards bringing justice and equity to historically impacted communities.”

The marijuana decriminalization bill at one point contained a provision that would also reduce criminal penalties for possession of psilocybin mushrooms, although it would not decriminalize it completely. That amendment was added by Scutari in committee, and then removed over concerns it could derail the broader decriminalization measure.

It was reintroduced as a standalone bill, A5084/S3256 and is also set for final legislative votes on Thursday. The measure would reduce possession of up to one ounce of psilocybin mushrooms to a disorderly persons offense, punishable by a maximum $1,000 fine and up to six months in jail.

New Jersey Attorney General Gurbir Grewal (D) late last month directed prosecutors to adjourn most marijuana possession cases until at least January 25. Legal sales could kick off early next year, and passage of the decriminalization bill would eliminate the need for most prosecutions for simple possession.

Sweeney, the Senate president, applauded the attorney general’s move. “Now that the people of NJ have spoken,” he wrote in a tweet, “no one should be subject to facing criminal charges for minimal amounts of this substance.”

Also on Thursday, the Senate approved legislation to revise “the restrictions that apply to ownership of or investment in a medical cannabis dispensary and other types of alternative treatment centers,” according to a summary. The vote was 32-8.