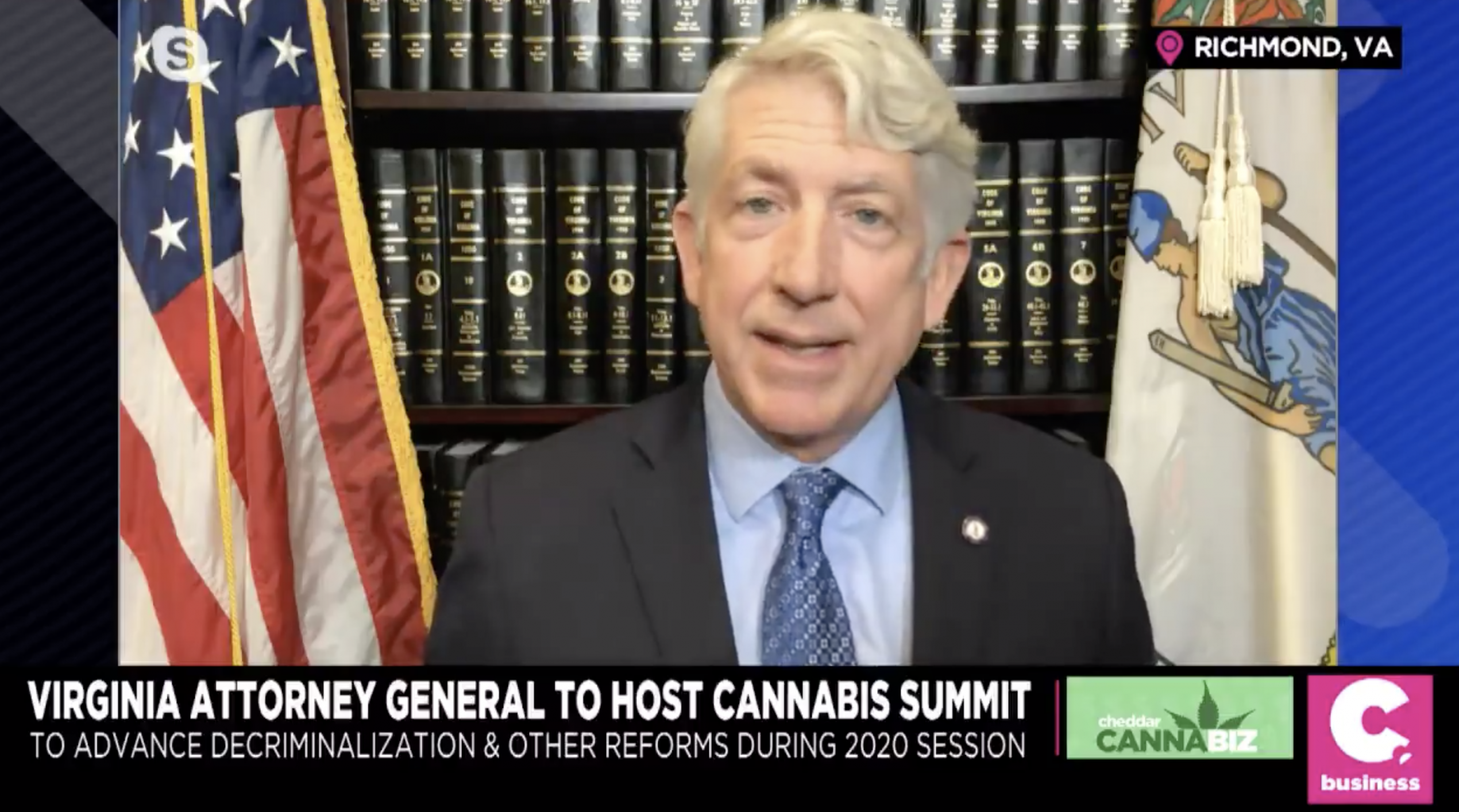 Virginia’s attorney general indicated on Tuesday that one goal of a marijuana reform summit he’s hosting next week is to provide the governor with information he needs to get behind cannabis legalization.

Attorney General Mark Herring said that with new Democratic legislative majorities elected in November’s elections, the state is well positioned to advance cannabis reform that has stalled under the current General Assembly. That’s why he’s organizing an event to answer questions about the policies and set lawmakers up to pass decriminalization legislation as well as develop a plan to more broadly legalize marijuana for adult use.

But a question has remained as to whether legalization will get the support of Gov. Ralph Northam (D), who campaigned on the more incremental move of decriminalizing possession and talked about the issue in his State of the Commonwealth address this year but has not explicitly backed broader reform.

“Based on my conversations, he supports decriminalization,” the attorney general told Cheddar in response to a question about the governor’s cannabis stance. “Like a lot of people, I think they’d like to get more information about what legalization and what regulated, adult-use would look like.”

“Criminalizing marijuana possession is not working.” Attorney General @MarkHerringVA said he will host a #cannabis summit to advance decriminalization in Virginia. #CheddarLive pic.twitter.com/ecB4BSQo5w

“There are some big questions out there about what Virginia needs to settle for itself,” Herring, who is running for governor himself in 2021, said. “Other states have talked about it, came to a consensus in their states about how to respond to that and do it—I think that’s something that we need to have that conversation in Virginia now and give lawmakers, policymakers, including the governor, more information, more tools.”

According to an invitation for Herring’s event, which is set to take place on December 11, the summit is “designed to better inform those discussions and offer perspectives from states that have implemented similar changes at the state level.”

Besides decriminalization and legalization, the event will also feature panels centered on CBD and hemp regulations, as well as social equity.

“I hope to give lawmakers more information, to get their questions, address any concern they might have,” Herring said. “I’m bringing experts in. I’m bringing folks from other states that have already taken these steps so they can share the experiences that they’ve had with decriminalization and legalization.”

“I really hope that this will build on the momentum that we started earlier last summer, then with the new elections having happened, we’ll have new leadership because some of these reform measures that have bene proposed had consistently been defeated in the old Republican leadership in the state legislature,” he said. “Now we’ve got a whole new team coming in and I think it’s a historic opportunity for Virginia to really make a major step here.”

Herring pointed to polling that shows Virginia residents are supportive of reform and said legislative efforts will be bolstered by a cannabis caucus that’s formed in the legislature.

The top law enforcement official has been a strong advocate for decriminalization and legalization, emphasizing the waste of police resources dedicated to enforcing criminalization, the long-term harms of criminal records for low-level cannabis offenses and the need for policies that are equitable.

“The social and human costs [of prohibition] are tremendous, and the weight of the system falls disproportionately on African Americans and people of color,” he wrote in an op-ed last month. “There are smarter, better ways we can handle cannabis and that begins with decriminalizing simple possession of small amounts, addressing past convictions and moving towards legal, regulated adult use.”

A lawmaker in the state has already prefiled a cannabis decriminalization bill for the 2020 session that would make possession of up to one ounce of marijuana punishable by a maximum $50 civil penalty.