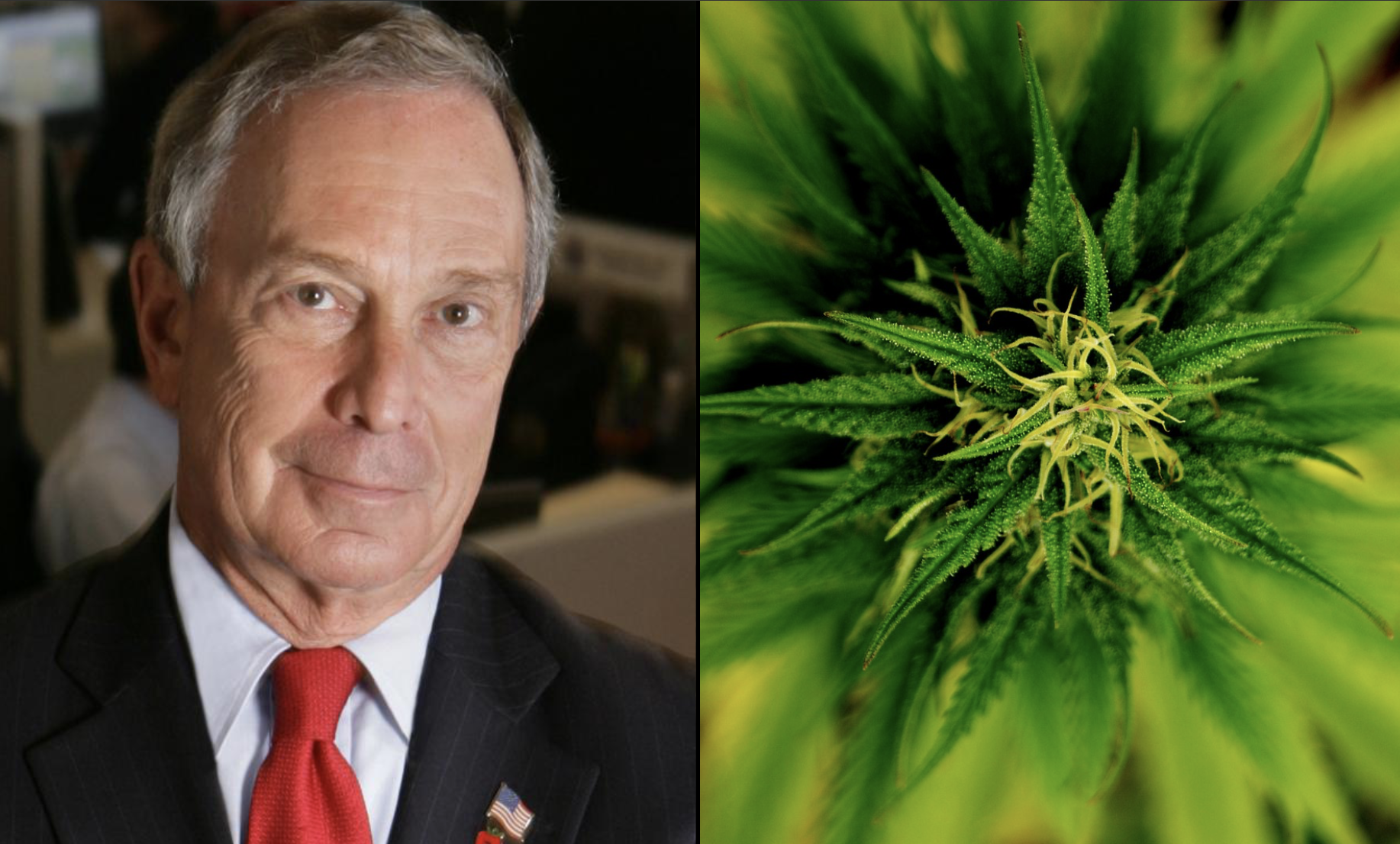 Former New York City Mayor Michael Bloomberg (D), who launched a late bid for the Democratic nomination last month, has faced criticism over dismissive remarks he’s made about marijuana legalization—calling it “perhaps the stupidest thing anybody has ever done” earlier this year—as well as the record-high cannabis arrest rate in the city during his time in office.

Now it appears he’s hoping to distance himself from that anti-cannabis image, with the Wall Street Journal reporting on Wednesday that a forthcoming criminal justice reform plan will include and endorsement of simple decriminalization and that he backs states’ rights to end prohibition without federal intervention, though details are sparse.

“He believes no one should have their life ruined by getting arrested for possession, and, as a part of his reform efforts that drove incarceration down by 40 percent, he worked to get New York State laws changed to end low-level possession arrests,” a spokesman told the Journal. “He believes in decriminalization and doesn’t believe the federal government should interfere with states that have already legalized.”

In 2011, Bloomberg opposed a New York state bill that sought to treat low-level possession with a court summons and fine rather than jail time, but two years later came out in support of legislation to reduce criminal penalties for the offense and called for changes in the way law enforcement handles such cases.

Even if the candidate’s new plan does contain proposals to decriminalize marijuana possession or allow states to set their own policies, Bloomberg would still be several paces behind the majority of Democratic candidates, almost all of whom back comprehensive legalization and removing cannabis from the Controlled Substances Act with a focus on ensuring that the legal industry is socially equitable.

He has company in former Vice President Joe Biden, another presidential candidate, however. Biden has faced scrutiny over his role in advancing punitive anti-drug laws during his time in the Senate and, while he’s evolved on the issue to voice support for decriminalization, medical cannabis and modest federal rescheduling, he’s also declined to back adult-use legalization.

Both candidates have also made recent remarks about marijuana that have raised eyebrows. Before walking back the statement last week, Biden said days earlier that he doesn’t support broad reform partly because cannabis could be a gateway to more dangerous drugs. Bloomberg said at the beginning of this year that legalization is “perhaps the stupidest thing anybody has ever done” and “doesn’t make any sense at all.”

While both candidates are just getting around to embracing marijuana decriminalization, other candidates who back legalization are pushing for decriminalization of all drugs. That includes South Bend, Indiana Mayor Pete Buttigieg and Rep. Tulsi Gabbard (D-HI), while former Housing and Urban Development Secretary Julián Castro said he is open to considering the broad policy shift.