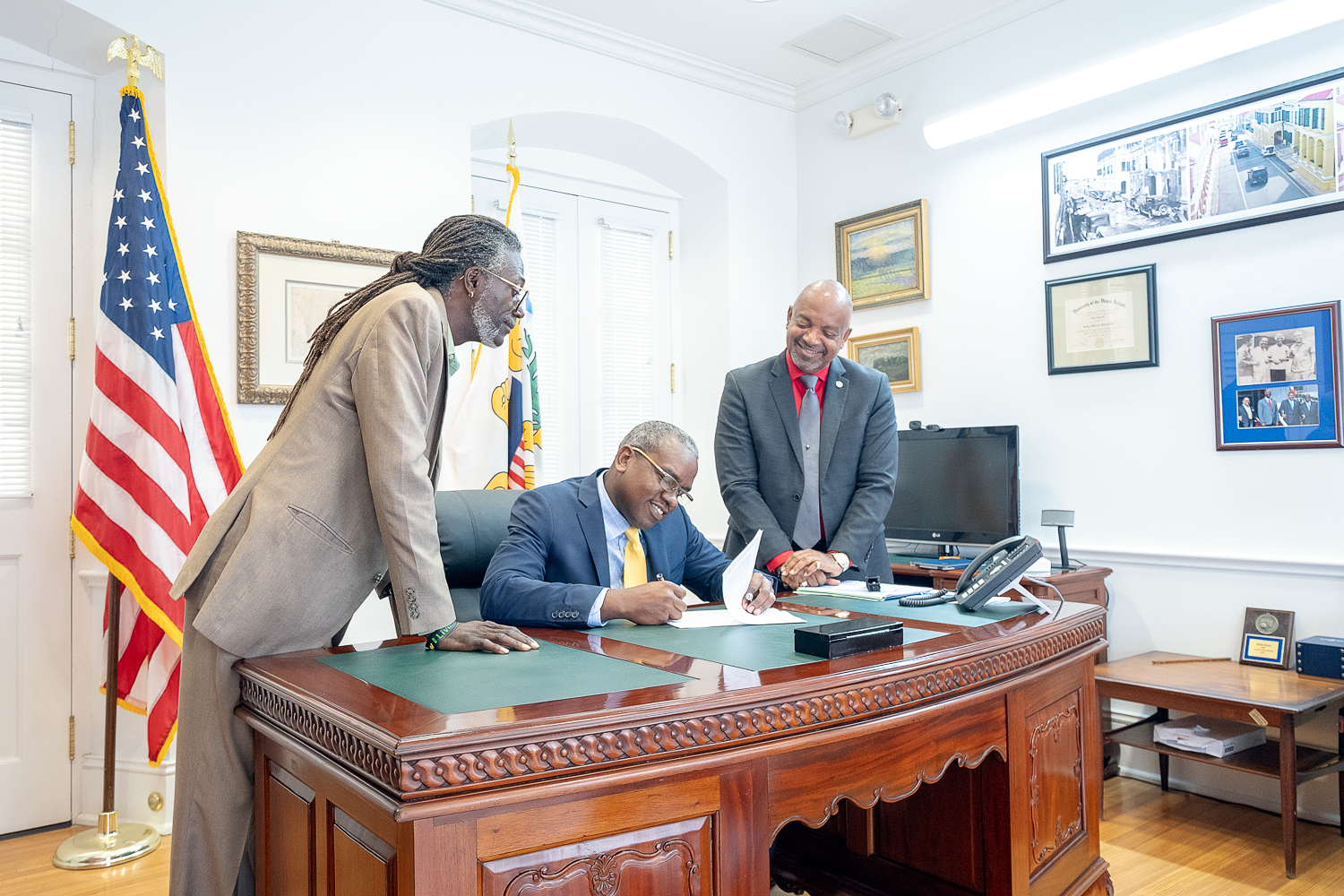 The governor of the U.S. Virgin Islands (USVI) is calling the legislature into special session this month to consider adult-use marijuana legalization.

If the measure proposed by Gov. Albert Bryan Jr. (D) is adopted, USVI would become the third U.S. territory to legalize cannabis, following Guam and the Commonwealth of the Northern Mariana Islands.

“This amendment creates a regulated system, enables tourists and increases tax revenue to the government of the Virgin Islands,” Bryan said at a press conference, calling marijuana “a new revolution that has taken the nation by storm.”

The legislature will consider the amendment as an addition to the territory’s current medical cannabis program on December 18. Bryan signed that existing policy into law earlier this year, though it hasn’t yet been implemented as regulatory body nominations have been held up in the legislature.

Under the new proposal, which Vibe High first reported, people over the age of 21 would have to obtain a license from the territory in order to purchase and grow marijuana. The governor did not use the term recreational while discussing the legislation, instead calling the licenses “non-prescribed” or “non-medicinal.” The medical cannabis program would remain intact.

The government anticipates upwards of $20 million dollars in annual tax revenue from the adult-use program. Cannabis would be taxed at 30 percent, with revenue distributed as such: 75 percent to the government retirement system, 20 percent to funding senior citizens initiatives and five percent to the territory’s Office of Cannabis Regulations.

“The reality is, we have come to a time when we must take action,” Bryan said. “We needed to have a funding stream we could depend on.”

Tourism is expected to play a role in generating marijuana revenue. The territory will offer visitors “day passes” for adult-use cannabis. “People come here for relaxation, vacation,” Bryan said, noting that tourists would be charged $10 a day to take advantage of the USVI’s legal cannabis system. “We have the products they are accustomed to at home.”

Language built into the bill aims to help domestic farmers, stating that dispensaries must source 70 percent of their marijuana from local growers, according to Vibe High.

“One of the things we strove to do was to make sure that those who were victimized for cannabis use in the past would be exonerated of those crimes,” Bryan said, calling expungement of prior records a “key component” of the bill.

The legislation also encourages research into the benefits of cannabis and recognizes the plant as a sacrament of the Rastafarian religion.