A majority of Americans are in favor of decriminalizing all drugs, according to a survey by the libertarian think tank Cato Institute.

The poll, which involved phone interviews with 1,700 adults, showed that 55 percent of Americans want to treat drug offenses like civil infractions that don’t carry jail time, as opposed to the current criminalization model. While numerous surveys have found majority support for marijuana legalization, few if any polls have previously shown such strong support for a wholesale overhaul of American drug policy.

Participants were asked to answer whether they’d “favor or oppose re-categorizing drug offenses from felonies to civil offenses, meaning they would be treated like minor traffic violations rather than crimes.” 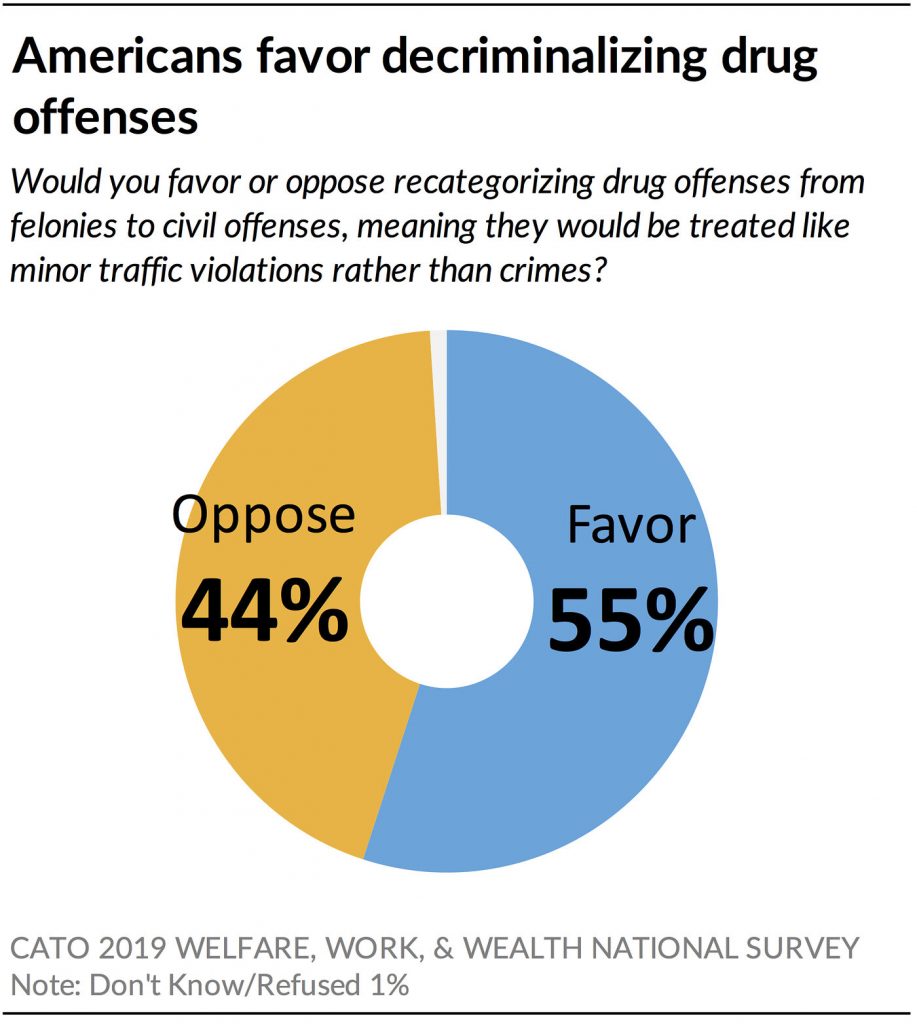 Democrats were the most likely to support drug decriminalization, with 69 percent in favor and 30 percent opposed. A majority of those who identified as independent also embraced the policy, at 54 percent. Forty percent of Republicans said they want to lower criminal penalties for drug offenses, while 59 percent in the GOP said they opposed the proposed change. 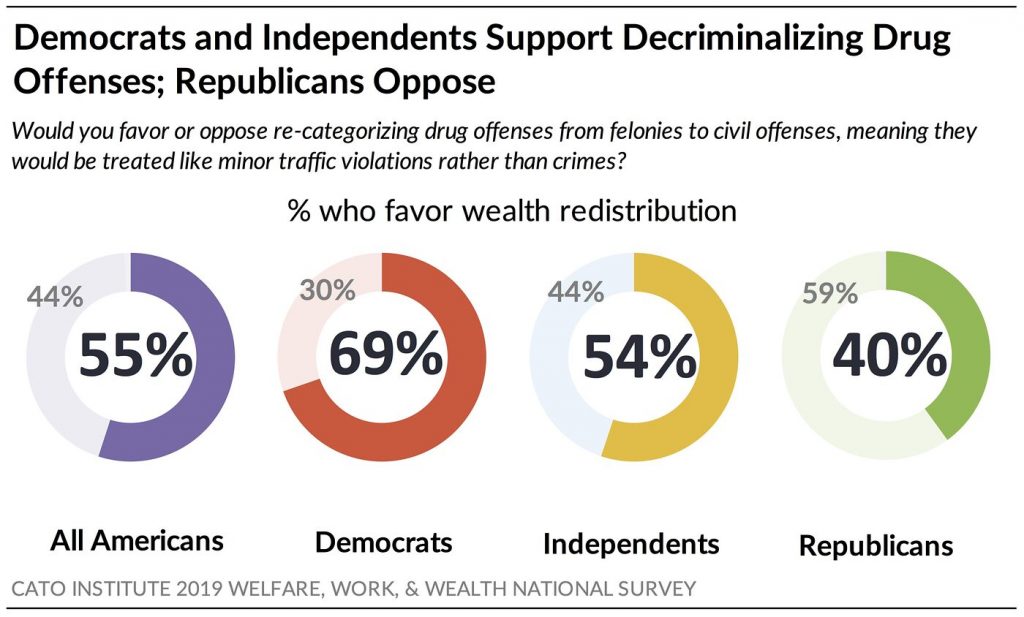 (The Cato graphic above appears to include an error attributing the response percentages to a separate question about support for wealth redistribution.)

Interestingly, people who self-identify as libertarian were ten percentage points less likely to support decriminalization (59 percent) than Democrats, despite the hands-off policy fitting squarely within a libertarian ideology. Those most aligned with Cato Institute’s libertarian perspective are even less embracive of lifting criminal penalties for drug offenses than are respondents who identified themselves as very liberal, with 75 percent of that group in favor.

There was majority support for drug decriminalization among men (55 percent) and women (53 percent) in the poll, which was conducted from March 5-8 and released last week. A majority of people from all age groups and racial backgrounds, except Latinos, back the policy.

Drug decriminalization is gaining traction as more people view addiction as a public health, rather than criminal justice, issue.

South Bend Mayor Pete Buttigieg, a 2020 Democratic presidential candidate, include decriminalization as part of his racial justice plan that he released in July, arguing that the country “cannot incarcerate ourselves out of this public health problem.”

But Sen. Bernie Sanders (I-VT) has said a couple times on the campaign trail that he’s “not there yet” when it comes to broader decriminalization.

Twenty U.S. prosecutors visited Portugal to learn about the country’s drug decriminalization model in July, with one announcing her support for legislation to allow states to set their own cannabis policies following the tour.

Also this summer, a Canadian House Committee recommended that the country decriminalize all drugs, and shortly thereafter a lawmaker filed a bill to do so, though it didn’t receive a vote.