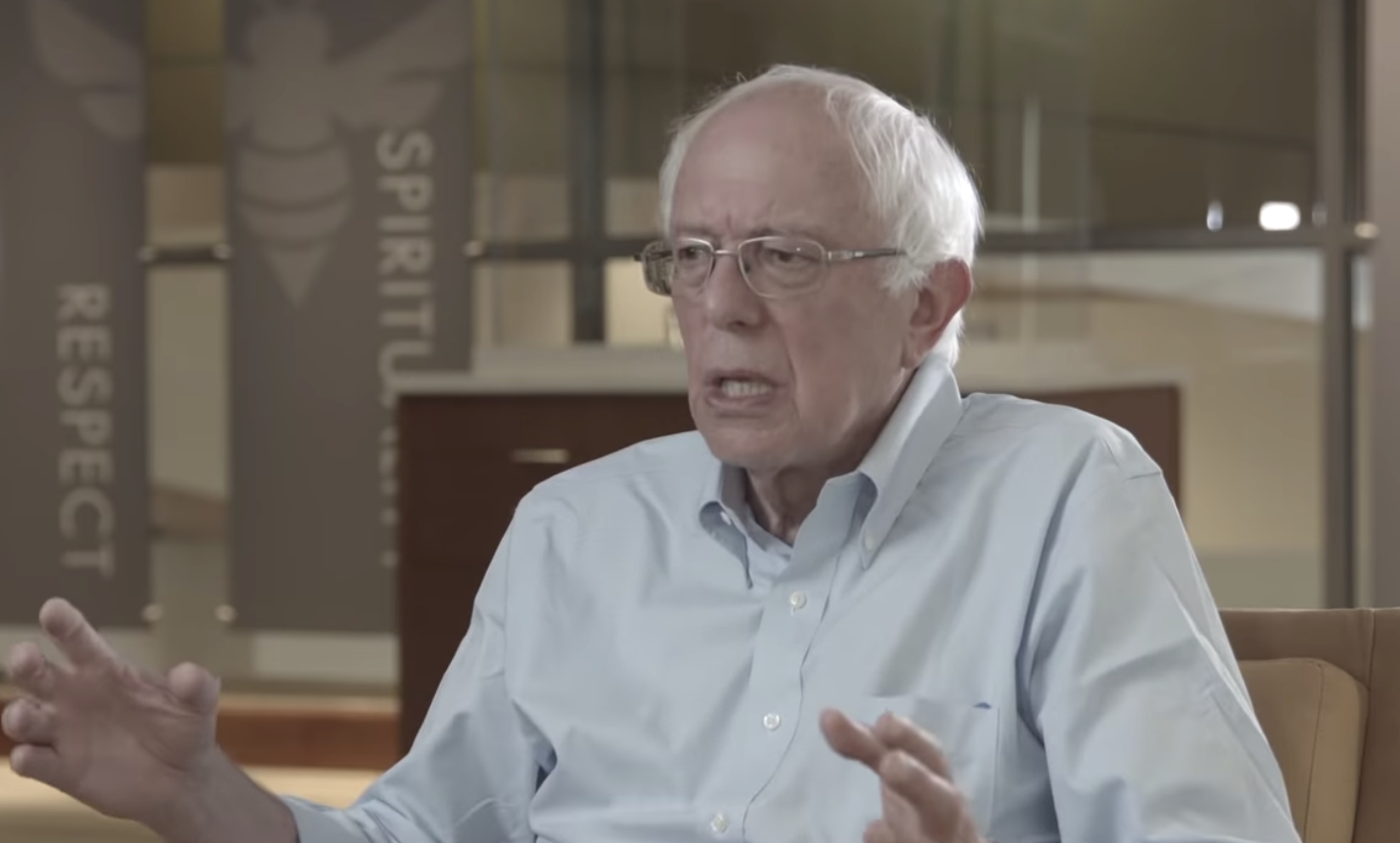 Sen. Bernie Sanders (I-VT) says he’s “not there yet” on decriminalizing drugs other than marijuana.

The 2020 Democratic presidential candidate addressed the issue during an interview with The Hill, which was published on Tuesday. While Sanders said that efforts to reduce arrests and treat addiction as a public health matter is “a movement in the right direction,” it doesn’t solve the core problem and he’s not on board with enacting a formal decriminalization policy.

“First of all, you have to ask the question, why is it that so many people are falling into drugs, into alcohol and into despair? That’s an issue altogether,” he said, adding that he believes the reason is that there’s “a lot of pain in this country, and I think people are running away from that pain.”

“I agree with those folks who are moving in the direction of a decriminalizing at least marijuana right now,” he said.

The Hill’s Krystal Ball asked why Sanders was hesitant and he said it’s because “heroin is a killer.”

“You want to push heroin, sorry I’m not too tolerant to that,” he said.

Ball noted that the decriminalization proposals she was referencing wouldn’t extend to dealers but rather people suffering from addiction. Sanders replied simply that we “have to treat addiction” but didn’t indicate that he thought broad decriminalization would be part of that solution.

The exchange was similar to a conversation the senator had with podcaster Joe Rogan earlier this month, where he was also pressed on moving beyond cannabis reform. Rogan asked Sanders if he’d consider legalizing or decriminalizing all drugs as a means to disrupt the illicit market.

Other Democratic presidential candidates are more open-minded about taking a decriminalization approach to the drug crisis. South Bend, Indiana Mayor Pete Buttigieg included decriminalizing possession of all drugs in a mental health plan he released last week, for example. And Rep. Tulsi Gabbard (D-HI) didn’t rule out the policy during a CNN town hall event in March.

In 2015, during the course of his last campaign, Sanders filed the U.S. Senate’s first-ever marijuana descheduling bill and became the first major presidential candidate to personally endorse cannabis legalization.