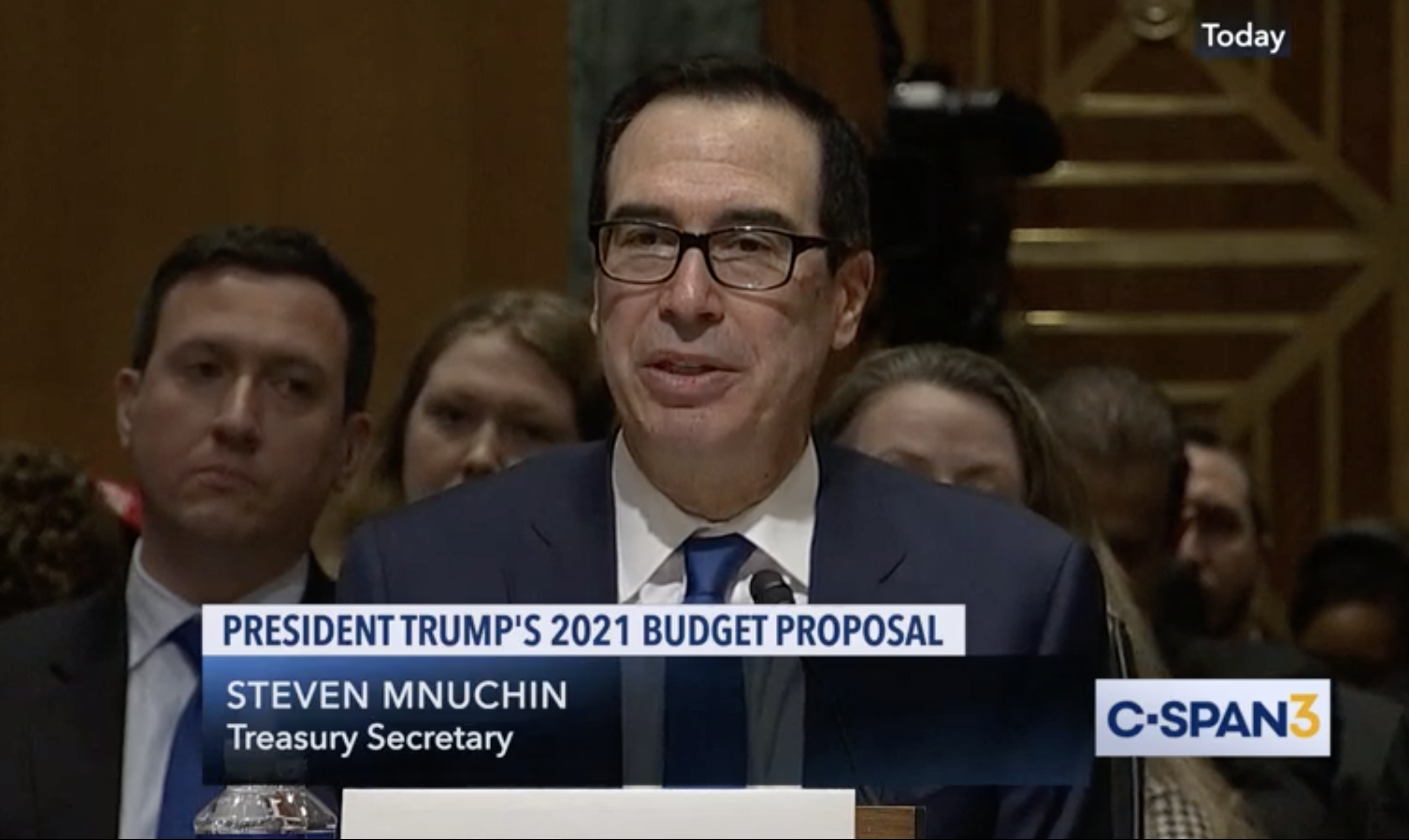 A Republican senator recently pressed the head of the Treasury Department on whether marijuana businesses qualify for a federal tax benefit.

During a Senate Finance Committee hearing on Wednesday, Treasury Secretary Steven Mnuchin was asked about the “opportunity zone” tax credit, which is meant to encourage investments in “distressed,” low-income communities through benefits such as deferrals on capital gains taxes.

Sen. James Lankford (R-OK), whose state’s voters approved a medical marijuana ballot measure in 2018, told Mnuchin that businesses that derive more than five percent of their profits from things like alcohol sales are ineligible for the tax credit, but there’s “not a definition dealing with cannabis businesses.”

“Are they within that five percent amount or are they not at all because there’s a federal prohibition on cannabis sales?” the senator asked.

“I’m going to have to get back to you on the specifics,” Mnuchin replied.

“That’d be helpful to get clarity because there are cannabis businesses across the country that, if they fall in opportunity zones, they’ll need clarification on that,” Lankford said. “When you and I have spoken about it before—it’s difficult to give a federal tax benefit to something that’s against federal law.”

Lankford, who opposes legalization and appeared in a TV ad against his state’s medical cannabis ballot measure, has raised this issue with the Treasury secretary during at least two prior hearings. When he questioned whether cannabis businesses qualify for the program last year, he clarified that he personally does not believe they should.

While Mnuchin’s department has yet to issue guidance on the issue, he said in response to the earlier questioning that his understanding is that “it is not the intent of the opportunity zones that if there is this conflict [between state and federal marijuana laws] that has not been cleared that, for now, we should not have those businesses in the opportunity zones.”

Mnuchin has also been vocal about the need for Congress to address the lack of financial resources available to state-legal marijuana businesses. Because so many of these companies are forced to operate on a largely cash-only basis, he said the Internal Revenue Service has had to build “cash rooms” to store their tax deposits.

“There is not a Treasury solution to this. There is not a regulator solution to this,” he said during one hearing. “If this is something that Congress wants to look at on a bipartisan basis, I’d encourage you to do this. This is something where there is a conflict between federal and state law that we and the regulators have no way of dealing with.”

Last week’s Finance Committee hearing was centered around President Trump’s Fiscal Year 2021 budget request, which separately includes a provision calling for the elimination of an appropriations rider that prohibits the Justice Department from using its fund to interfere in the implementation of medical cannabis laws as well as a continued block on Washington, D.C. spending its own local tax dollars to legalize marijuana sales.