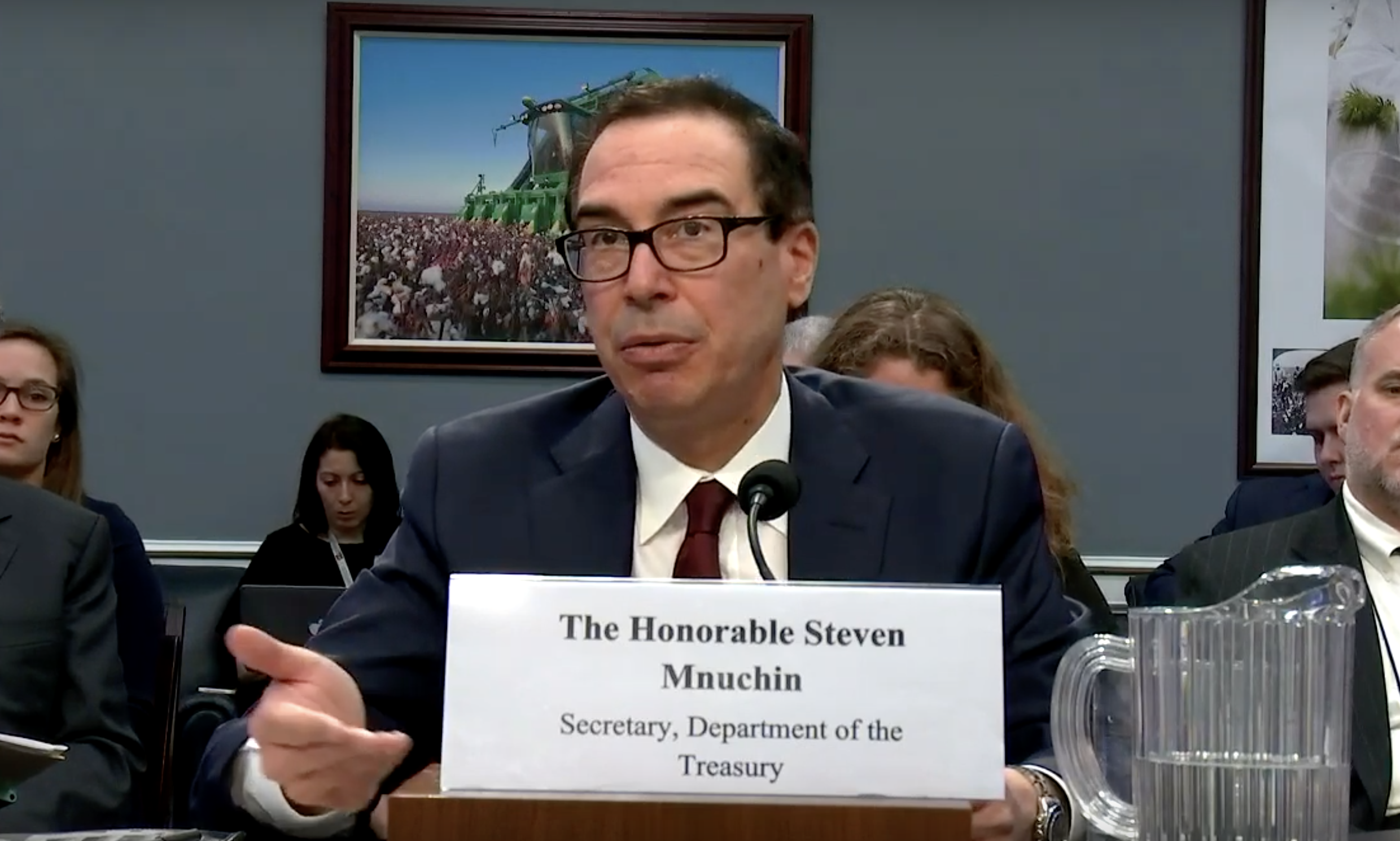 The head of the U.S. Treasury Department said on Tuesday that there is no regulatory solution to existing banking access issues for the marijuana industry, and he encouraged Congress to resolve the problem with legislation “on a bipartisan basis.”

During a House appropriations subcommittee hearing, several lawmakers asked Treasury Secretary Steven Mnuchin about what could be done to provide state-legal cannabis businesses with access to financial institutions.

The Trump administration official agreed that it was a problem, noting that the Internal Revenue Service (IRS) has had to build “cash rooms” for taxes paid by marijuana companies, but he said the matter was outside the Treasury’s jurisdiction.

“Let me just say, I hope this is something that this committee can on a bipartisan basis work with since there are people on both sides of the aisle that share these concerns,” Mnuchin told Rep. Charlie Crist (D-FL). “I will just say I don’t believe this is a failure of the regulators. I want to defend the regulators on this issue.”

“The problem is there is a conflict between the federal law and the state law, and I’m not making a policy comment on what the right outcome is, but I, too, share your concern,” he said.

Calls for clarity on the banking issue have been widespread. Last week, the presidents of three Federal Reserve banks urged lawmakers to pass legislation that would provide guidance to financial regulators on servicing cannabis businesses. These companies have made clear to Congress that the existing situation, which has forced the industry to operate on a largely cash-only basis, is untenable.

Not only does that make the businesses targets of crime, but Mnuchin said the IRS “cash rooms” for cannabis-related tax deposits also create “all different types of security issues.”

Rep. David Joyce (R-OH) also raised the issue during the hearing, asking Mnuchin if he could connect him with senior staff members at the Treasury to advise in the legislative process. The secretary said he would follow up and then repeated that conflicting federal and state laws are at the center of the problem.

“We’re not taking a policy position on the conflict of federal versus state, but this is something that does create a conflict in our ability to administer many areas,” he said.

Rep. Mike Quigley (D-IL), chair of the subcommittee, commended Joyce for his “clear, consistent, ongoing concern for the issue related to cannabis banking and the related issues that go with it.”

Rep. Norma Torres (D-CA) didn’t ask Mnuchin a question about marijuana banking, but she did briefly comment about the issue and said “[w]hen there’s so much cash around, it creates a lot of problems.”

“When I look at crime around facilities that sell cannabis, it’s a big issue in our communities and I hope that you’ll take some time to look into that,” she told the secretary.

At least one potential legislative fix has taken shape in recent months, with a bipartisan bill that would protect financial institutions that work with marijuana companies having passed a key committee with a bipartisan vote last month. That legislation is expected to be placed on the calendar for a full House vote in the coming weeks.