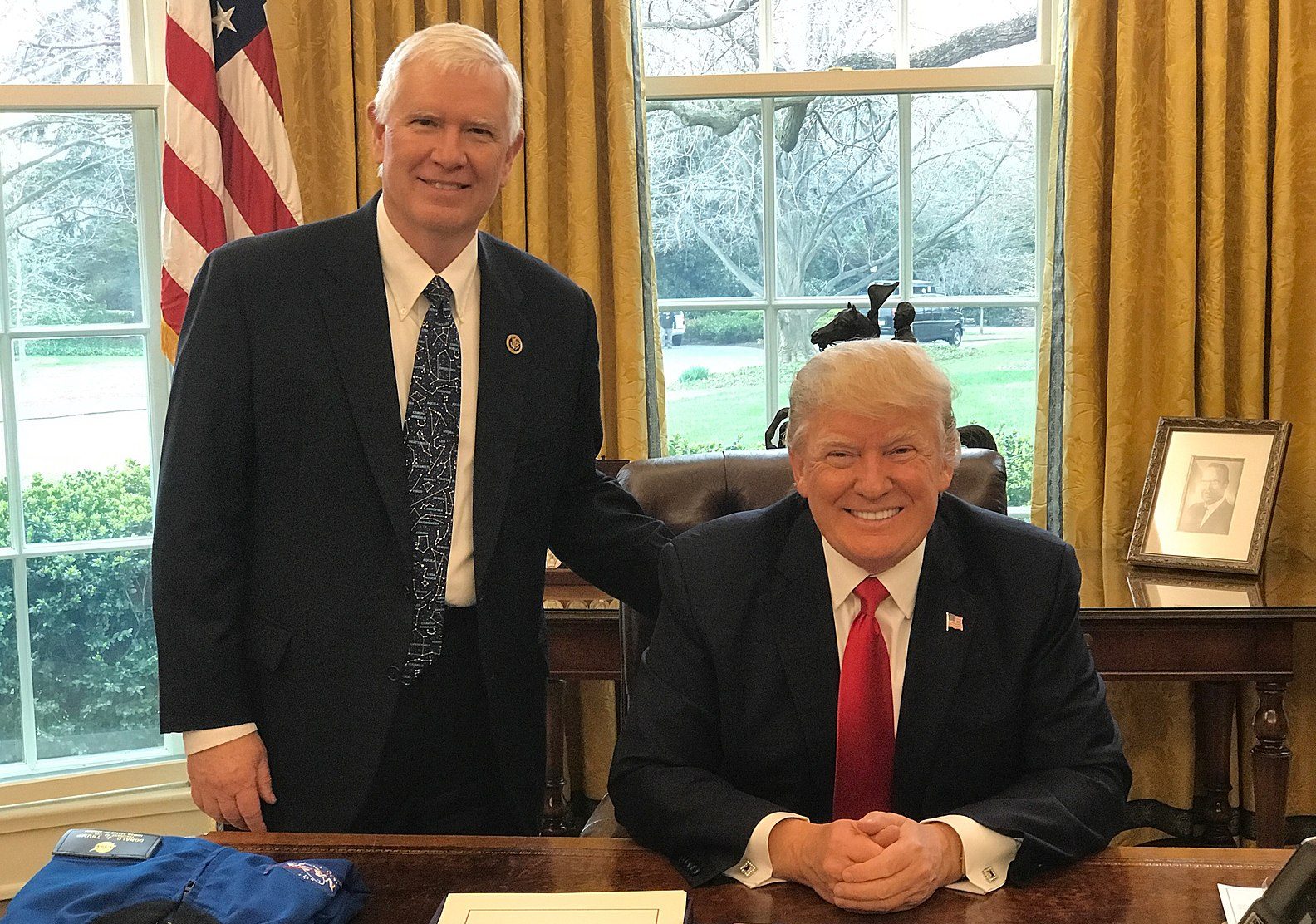 A congressman suggested on Tuesday that reports that George Floyd used marijuana and other drugs make his killing by police undeserving of the mass protests it has inspired nationwide.

A toxicology report released from a medical examiner’s office did show Floyd had those substances in his system, but it made clear they were not the cause of his death. Instead, officials concluded Floyd died because a Minneapolis police officer suffocated him by pinning his knee to his neck for more than eight minutes.

Brooks apparently believes there should be a litmus test for whose death is worth protesting, however, and people who consume drugs and are killed by widely condemned police violence don’t rise to his standard.

Shaleen Title, a commissioner on the Massachusetts Cannabis Control Commission who stressed that she was speaking on her own behalf, told Marijuana Moment that “Rep. Brooks can keep his vile, racist opinions to himself.”

“No one is interested in his 20th-century attempt to invoke scary-sounding drugs to vilify George Floyd, or to slow down the national awakening caused by his death,” she said.

“Rep. Mo Brooks should be ashamed of his tweet. There is no excuse for state-sanctioned violence and murder—not race, criminal record, or drug use,” Queen Adesuyi, policy manager of national affairs at the Drug Policy Alliance, told Marijuana Moment. “The stigmatization of these identities as ‘less than’ is what empowers police to brazenly snuff out human life under the guise of the war on drugs.”

“We’ve seen this come up time and time again, especially against Black, Latinx, and indigenous people, and people who use drugs,” she said. “Elected officials need to stop trying to weaponize stigma to justify negligence and death at the hands of the police. We need Rep. Brooks and others to drop the hate and make moves towards meaningful police reform in this country, not play ‘blame the victim.’”

Amber Littlejohn, senior policy advisor at the Minority Cannabis Business Association, told Marijuana Moment that “Congressman Brooks’s comments are no surprise coming from a man who repeatedly claimed Democrats are ‘waging a war on whites’ by protecting the fundamental rights of people of color.”

Brooks hasn’t proactively cosponsored any notable pieces of cannabis reform legislation during his time in the House. Last year, he voted against a floor amendment to protect all state marijuana programs from federal interference after having supported a previous similar measure in 2015. He did vote in favor of a bill to protect banks that service cannabis businesses from being penalized by federal regulators, and supported amendments to protect medical cannabis states from Justice Department intervention in 2014 and 2015 after opposing an earlier version in 2012.

On the other end of the spectrum from Brooks, multiple lawmakers and officials have argued that now is exactly the time to talk about drug policy reform and ending criminalization in order to minimize police interactions, curb mass incarceration and treat substance misuse as a public health issue.

California Gov. Gavin Newsom (D) described his states’s legalization of marijuana as a “civil rights” matter last week. Virginia Gov. Ralph Northam said that the passage of cannabis decriminalization legislation this year represents an example of how his state has addressed racial inequities that are inspiring mass protests

Sen. Cory Booker (D-NJ) also recently said racial disparities in marijuana enforcement is an example of a systemic injustice that underlies the frustration of minority communities.

Last month, 12 House members introduced a resolution condemning police brutality and specifically noting the racial injustices of the war on drugs. It now has 160 cosponsors.

The head of a federal health agency recently acknowledged racial disparities in drug enforcement and the harm that such disparate practices have caused—and on Monday, NORML asked her to go on the record to further admit that this trend in criminalization is more harmful than marijuana itself.

Several House lawmakers sent letters to the attorney general last week, condemning the recent expansion of Drug Enforcement Administration authority amid mass protests and criticizing the agency’s objectives as out of step with the movement to legalize marijuana and reschedule other drugs.