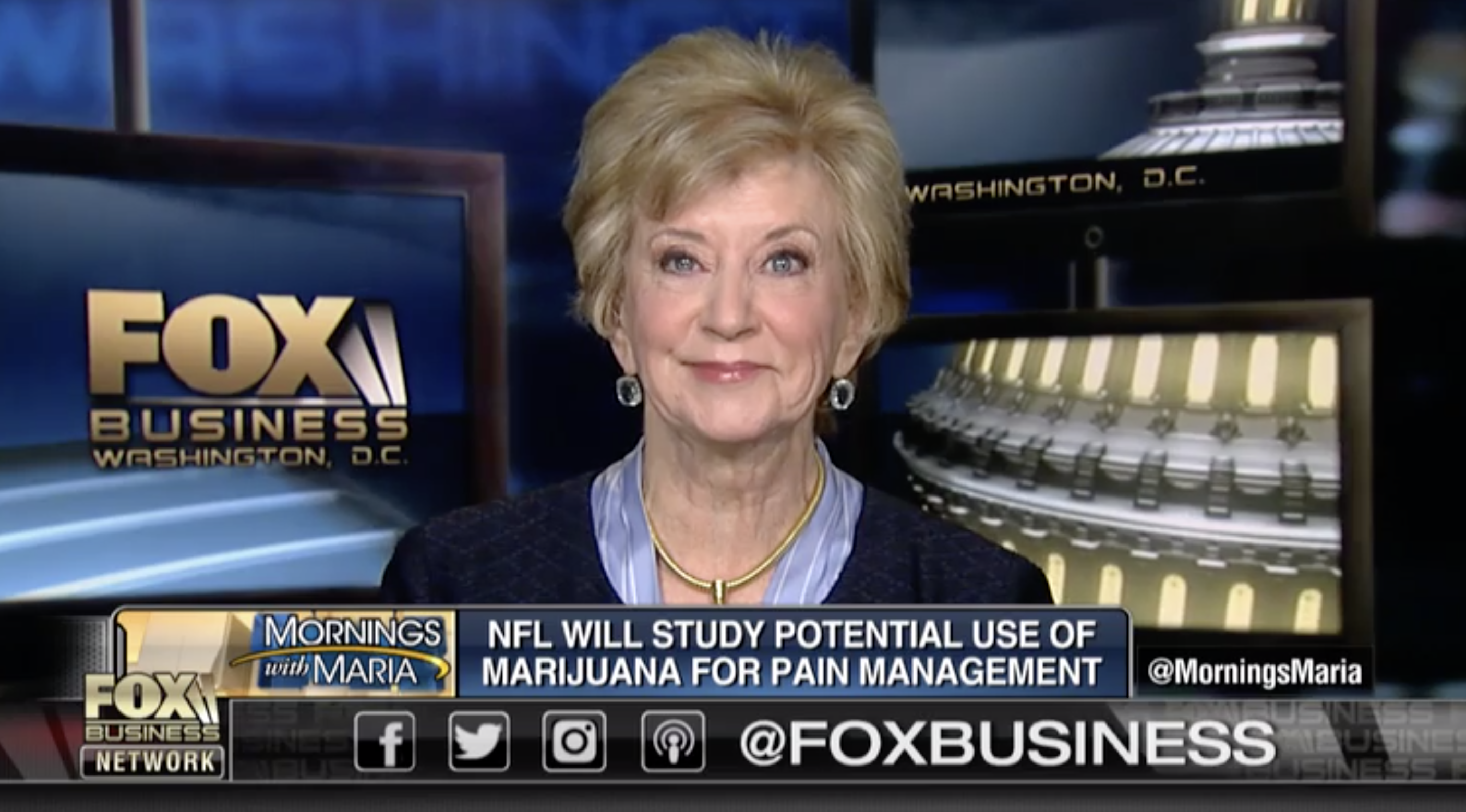 Linda McMahon is all in on medical marijuana. The former Trump cabinet official (and wrestling executive) said on Wednesday that she knows from personal experience that cannabis works, and that the president is on the right track on the issue.

After discussing her plans to raise $300 million for Trump’s reelection campaign in an interview with Fox Business, McMahon, the former head of the Small Business Administration (SBA), was asked about a potential NFL policy change to allow football players to use cannabis medicinally. She said that she’s “seen with personal experience members of my family close to me, and other friends, who have used medical marijuana for pain relief—cancer victims, those who’ve had surgery that other medications couldn’t help.”

McMahon, who was administrator of the SBA from 2017 until April of this year and is now the chair of the pro-Trump America First Action super PAC, was asked during the interview whether she felt the president should back legislation to protect banks that service cannabis businesses from being penalized by federal regulators.

“Well, I’m not going to get ahead of the president on his policies, clearly, but I think he’s looking at it the way he should at first, and that’s through the states,” she said. “I think that’s a good way to go, and the states I think are clearly doing the right thing in putting forth the use of medical marijuana. As I say, I’ve seen the effectiveness of it personally.”

Separately, a current SBA official was asked during a Senate hearing last this week about cannabis policy—specifically whether he felt that existing federal laws were stymying the growth of state-legal marijuana markets and whether SBA resources could benefit those businesses.

The official said that the department hadn’t studied the issue due to federal prohibition and declined to offer his personal opinion, but McMahon, the former SBA head, offered a more candid perspective on federal cannabis policy, touting the therapeutic benefits of marijuana and applauding the president’s position on the issue.

Marijuana Banking Bill Has A Chance In The Senate, Republican Lawmakers Say