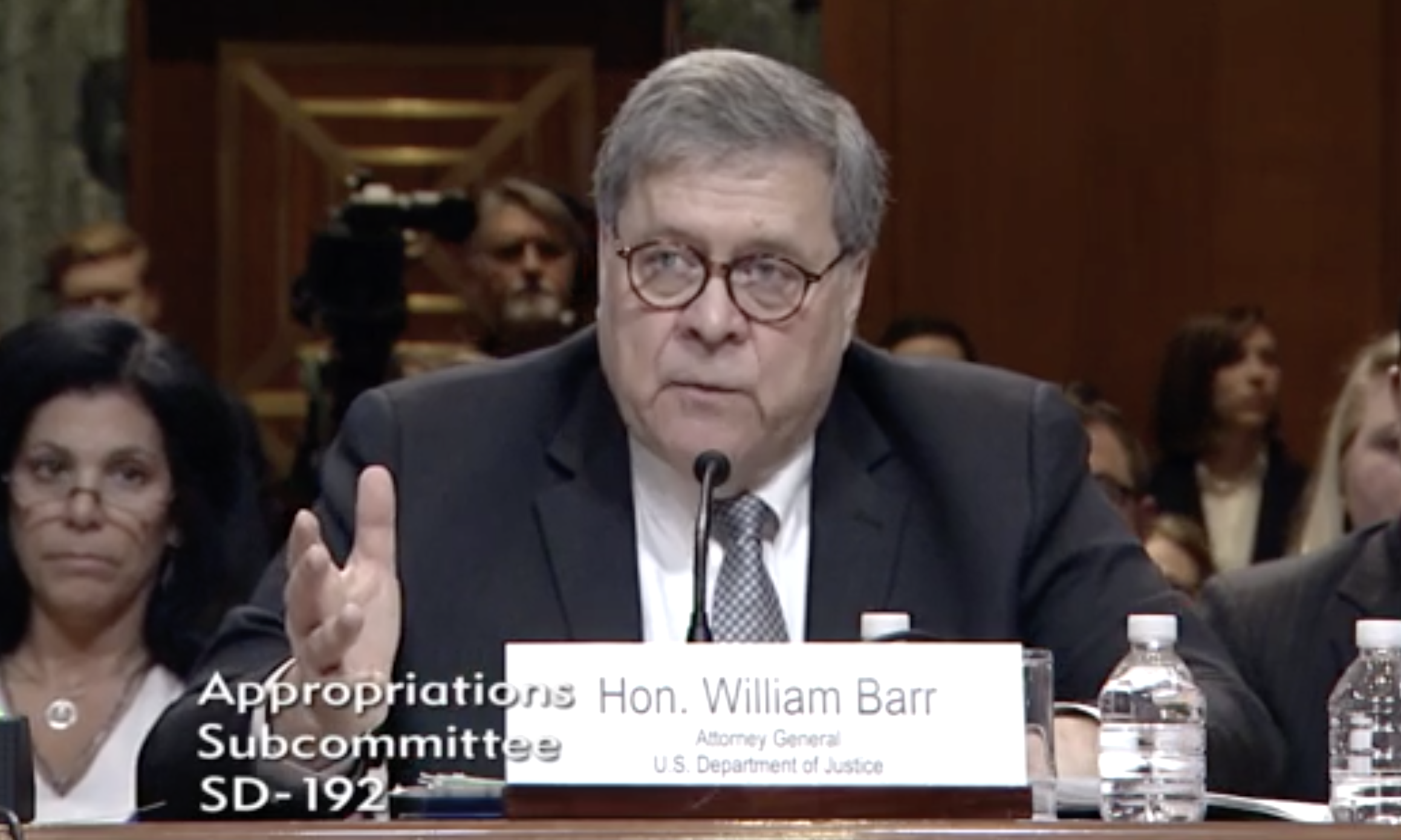 Attorney General William Barr said on Wednesday that he would prefer that Congress enact legislation allowing states to legalize marijuana instead of continuing the current approach under which a growing number of states have ended cannabis prohibition in conflict with federal law.

The attorney general added that the Justice Department is actively reviewing legislation that would accomplish that, and he discussed the department’s current approach to marijuana enforcement as well as plans to add additional cannabis manufacturers for research purposes.

Barr reiterated previous comments indicating that his overall preference would be for marijuana to be prohibited across the country, but acknowledged that the approach is increasingly politically untenable.

“The situation that I think is intolerable and which I’m opposed to is the current situation we’re in, and I would prefer one of two approaches rather than where we are,” Barr said. “Personally, I would still favor one uniform federal rule against marijuana but, if there is not sufficient consensus to obtain that, then I think the way to go is to permit a more federal approach so states can make their own decisions within the framework of the federal law and so we’re not just ignoring the enforcement of federal law.”

Barr said that he hasn’t specifically looked at the STATES Act yet, but that the bill is currently being circulated internally through the Justice Department “for comment.”

“Once we get those comments, we’ll be able to work with you on any concerns about the STATES law, but I would much rather that approach—the approach taken by the STATES Act—than where we currently are,” he said.

The comments are the latest sign that Barr does not plan to dedicate Justice Department resources to enforcing federal cannabis laws to crack down on the legal industry. While he was being confirmed by the Senate, Barr repeatedly said he wouldn’t prosecute marijuana businesses operating in compliance with state law.

Later in the hearing, Sen. Brian Schatz (D-HI) asked Barr about the department’s current policy for marijuana enforcement since Obama-era guidance for federal prosecutors was rescinded by his predecessor, Jeff Sessions. The attorney general said he is going to have to “make some difficult choices” and said it was an “open question” as to whether the department will treat cannabis businesses that began operating after the guidance was removed the same way that it has for those in states that legalized while the Cole memorandum was in place.

“I would like to see Congress address this issue,” Barr said.

He also committed to expanding the number of federally authorized cannabis manufacturers within the next year, telling Schatz that it’s something he’s “been pushing very hard over the last few weeks.”

“I think we’re going to move forward on it,” he said. “I think it’s very important to get those additional suppliers.”

Legalization advocates reacted positively to the attorney general’s latest comments on the need for Congress to resolve conflicting state and federal marijuana laws.

“We agree wholeheartedly with [Attorney General] Barr—the conflict between federal and state cannabis law has become untenable and must end,” Neal Levine, CEO of Cannabis Trade Federation, told Marijuana Moment. “While today is yet another promising development, we have a long way to go. As an industry we must stay vigilant and continue to advocate for this sensible, bipartisan solution that our industry and the communities we operate in so desperately need.”

Michael Correia, government relations director for the National Cannabis Industry Association, agreed that it’s “a positive sign that Attorney General Barr has acknowledged that the current situation is untenable” and said the organization is “happy to hear that the STATES Act is being considered for comment by the Department of Justice.”

However, “we also recognize that there are multiple other pieces of legislation currently in Congress that would allow states to set their own policies and end federal cannabis prohibition,” Correia said.

Those pieces of legislation includes the Marijuana Justice Act, a bill sponsored by Sen. Cory Booker (D-NJ) that would not only federally deschedule marijuana but also involve a number of social equity provisions designed to repair the damages of the war on drugs, which has been waged in a racially disproportionate manner.

Booker said on Tuesday that he wouldn’t be signing on to cannabis legislation that didn’t include such provisions, and that’s why he is not a cosponsor of the STATES Act like he was for the version filed during the last Congress.

This story has been updated to include additional comments from Barr and advocates.