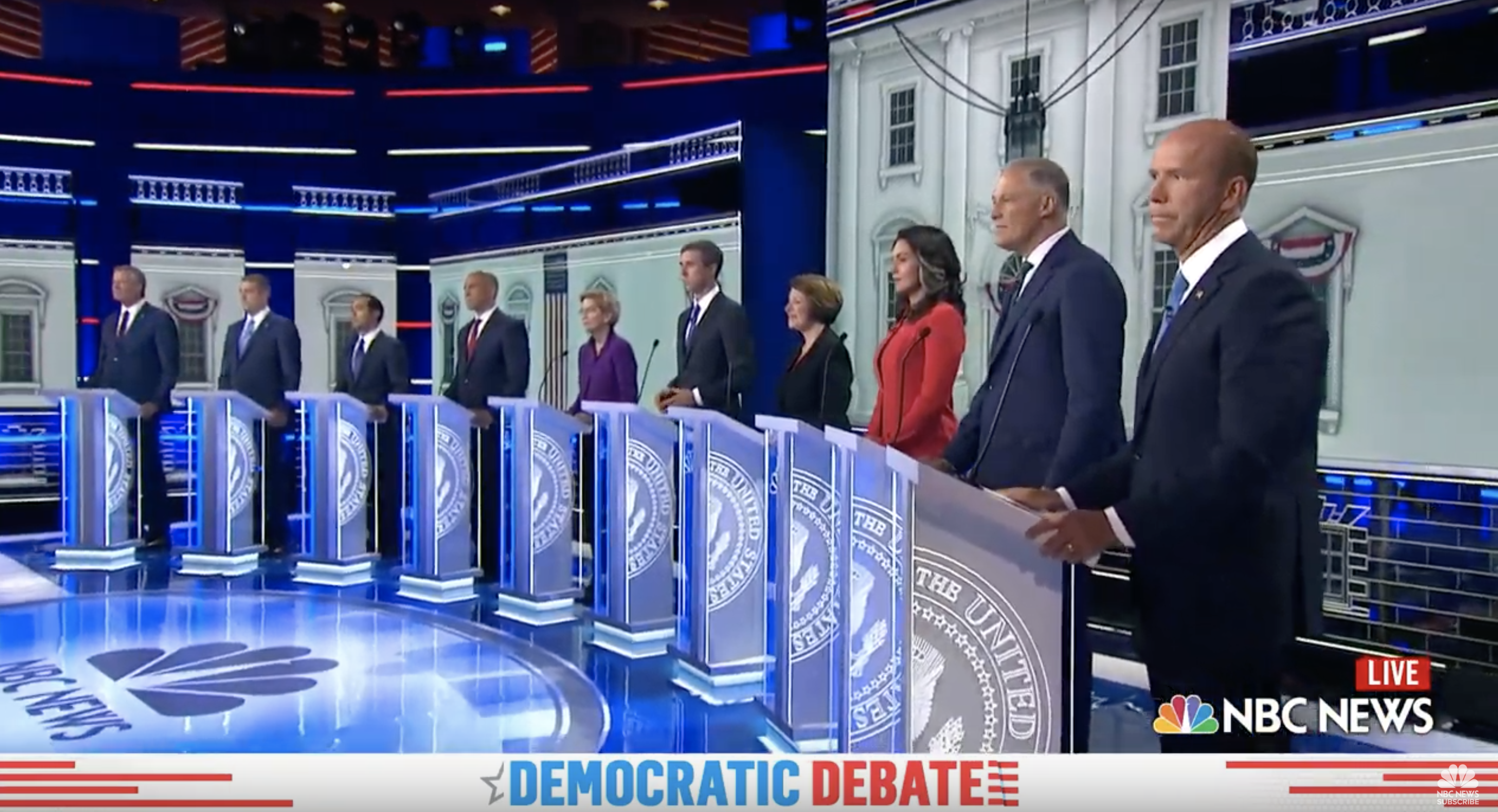 During the first 2020 Democratic presidential debate on Wednesday, candidates were asked to weigh in on a wide range of issues, including the pharmaceutical industry and immigration policy—and two contenders proactively brought up the criminalization of marijuana and other drugs without being specifically prompted.

Asked whether pharmaceutical companies should be held liable for their role in the opioid crisis, Booker said they “should absolutely be held criminally liable because they are liable and responsible.”

O’Rourke agreed and expanded on that point, saying that the U.S. has “2.3 million of our fellow Americans behind bars.”

We need to end the federal prohibition on marijuana—and expunge the records of those incarcerated for low-level drug offenses.

“It’s the largest prison population on the face of the planet,” he said. “Many are there for non-violent drug crimes, including possession of marijuana at a time that half of the states have legalized it or decriminalized it.”

“And yet despite what Purdue Pharma [maker of Oxycontin] has done—their connection to the opioid crisis and the overdose deaths that we’re seeing throughout this country—they’ve been able to act with complete impunity and pay no consequences, not a single night in jail,” O’Rourke said. “Unless there’s accountability and justice, this crisis will continue.”

On a different note, the former congressman later said in response to a question about immigration that he would ensure that people caught trafficking drugs will be “deported and criminally prosecuted.”

That’s a perspective shared by Ryan, who said there are “provisions in the law that will allow you to prosecute people for coming over here if they’re dealing in drugs and other things.”

Later in the debate, Booker was asked about what he would do in his first 100 days in office to address immigration, and he noted the role of private prisons in the criminalization of drug addiction in his response.

“We have the power to better deal with this problem through the civil process than the criminal process,” the senator said. “I have been to some of the largest private prisons, which are repugnant to me that people are profiting off of incarceration and their immigration lockups.”

“Our country has made so many mistakes by criminalizing things—whether it’s immigration, whether it’s mental illness, whether it’s addiction,” he said. “We know that this is not the way to deal with problems. There is a humane way that affirms human rights and human dignity and actually solves this problem.”

Booker also defended his ability to pass legislation under Republican leadership in the Senate by touting his role in getting a bipartisan criminal justice reform across the finish line to President Trump’s desk last year.

“When I got to the Senate, people told me we could not get a comprehensive criminal justice reform bill done,” he said. “Today we’ve passed the First Step Act,” which provides for federal sentencing and prison reform.

“It’s not as far as I want to go, but thousands of people will be liberated,” he said, noting the racial disparities in the criminal justice system. There are “more African Americans under criminal supervision than all the slaves in 1850,” he said.

Klobuchar also took credit for the passage of the First Step Act and said she hoped to take criminal justice reform further with a so-called “Second Step Act,” though she declined to provide specifics.

A second Democratic debate is scheduled for Thursday with ten other candidates. Top contenders Sen. Bernie Sanders (I-VT) and former Vice President Joe Biden will be among those on the stage.