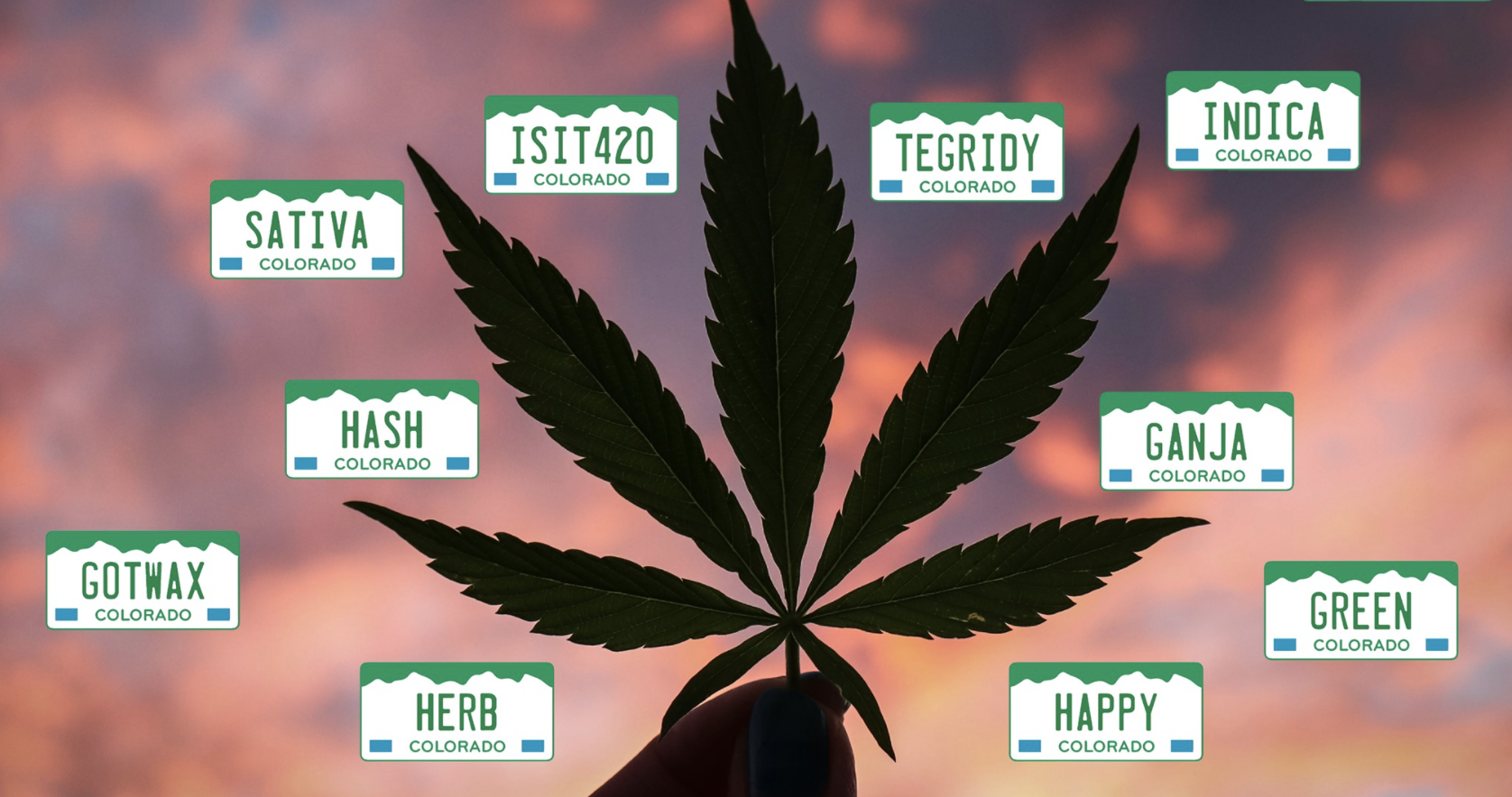 Colorado is really leaning into its reputation as the marijuana state—for a good cause. Officials are taking the unique step of auctioning off cannabis-themed license plates to help raise money for a disability fund.

From April 1 to April 20, residents can bid on the vanity plates with terms like “BONG,” “GANJA,” “GOTWAX,” “HEMP,” “ISIT420” and even “TEGRIDY,” a nod to the fictional South Park marijuana farm. 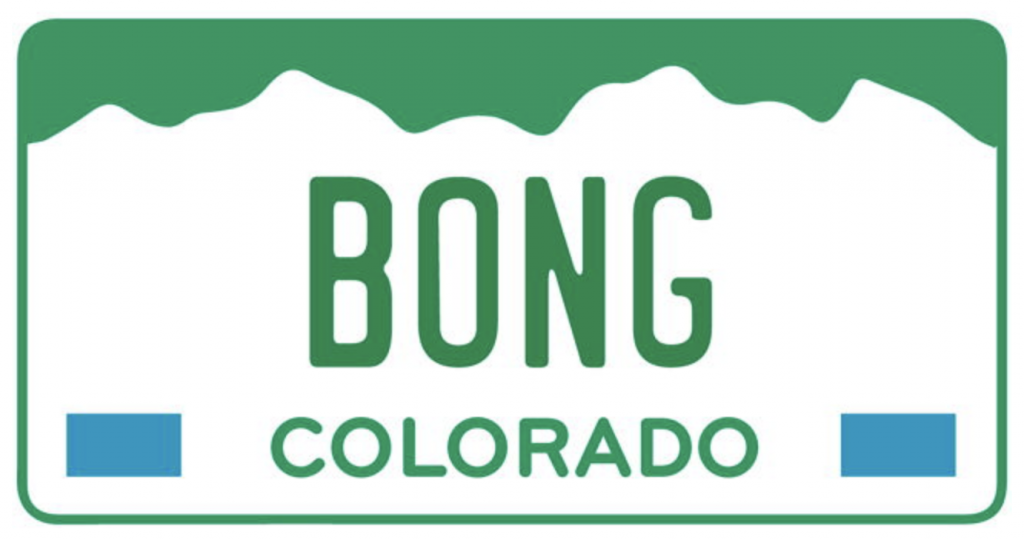 Bids on several of the plates start at $420, of course.

“The Colorado Disability Funding Committee had the TEGRIDY to STASH away some great HERB related license plate configurations and is making them available to you,” a Facebook post states. “Don’t be GREEN with envy because your neighbor GOTWAX and HONEY, bid on a plate and support people with disabilities!”

“Colorado GANJA themed license plates could make you as HAPPY as your 100% HEMP t-shirt,” the post, which was uploaded on April 1 but is not an April Fool’s joke, continues. “Leave ya SATIVA and INDICA, put down the BONG, use our HASHtags to follow along.” 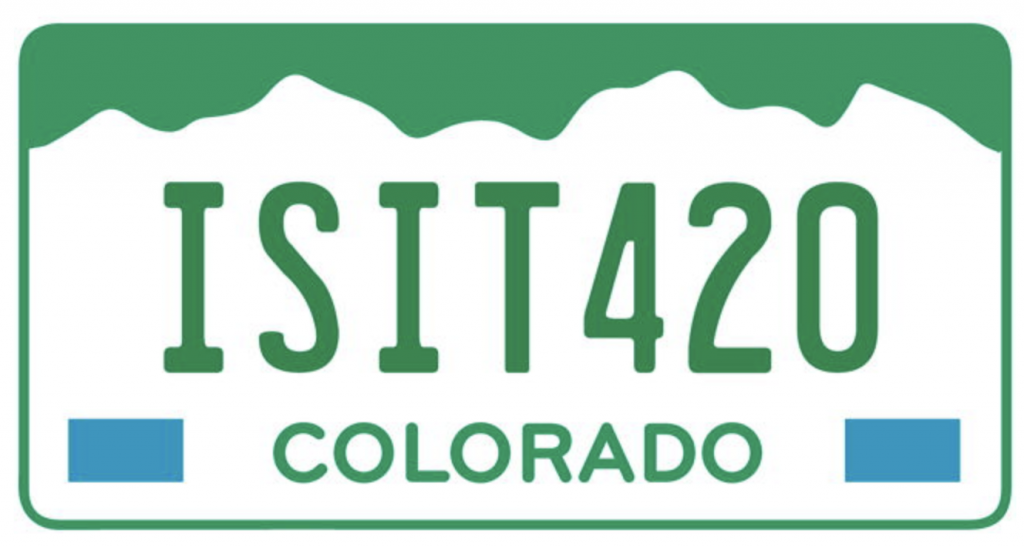 The page for each license plate up for auction includes a disclaimer not to drive while impaired and to use cannabis responsibly.

The proceeds of the auction will go to the Colorado Disability Funding Committee, which issues grants to organizations that “have new and innovative ideas that benefit the disability community.”

Given the popularity of Colorado’s marijuana market, which exceeded $2 billion in sales last year alone, it stands to reason that the plates will be a hit.

People who don’t live in Colorado can also bid. If they win, they will be sent a novelty plate without the security features that come on a normal plate.

Despite being one of the first states to legalize for adult use, Colorado’s cannabis program is continually evolving.

Last month, for example, the state House passed a bill to increase the lawful possession limit for marijuana and the governor signed legislation to create a social equity fund for the marijuana industry.

Gov. Jared Polis (D) visited a marijuana dispensary in Denver to sign the measure, which will establish a program within the state Office of Economic Development and International Trade that’s intended to support cannabis businesses owned by people who qualify as social equity licensees, primarily people most impacted by the drug war.

The program will receive an initial infusion of $4 million from the state’s marijuana tax fund—about $1 million short of what the governor had requested in January. The legislation was created in consultation with Black Brown and Red Badged (BBRB), a coalition of minority-owned cannabis businesses.

Last year, Polis signed a separate bill that creates a statewide definition of cannabis social equity licensees. Those businesses are now the ones that will primarily benefit from the new legislation.

This kind of funding is largely made possible from tax revenue derived by the state’s robust cannabis market. Data from the state’s Department of Revenue shows that more than $10 billion of marijuana has been sold since the adult-use program launched in 2014.

Another piece of cannabis reform legislation that cleared the Senate last month would require schools and school district to institute policies permitting employees to store and administer marijuana products for students who are registered medical cannabis patients.

Free Marijuana For Vaccinations And Cannabis Dog Toys: How Brands Are Celebrating 4/20 This Year