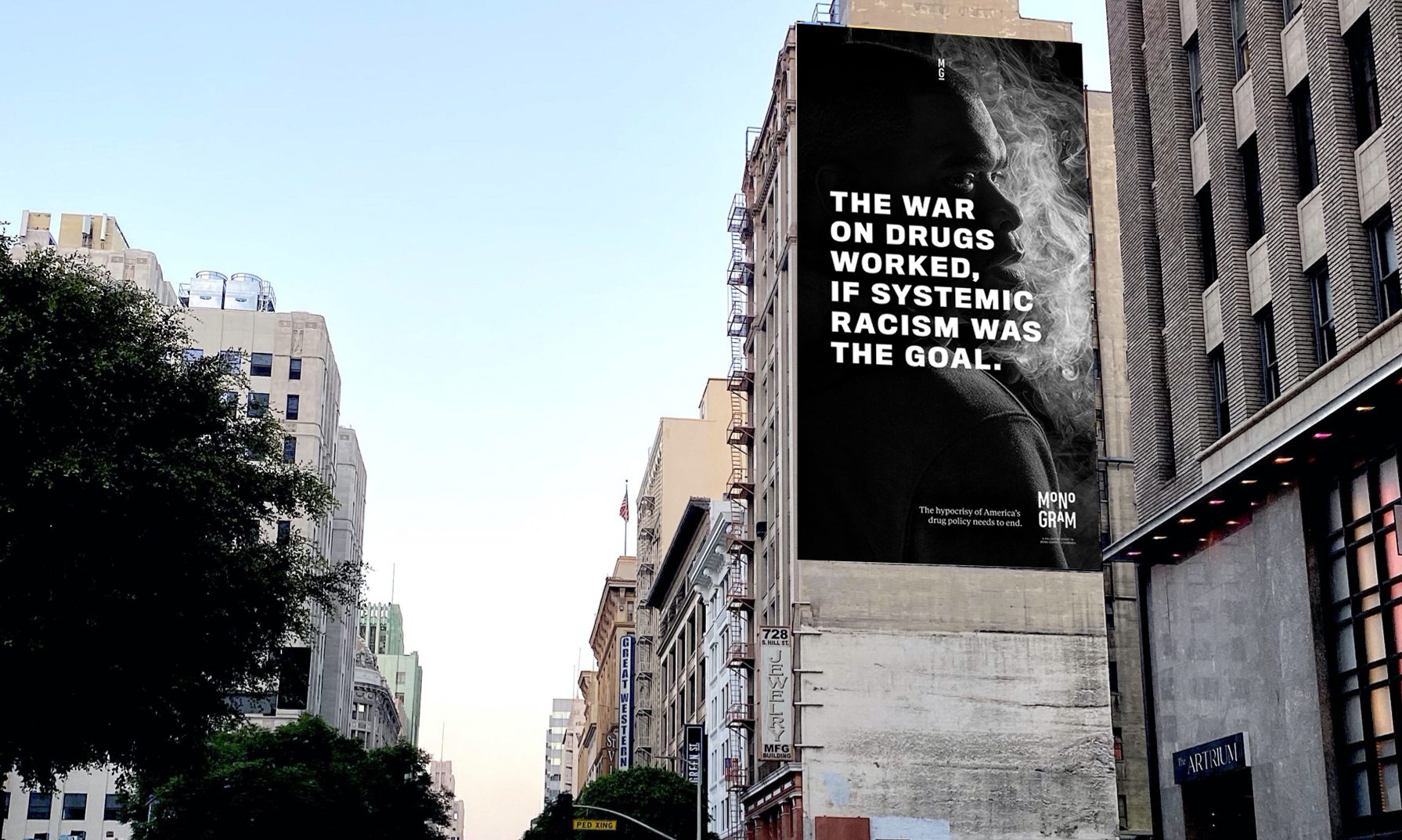 Monday was a big day in the celebrity marijuana space, with actor Seth Rogen announcing the U.S. launch of his cannabis brand and rapper Jay-Z revealing an ad campaign for his company that’s meant to highlight the absurdity of the war on drugs by pointing out that some states are more lax on cousin marriage, cannibalism or sex with farm animals than they are on weed.

Rogen’s elation in bringing his business, Houseplant, to the U.S. market was evident in a one-minute video he shared on social media.

Almost ten years I go, I envisioned having my own weed company. And today I can say that my company Houseplant's weed will be available in California next week! Also, Houseplant is making lovely Housegoods like ashtrays, lighters, and YES, even ceramics. https://t.co/TNjpWFhbWB pic.twitter.com/00xR8QKNH3

After showcasing the tins his line of sativa and indica strains come in—as well a “table lighter” that’s part of the Houseplant collection—the actor of Pineapple Express and Superbad fame said that this is “honestly my life’s work and I’ve never been more excited about anything.”

The company also produced vinyl records with playlists that are meant to complement the effects of the various marijuana varieties like Pancake Ice.

This is our Pancake Ice sativa. (All our strains are named after weather systems like we did with Pineapple Express). Our Pancake Ice is what I smoke all day. It’s over 33% THC. pic.twitter.com/buLcuLwZgg

Rogen has also leveraged his marijuana stardom for philanthropic purposes, putting on an adult carnival last year where the plant was featured to raise money for research into Alzheimer’s disease.

He appeared at a congressional hearing in 2014 and joked that while people might expect him to advocate for marijuana reform before the Senate committee, he was actually there to promote research into the disease, which his mother-in-law suffers from.

The actor also appeared in a PSA for National Expungement Week, an effort to help people free themselves from the burdens of prior marijuana convictions.

Meanwhile, JAY-Z, whose real name is Shawn Carter, has his cannabis business, MONOGRAM. And on Monday, the company started a “national awareness campaign that draws attention to the hypocrisy of current regulations governing cannabis” in the U.S., a press release states. 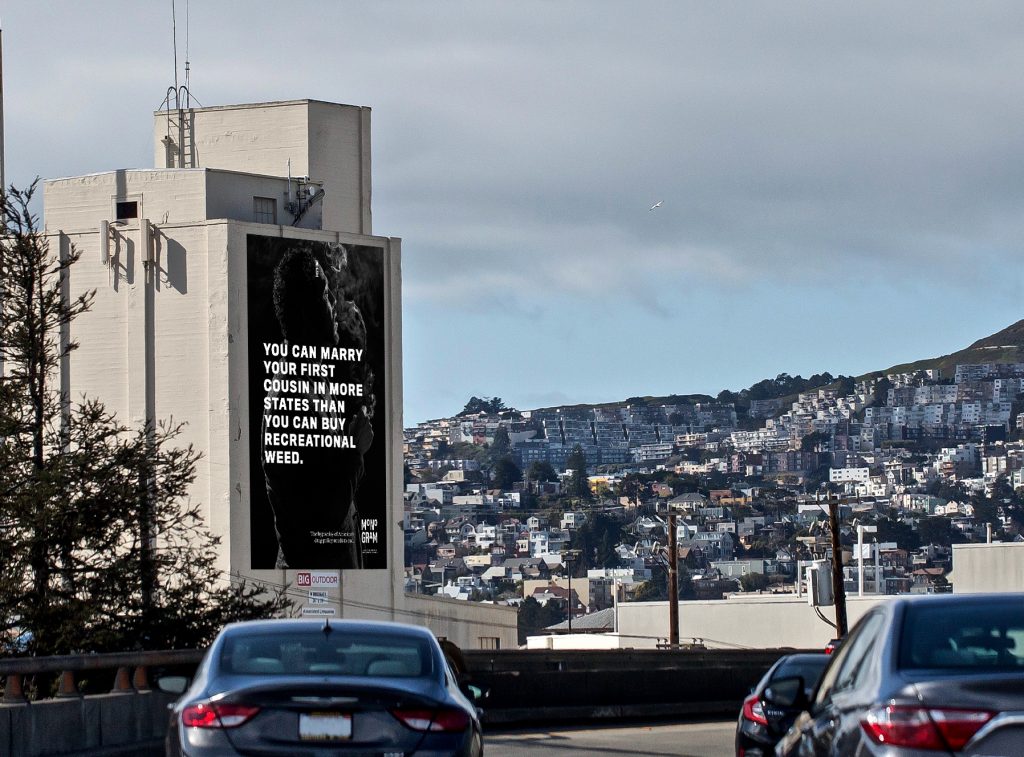 Billboards and murals featuring text that compare laws prohibiting marijuana and other state and federal statutes have been posted in cities like Los Angeles, San Francisco, Washington, D.C. and New York.

You can marry your first cousin in more states than you can buy recreational weed. pic.twitter.com/BcC7PANmck

Here are a few examples of the campaign messages:

“Weed is a federal crime. Even in the states where sex with farm animals isn’t.”

“You can marry your first cousin in more states than you can buy recreational weed.”

“The war on drugs worked. If systemic racism was the goal.” 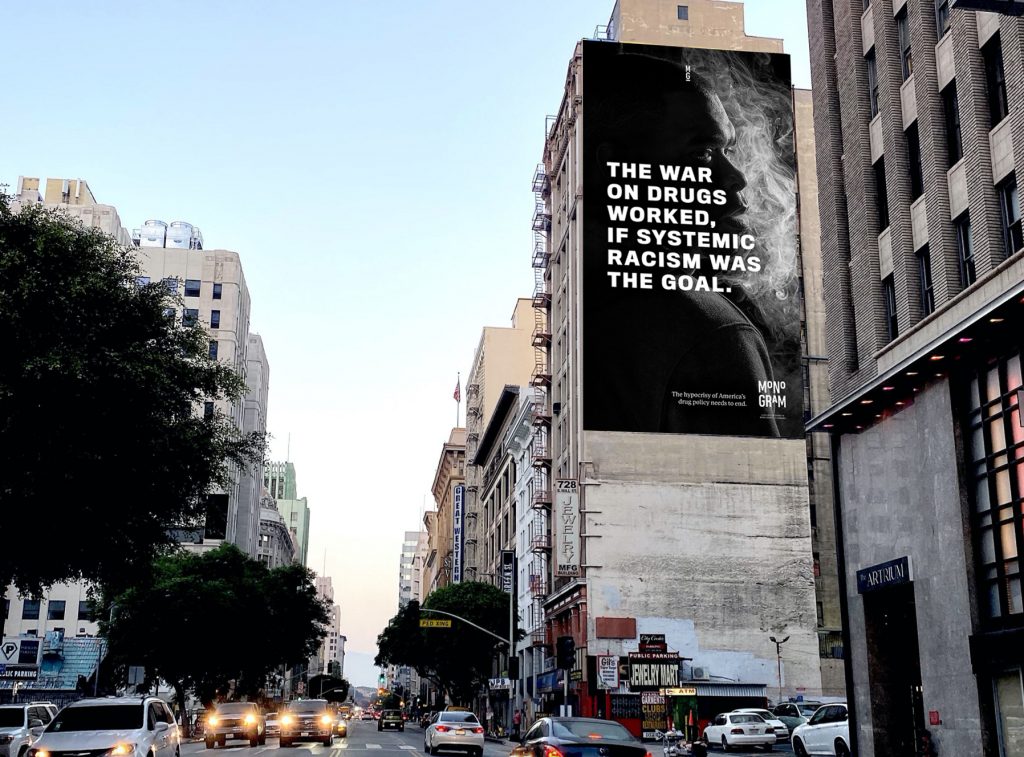 “Cannabis laws are out of date and disproportionately cruel and punishing when compared to the rest of the legal code,” Carter said. “I created this campaign to amplify the voices of those who have been penalized for the very same thing that venture capitalists are now prospering from with the emerging legal cannabis market.”

There's a state in America where cannibalism is technically legal and cannabis isn't.

The hypocrisy of America’s drug policy needs to end. pic.twitter.com/4wyHYK6kcC

Earlier this year, the artist announced that he was putting $10 million toward a fund to promote participation in state-legal marijuana markets by communities most impacted by prohibition—an action that earned the praise of California Gov. Gavin Newsom (D).

I led the effort to decriminalize & legalize cannabis because the war on drugs has been an abject failure—with disproportionate & devastating impacts on communities of color.

These are the types of entrepreneurial opportunities we dreamed of—thanks Jay-Z! https://t.co/jHag1DdWBd

“I led the effort to decriminalize & legalize cannabis because the war on drugs has been an abject failure—with disproportionate & devastating impacts on communities of color,” the governor said. “These are the types of entrepreneurial opportunities we dreamed of—thanks Jay-Z!”