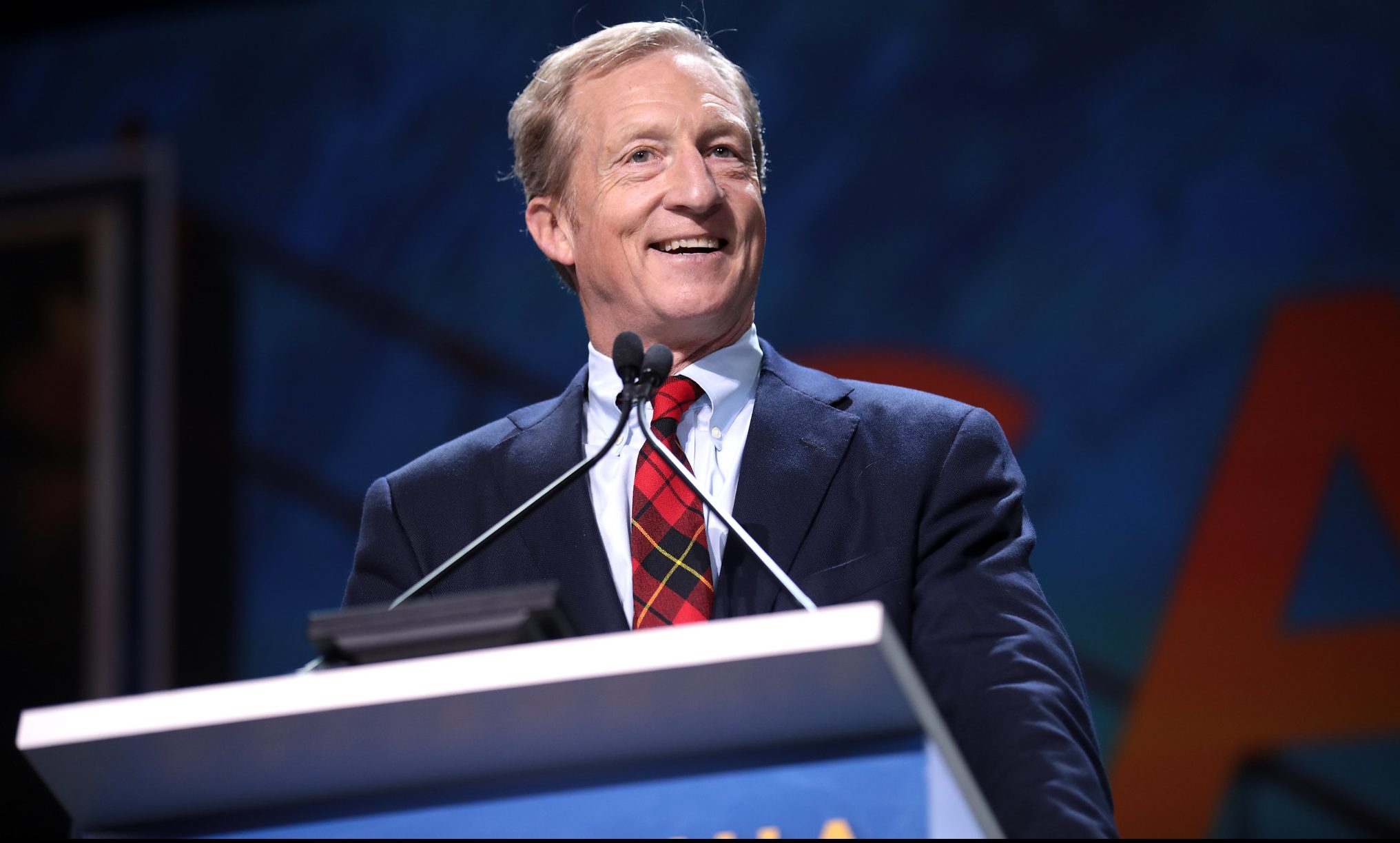 Tom Steyer wants to make one thing perfectly clear: he, like most other 2020 Democratic presidential candidates, is in favor of legalizing marijuana.

Following a town hall event in Iowa on Sunday, the billionaire philanthropist could be overheard telling a voter that he supports the policy change. She responded that “so many people don’t know that” and that Sen. Bernie Sanders (I-VT) is perceived to be “the only candidate for marijuana.”

“That’s not true,” Steyer said, forehead furrowed. “I’m from California, are you kidding me?”

“OK, I love you!” the person said before hugging the candidate.

While Steyer is decidedly less known for his drug policy stance than several of his opponents, he did recently include both legalizing marijuana and decriminalizing opioids in a criminal justice reform plan he released earlier this month. He also proposed implementing a national referendum so voters can decide certain issues, including legalization.

If he was looking to distinguish himself from Sanders, he could have pointed out to the Iowa voter that the senator has declined to embrace decriminalizing possession of substances beyond marijuana. He and Andrew Yang both back opioid decriminalization, while former South Bend, Indiana Mayor Pete Buttigieg has called for decriminalization of all drug possession and Rep. Tulsi Gabbard (D-HI) said currently illicit drugs should be legalized and regulated.

Steyer has also advocated for legislative fixes to provide state-legal cannabis businesses with access to financial services. In an interview last year, he said that prohibition has prevented him from providing financing to women- and minority-owned marijuana businesses through a community bank he founded.

The person who confronted Steyer about the optics of marijuana reform on the presidential stage might be on to something. It’s not the case that Sanders has claimed to be the only candidate who supports cannabis legalization, but he’s largely dominated the issue since becoming the first major presidential contender to call for the policy change during his prior 2016 run.

Some suspect that his recent pledge to use executive order to deschedule marijuana on the first day of his presidency is part of an effort to further solidify his reputation as the cannabis candidate. He made the promise despite serious questions about the legal and practical feasibility of accomplishing such sweeping and abrupt reform unilaterally.

Could Bernie Sanders Actually Legalize Marijuana Nationwide On Day One As President?