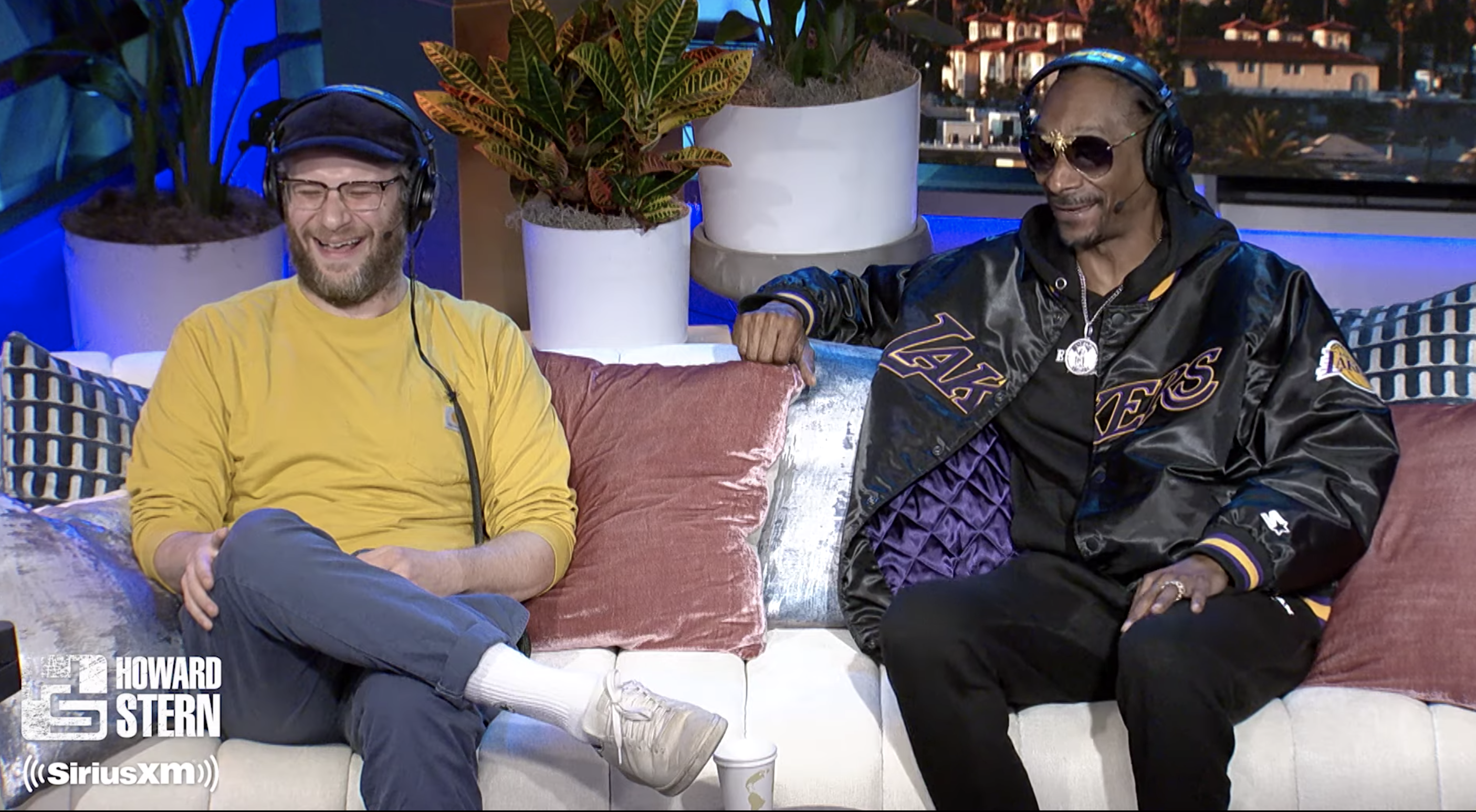 Seth Rogen and Snoop Dogg have some advice for first-time marijuana consumers: if you bump into them and want to sesh, limit yourself to one hit—or even half a hit.

The cannabis icons joked about their shared love for the plant and offered some tips for novices during an appearance on The Howard Stern Show on Tuesday.

Stern started by asking if the pair had smoked together before. Not surprisingly, they confirmed participating in joint sessions and both agreed that they were enjoyable experiences

“What do you mean when you say you enjoy smoking with Seth?” the host asked Snoop. “Are there people who can bum you out?”

“Yeah, because they talk too motherfuckin’ much and they just get in the way, but Seth enjoys the moment. He’s creative,” the rapper replied. “This motherfucker knows how to make a joint that looks like a cross.”

“He’s a bad motherfucker at that,” he said. “When he pulled that cross out, I was like, ‘God, let there be light!'”

Stern also brought up the fact that one of the show’s producers, JD Harmeyer, planned to smoke cannabis for the first time. For the occasion, Stern told Harmeyer he should probably stick to no more than three hits, and he asked his guests if that was good advice.

“This is from two guys who have had too many motherfuckers come up and get way too high,” Rogen added.

Later on Tuesday’s show, Snoop and Rogen gave Harmeyer some more advice about what kind of cannabis to smoke while flipping through a menu that appears to be from the nation’s first marijuana cafe, operated by Lowell Farms in Los Angeles.

Snoop said that the producer should stick to a sativa “because it’s a little bit lighter and it’s more of an introduction.”

Rogen agreed that it should be a sativa, but he said the concentration of THC should be on the higher end “to make sure you actually feel something because you might not.”

“But again, one fucking hit,” the actor, who also owns a cannabis company called Houseplant, reiterated.

Rogen has also leveraged his marijuana stardom for philanthropic purposes, putting on an adult carnival where the plant was featured to raise money for research into Alzheimer’s disease.

He appeared at a congressional hearing in 2014 and joked that while people might expect him to advocate for marijuana reform before the Senate committee, he was actually there to promote research into the disease, which his mother-in-law suffers from.

More recently, Rogen participated in a PSA meant to raise awareness of National Expungement Week, a series of events that took place throughout the country last month meant to help people erase criminal convictions, including those for non-violent cannabis offenses, from their records.