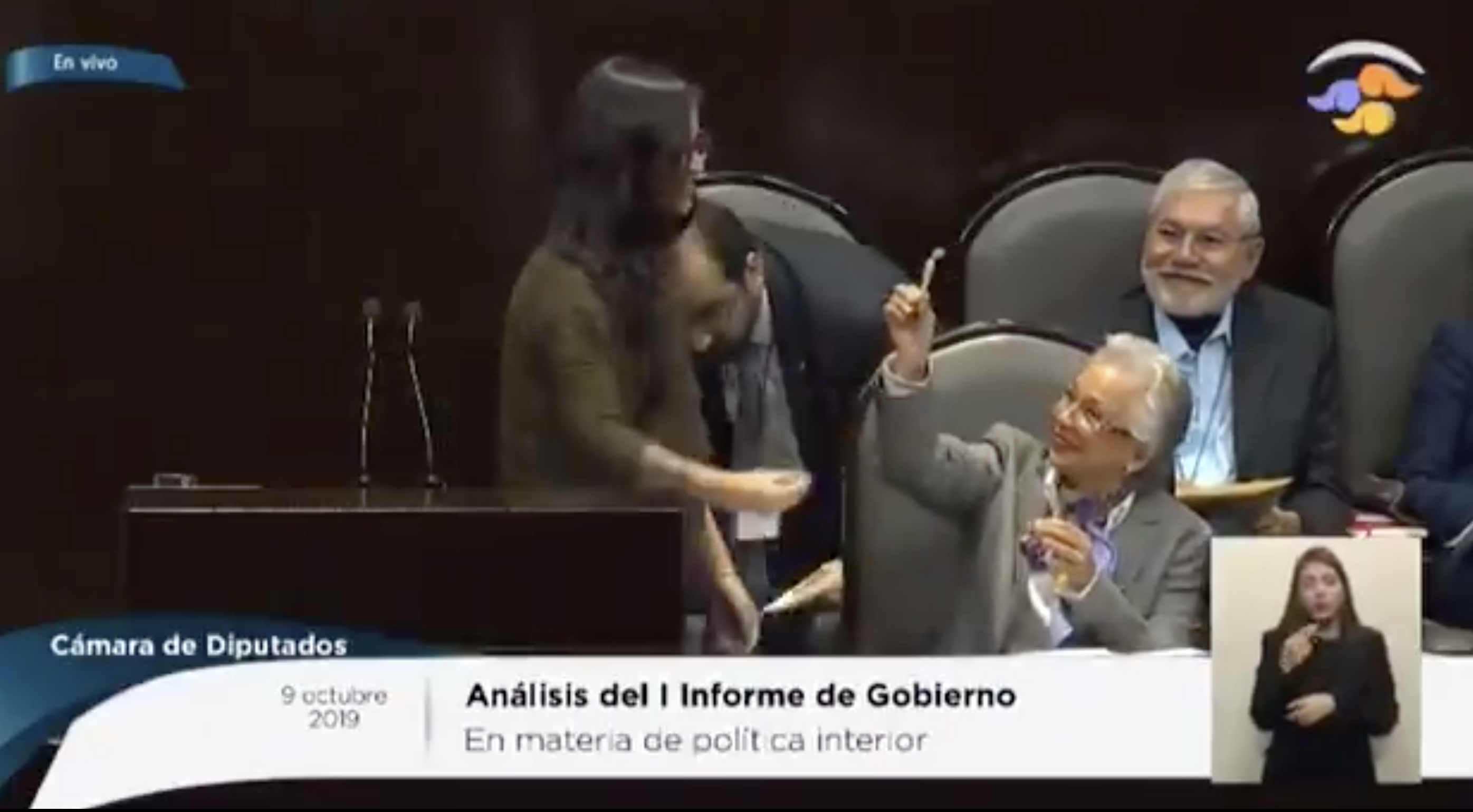 A Mexican lawmaker gave a key member of President Andrés Manuel López Obrador’s cabinet a marijuana joint while speaking on the floor of the Chamber of Deputies on Wednesday.

The gift from Deputy Ana Lucía Riojas Martínez, an independent, was meant to serve as a reminder of Secretary of the Interior Olga Sánchez Cordero’s cannabis legalization proposal, which she introduced while still a lawmaker last year.

Sánchez Cordero thanked the deputy and happily accepted the joint with a broad smile, showcasing it to the chamber and giving Riojas Martínez a hug.

The gesture comes days after the ruling MORENA party’s leader in the Senate, Ricardo Monreal, said that lawmakers would vote on legislation to legalize and regulate cannabis for adults by the end of this month.

If that’s accomplished, the legislature will have met a deadline imposed by the Supreme Court, which ruled that the country’s ban on possession and cultivation of marijuana for personal use by adults is unconstitutional. The court said last year that the federal law must be amended by October.

About a dozen legalization measures have been filed since then, including Sánchez Cordero’s. Monreal said that he plans to introduce a bill soon that takes into account public input and expert testimony the chamber gathered in a series of events over recent months. That includes a Senate-organized panel that featured remarks from a former White House drug czar, who advocated for “robust regulations” in a legal marijuana market.

Another legalization proposal came from Mario Delgado Carrillo, the coordinator of the MORENA party’s bench in the Chamber of Deputies. But his plan to have the government run the market has faced resistance from the president and Monreal.

“Now, with all due respect, we don’t have that contemplated. I don’t rule it out, but it’s not on our agenda,” López Obrador said on Wednesday. “We are addressing other issues that matter a lot to us.”

Asked about the joint gifting to his cabinet official, the president said “Ms. Olga Sánchez Cordero is responsible and is a very good public servant and is free.”

“One of the characteristics of this government is that freedoms are guaranteed, all can express themselves and manifest,” he said.