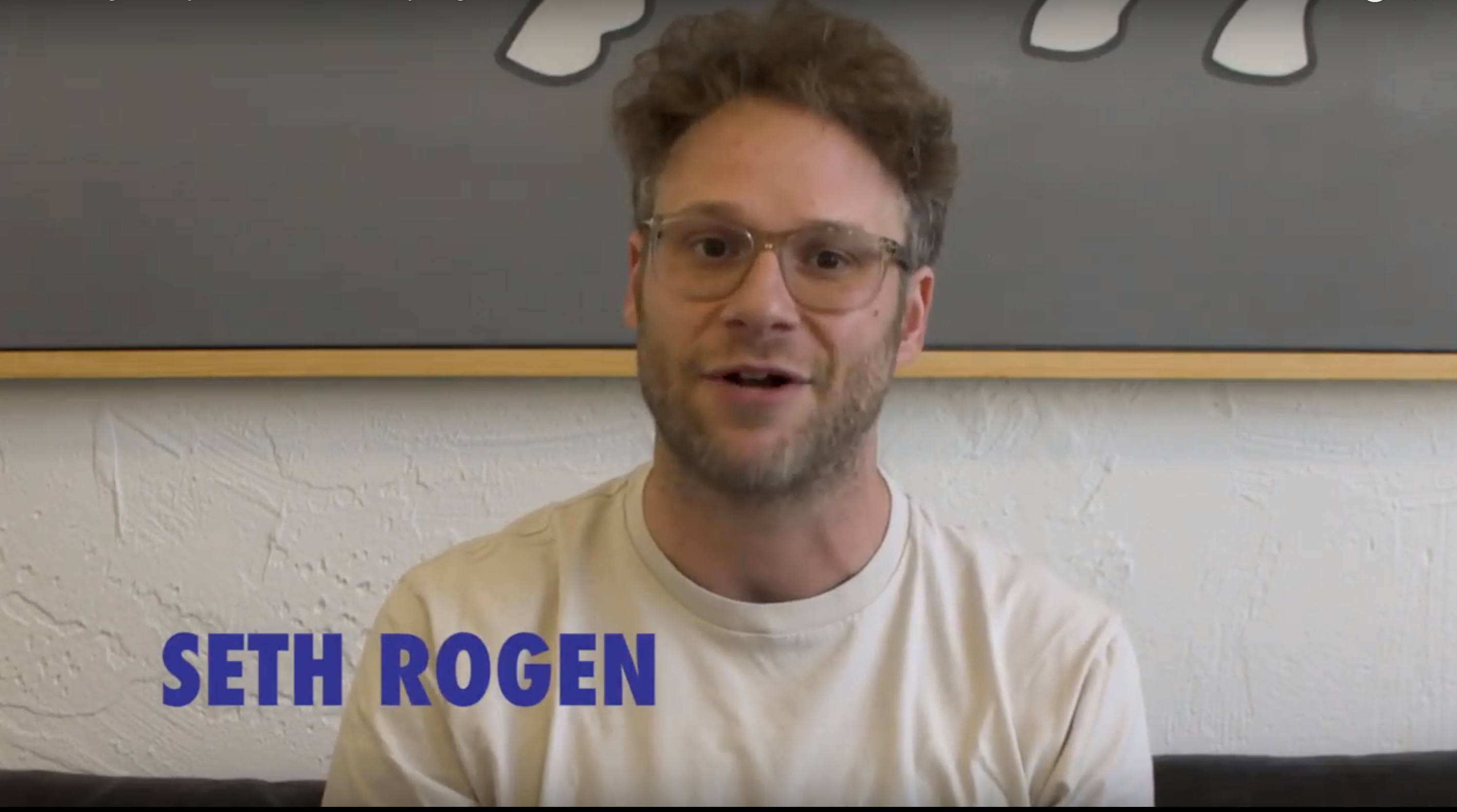 Actor Seth Rogen is helping to spread the word about how to get criminal records cleared as part of the second annual National Expungement Week (NEW) initiative.

In a PSA released last week, the noted marijuana enthusiast and co-owner of the cannabis company Houseplant, talks about how 77 million Americans have criminal records, adding that “a large amount of these records are for minor offenses and seriously impede millions of people’s ability to live.”

To facilitate expungements and help those with prior convictions, advocacy groups across the country are holding events from September 21-28 that will provide services like legal aid, voter registration, health screenings and employment workshops.

Cook County, Illinois State’s Attorney Kim Foxx, who advocated for a marijuana legalization bill that her state’s governor signed in June, also called attention to the events in a series of Twitter posts.

Conviction relief is a complicated process but the @cookcountysao is working to make it easier, starting with marijuana convictions and our partnership with @codeforamerica! Learn more about our partnership here:
https://t.co/EraVdfHKYZ#NEWeek19 pic.twitter.com/vFDtXblgsx

“There’s just millions and millions of people in America who can’t vote, who can’t get a job, who can’t do things that many, many people take for granted because they have been arrested for something that isn’t illegal anymore,” Rogen told VICE in an interview about his advocacy efforts. “To us, that is just unacceptable. Weed should have never have been illegal in the first place, that’s the premise that we operate under.”

While the NEW events aren’t exclusively for individuals who’ve been convicted for cannabis-related offenses, clearing marijuana records has been a focus of lawmakers and reform advocates as more states opt to legalize the plant. This is the second year in the row that NEW has organized these events.

Expungement is one restorative justice policy that advocates argue is essential to any legalization model—state or federal—because it benefits communities that have been disproportionately impacted by the war on drugs.

National Expungement Week is about to begin! What does that mean? Find out in this video, follow @expungementweek, SHARE the video & if you or someone you know might be eligible, visit https://t.co/3es4g3IAAQ Thanks to the organizers across the US making this happen! #NEWeek19 pic.twitter.com/fHmi787EED

Rogen said he recognizes that racial disparities in marijuana enforcement have put people of color at a disadvantage in the burgeoning legal industry and that many of those who haven’t been marginalized “have been rewarded by being some of the first to flock to the industry and profit off it.”

“We think it’s wildly important to understand the roots of the industry that you are trying to be a part of and to us there would be no way that we would even consider entering this space without really actively trying to rectify the issues that go along with being in the space, and one of the major ones is exactly what you’re saying,” he said.

While perhaps better known for his personal affection for cannabis, which has come across clearly in movies like Pineapple Express, Rogen has also incorporated marijuana into his philanthropic pursuits. He hosted an adult carnival featuring cannabis earlier this month, the proceeds of which went to support research into Alzheimer’s disease.

I’m throwing a carnival for adults for charity! Your favorite comedians will be operating the games! Anderson .Paak wil perform! Get you tix here: https://t.co/Z0MzRiKWre pic.twitter.com/VlxJqxGqhr

He also testified before a congressional committee in 2014, joking that he wasn’t there to talk about marijuana but an issue he feels more passionate about: exploring cures for the degenerative disease.