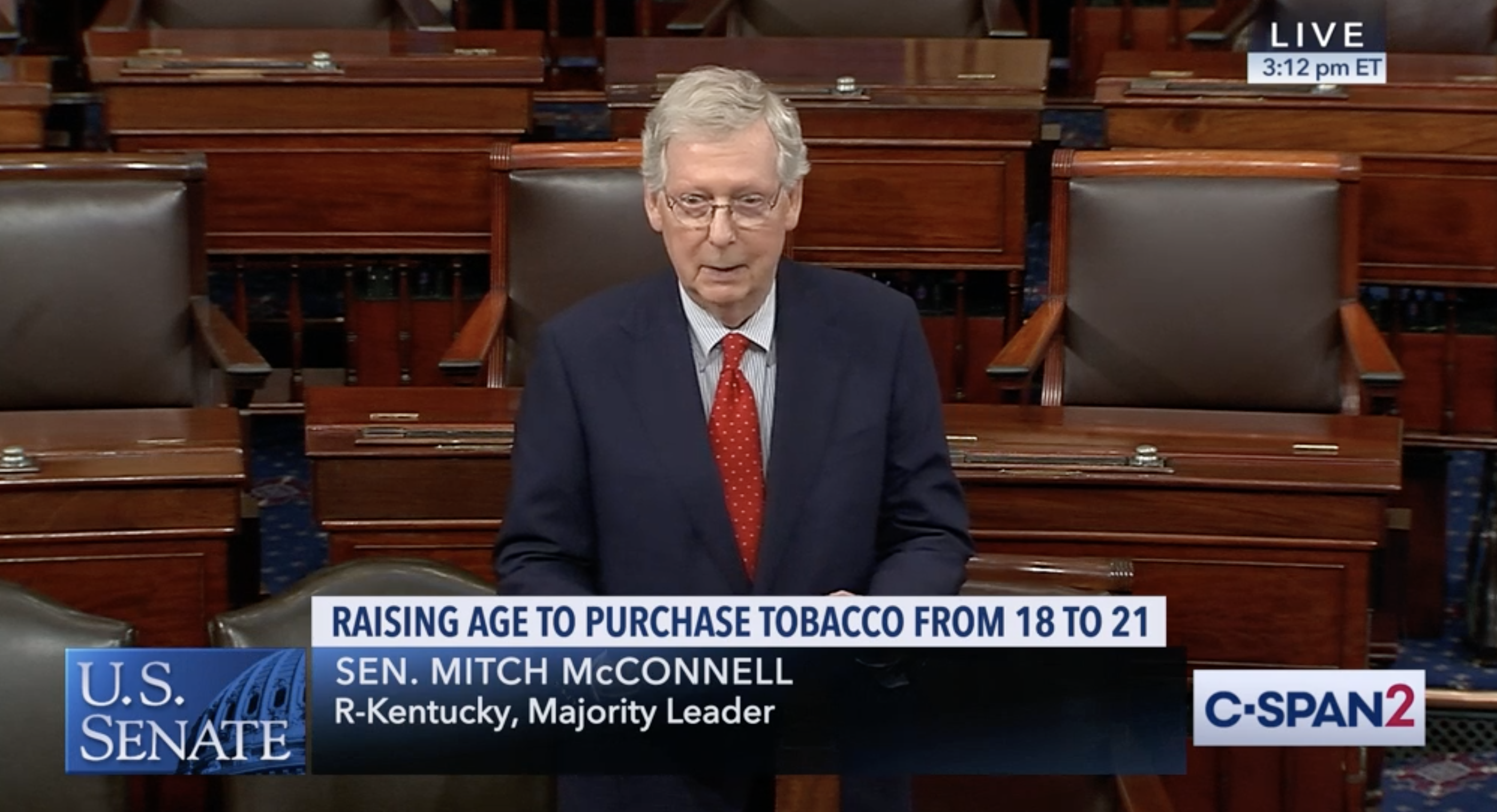 Senate Majority Leader Mitch McConnell (R-KY) said on Monday that hemp represents a lucrative alternative to tobacco for farmers in his home state of Kentucky and elsewhere.

The senator made the point in a floor speech while introducing a bill to raise the minimum age requirement to purchase tobacco products nationwide from 18 to 21. The tobacco market has been steadily declining, he said, and hemp is one of several crops that could offset those losses.

The majority leader’s speech involved an extensive history lesson. McConnell mentioned at one point that George Washington grew tobacco, but due to a “variety of factors,” he scaled that back and started to “experiment with other things.”

“One of those new crops was hemp. That was all the way back in the 1770s,” he said. “Well, as usual, George Washington knew what he was doing. Industrial hemp is making a comeback today.”

“Kentucky farmers asked for help to change the outdated federal laws that confused the plant with cannabis and prevented them from exploring the crop,” he said, touting his role in federally legalizing industrial hemp and its derivatives as part of the 2018 Farm Bill.

“Now we’re seeing the future take shape right before our eyes,” McConnnell said. “Farmers in 99 of 120 counties [in Kentucky] are growing hemp. Processors are reporting more than $50 million in gross sales. And this is just one of the new crops our farmers are using to chart new directions and connect Kentucky’s past with its future.”

The senator made similar remarks while first announcing his tobacco legislation in April. He’s also made his hemp legalization efforts a focal point of his reelection campaign, arguing that it’s at “the top of the list” of reasons why voters should let him keep his seat.

McConnell has routinely called for the quick and effective implementation of hemp legalization, writing letters urging the U.S. Department of Agriculture to “expeditiously” develop regulations for the industry, prosing to file standalone legislation to fix any “glitches” in the rollout and even adding language that already exists in the Farm Bill to separate legislation to ensure that hemp farmers have access to federal crop insurance.