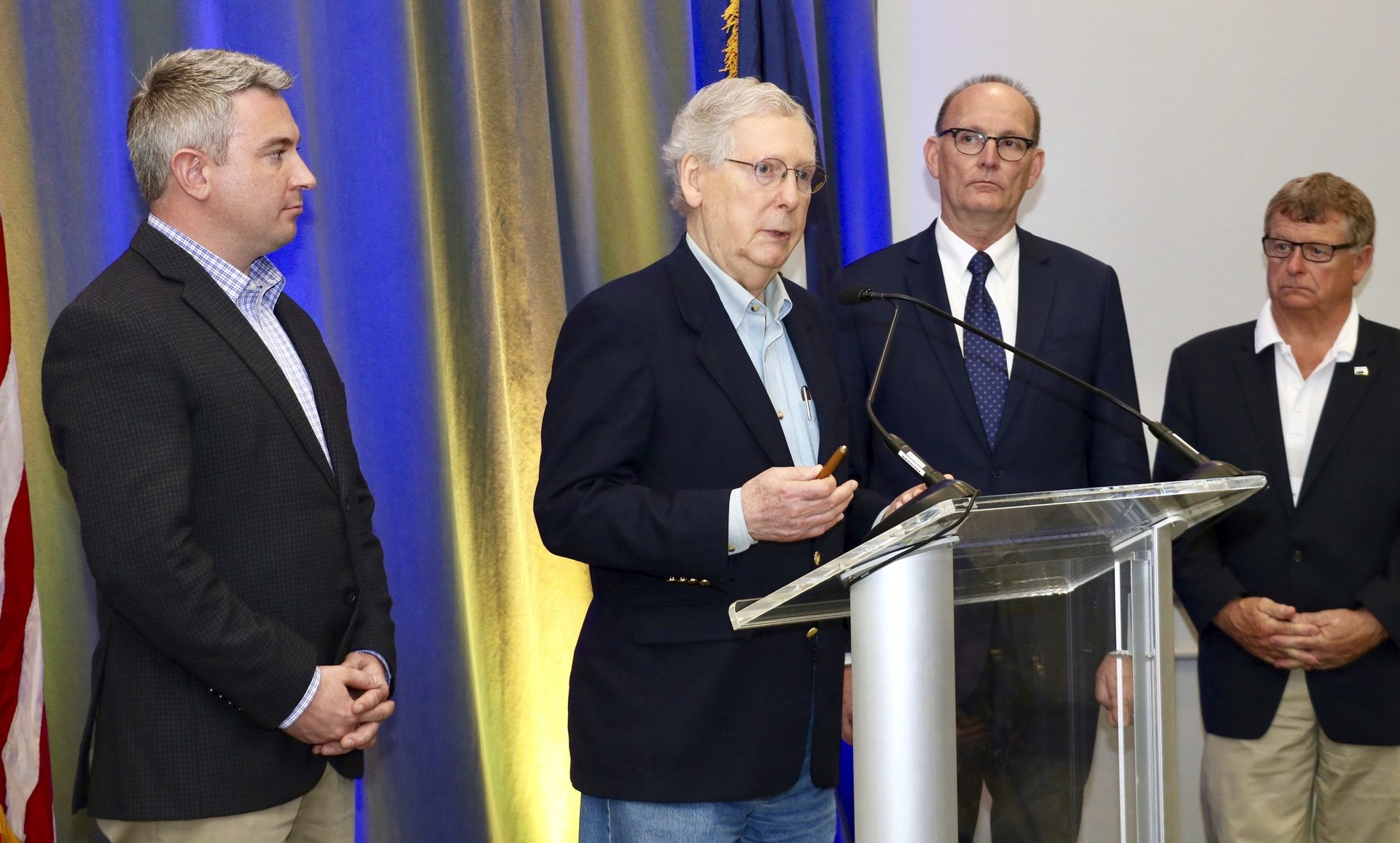 The senator made the remarks at a hemp panel in Kentucky, where he and the state’s agriculture commissioner discussed the rollout of hemp legalization under the 2018 Farm Bill. Agriculture Secretary Sonny Perdue also spoke at the event via a video stream.

“Hemp has a remarkable history in the Bluegrass State,” McConnell said in a press release. “Forums like this allow hemp growers, processors and interested parties to engage with federal agencies as they move forward with guidance that pave the way for the full realization of hemp’s potential in an open marketplace.”

What an honor it is for us to host @USDA_AMS Under Secretary Greg Ibach and Risk Management Agency Administrator Martin Barbre for a forum with Kentucky’s hemp community. The fact they chose KY for the first stop to learn about hemp underscores that we are a national leader. pic.twitter.com/7PLfOnyVmn

According to the Courier-Journal, the senate leader also talked about potential legislation to address problems that have emerged since hemp and its derivatives were federally legalized late last year. Specifically, he said it was important to clarify the rules governing interstate shipment of hemp products, which has led to some arrests after police mistook hemp for marijuana.

“We’re in the red zone, but there are some glitches,” he said. “Some of it may require legislation. If it does, I’ll be there to do it.”

McConnell and Sen. Ron Wyden (D-OR) sent a letter to the head of USDA in February, raising similar concerns. In the letter, the senators emphasized the need to “expeditiously” develop a regulatory framework for hemp that provides for the lawful interstate shipment of the crop as well as banking access for hemp businesses.

The banking issue also came up in a separate letter that the bipartisan pair sent to federal financial regulators last week.

While hemp is legal, the USDA must still enact regulations before the industry reaches its full potential. Questions remain as to what’s permissible and what’s restricted for hemp cultivators and product manufacturers under the Farm Bill, and that’s not limited to USDA operations. The Food and Drug Administration (FDA) is also exploring regulatory options for hemp-derived CBD, which is another area of serious interest among retailers and distributors.

Great to have the ag community weigh in as we move forward on hemp production and regulations. For more info, check out the 2018 Farm Bill Webinar on the Domestic Hemp Production Program: https://t.co/0L8G5EMksw https://t.co/MrzsUvwnbC

On several occasions, outgoing FDA Commissioner Scott Gottlieb has indicated that Congress may have to pass separate legislation in order for CBD to be allowed in the food supply or as dietary supplements. It’s not clear if McConnell is actively considering introducing any bills to that end, however.

“Leader McConnell and [Kentucky Agriculture Commissioner Ryan Quarles] understand the importance of this growing crop in our broader farm economy and I’ve been clear about the need to establish the regulatory framework for future certainty and opportunity in the production of industrial hemp,” Perdue said in a press release. “Listening sessions like this are very helpful in assisting our staff to gain a better understanding of your needs as we develop rules in accordance with the mandates in the 2018 Farm Bill.”