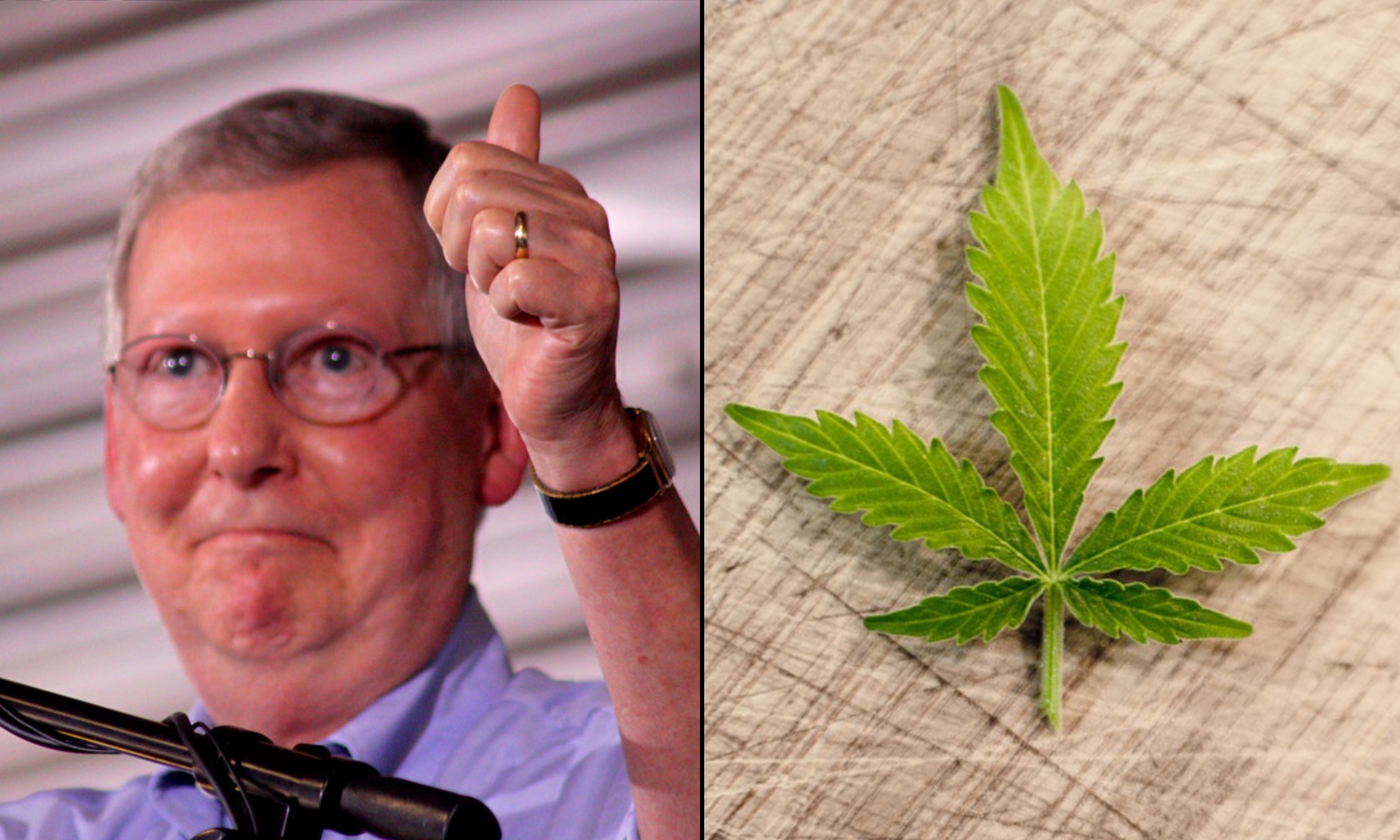 Why should Kentucky voters reelect Republican Senate Majority Leader Mitch McConnell? One major reason, according to a video his campaign unveiled on Wednesday, is the senator’s role in the legalization of industrial hemp.

The three-minute ad features various news clips highlighting McConnell’s actions in recent years, making the case to Kentucky residents that he deserves their votes. The first section focuses on how he helped secure the confirmation of President Donald Trump’s Supreme Court nominee, but hemp legalization immediately follows as the accomplishment the majority leader is apparently second most proud of.

A subsequent section of the video centers on tax reform and job growth under the Trump administration, the placement of which in the slickly edited ad could suggest the McConnell campaign sees the economy as less of a key selling point for voters than hemp is.

In the advertisement, McConnell is seen using his hemp pen to sign the conference report for the 2018 Farm Bill, which included his provision that removed hemp and its derivatives from Justice Department control. The voices of various reporters discussing the legislation and the senator’s leadership on the issue can be heard as the video shows supplemental footage of the crop being cultivated and trimmed.

McConnell has long argued that allowing farmers to grow and market hemp and products derived from it could be revolutionary for his state and the country as a whole. And his success to that end is now being used to shore up support for his 2020 reelection campaign.

His online campaign store does not feature any hemp products, though.

As the senator touts the achievement, the U.S. Department of Agriculture (USDA) is trying to temper expectations about how and when it will roll out regulations for the crop. Agriculture Secretary Sonny Perdue said last week that the department is “not expediting this” and is “taking this slow.”

That’s in spite of McConnell’s repeated attempts to speed up the process. He and Sen. Ron Wyden (D-OR) sent a letter to Perdue in February, encouraging the official to implement the hemp legalization provision “expeditiously” and “as Congress intended.”

McConnell also said last week that he is open to introducing standalone legislation to address any “glitches” in the enactment of regulations for hemp.

“We’re in the red zone, but there are some glitches,” he said. “Some of it may require legislation. If it does, I’ll be there to do it.”

Under the Farm Bill, states will be the primary regulators of hemp, but USDA still must develop a regulatory framework before it begins approving state plans. Perdue said the regulations would be ready in time for the 2020 planting season, but not for 2019.

Hundreds Of People Are Sending CBD Comments To The FDA