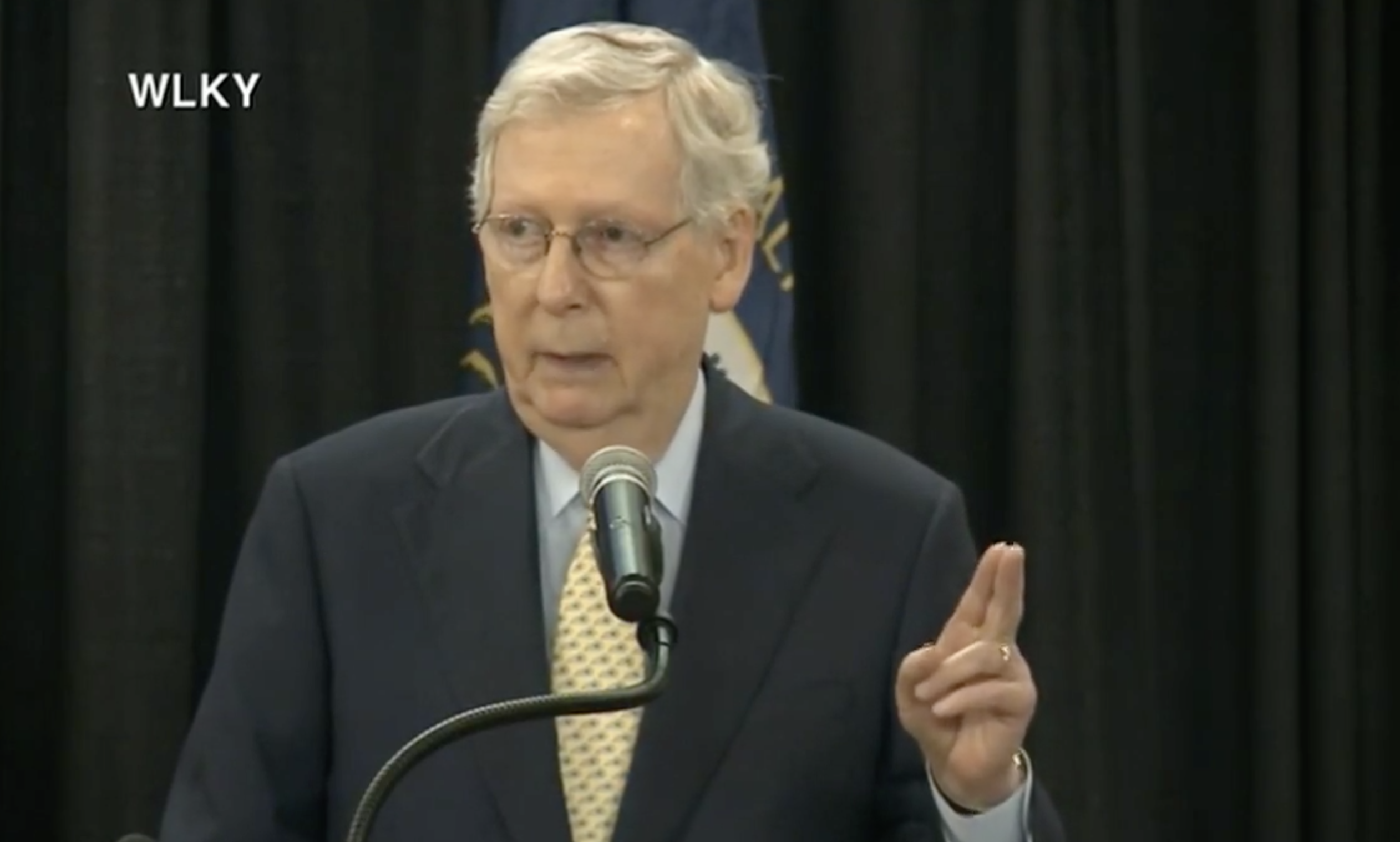 Senate Majority Leader Mitch McConnell (R-KY) said on Thursday that his role in getting industrial hemp legalized is at “the top of the list” of reasons Kentuckians should reelect him next year.

He also said that hemp could essentially replace tobacco, historically a big cash crop for the state that could take a hit under new legislation he introduced to raise the age requirement for tobacco sales from 18 to 21 nationwide.

“How does my job as majority leader help you? Help Kentucky?” McConnell said at a press conference. “At the top of the list I would put hemp.”

Then he pivoted into a discussion of his tobacco legislation, saying that his proposal to deter young tobacco use “underscores the transition in our state from tobacco to something new.”

McConnell led a ten-year federal buyback program meant to compensate tobacco farmers, whose profitability has sunken. He said one factor that contributed to Kentucky’s high rates of tobacco use was industry loyalty, with farmers and other industry workers feeling loyal to the crop that earns them their living and, therefore, choosing to smoke it.

He made a similar point at an earlier press conference Thursday, arguing that the ubiquity of tobacco farms “only further enhanced the view that I ought to be using this product which provides my livelihood” and that “Kentucky agriculture is moving in a much different way with industrial hemp, which we hope to lead the nation in.”

“What comes next? Well, in the previous Farm Bill five years ago, I inserted a provision that allowed pilot projects—because remember hemp was considered a controlled substance under federal law going back to right after World War II so it was treated like this more controversial cousin that we’ve all heard of,” he said, referring to marijuana. “Some states are actually legalizing that, but that’s not what we’re involved in. We’re talking about industrial hemp.”

“The pilot projects showed that there was a good deal of interest in Kentucky, particularly among young farmers,” he said, adding that his success in getting the president to sign the 2018 version of the agriculture legislation that legalized hemp is “an example of how my being in the job I’m in benefits our state.”

McConnell, who also touted his hemp provision in his reelection launch video last week, boasted about how his position as majority leader gives him access and influence. He called the Senate Agriculture Committee chair and got him to include hemp legalization in the Farm Bill. Nobody in the committee tried to shoot it down. But, because the House Agriculture Committee didn’t include hemp legalization in their version, McConnell said he leveraged his power to get the proposal past the goal line and to the president’s desk.

“When you have two different versions, you have a conference to work out the differences before they go back to each house,” he said. “Who appoints the conferees? I do. Who did I appoint? Myself.”

“Nobody ever made an effort to take it out. The reason I make this point is there’s certain advantages to Kentucky having someone like me in this job because I allows us to punch above our weight,” he said. “My being in the position I’m in I think really helps Kentucky.”