Maine recreational marijuana sales broke another record in August, exceeding $10 million for the first time since the adult-use market launched in October 2020.

The state’s Office of Marijuana Policy reported that the state’s 53 adult-use cannabis shops brought in about $10.2 million in marijuana purchases last month. And that translates into about $1 million in tax revenue for the state, which has a population of just 1.3 million.

By comparison, Maine cannabis sales for recreational consumers amounted to just $1.1 million during the first month of retail sales less than a year ago. That record has been broken each subsequent month.

While August proved to be a record-breaking month for marijuana purchases—with 133,969 sales transactions—it’s only slightly higher compared to July, when the state saw about $9.4 million in adult-use purchases. Those figures don’e include medical cannabis sales, which are tracked separately. 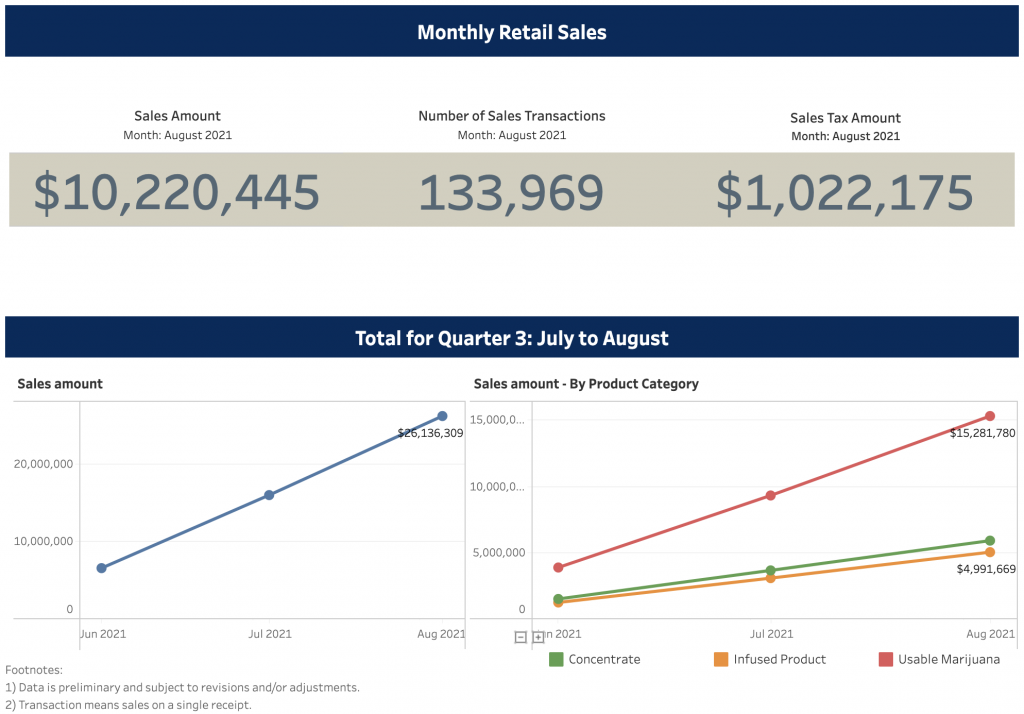 According to the Portland Press Herald, regulators have credited summer tourism for the sales spike.

But in general, states across the U.S. have seen similar trends over recent years. And marijuana sales records have been consistently broken over the past year despite the coronavirus pandemic.