Michigan marijuana sales broke another record last month with more than $171 million in cannabis transactions, according to data from a state regulatory body that was released on Friday.

July marijuana sales numbers for Michigan are in! $128M in adult-use sales and $43M in medical sales. Another record month!

The prior month saw $107 million recreation marijuana sales and $42 million for medical cannabis.

For July, the total sales translates into $23 million in tax revenue, some of which will go to infrastructure projects, public education and individual jurisdictions.

In July, Michigan’s marijuana industry generated $10.2 million in sales taxes as well as $12.8 million through the 10% excise tax for roads, schools, municipalities, and counties. https://t.co/31lnOMEfCN 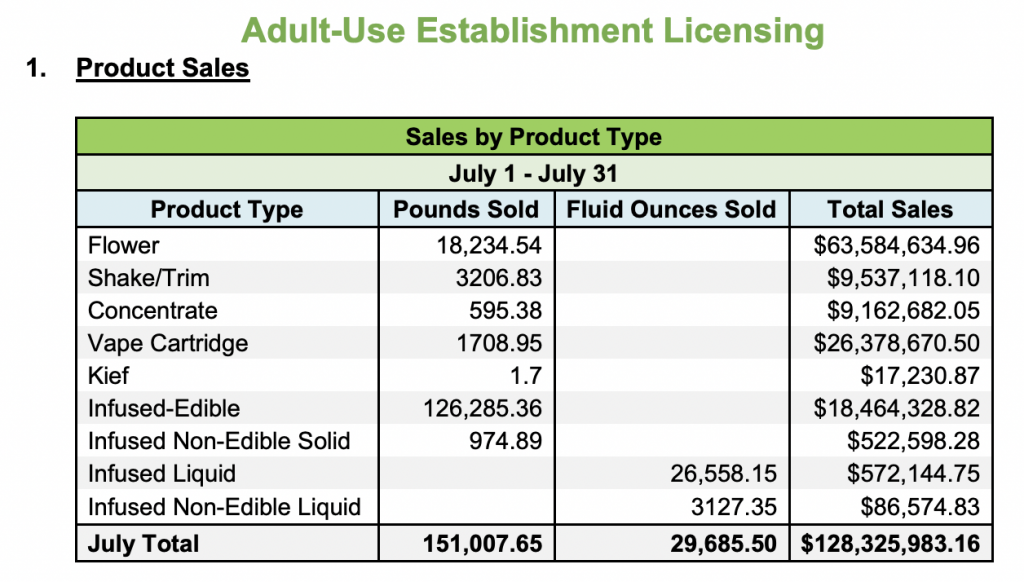 On the other side of Lake Michigan, adult-use cannabis sales in Illinois matched Michigan’s at $128 million—which is also a new record for the Prairie State.

This has become a common theme across legal states amid the coronavirus pandemic. A recent analysis of sales data in Alaska, Colorado, Oregon and Washington State found that marijuana purchases “have increased more during the COVID-19 pandemic than in the previous two years.”

“Findings show a general increase in cannabis sales following stay-at-home orders issued in AK, CO, OR, and WA in late March 2020,” the report, published earlier this month in the International Journal of Drug Policy, says. “In all four states, those increases were greater than the percent increases observed in the preceding two years.”

Michigan officials have also recently taken steps to ensure that residents in the state who legally consume cannabis have certain employment-related protections, with the state attorney general filing a legal brief this month arguing that workers fired from the jobs for marijuana use outside the workplace are still eligible for unemployment benefits.