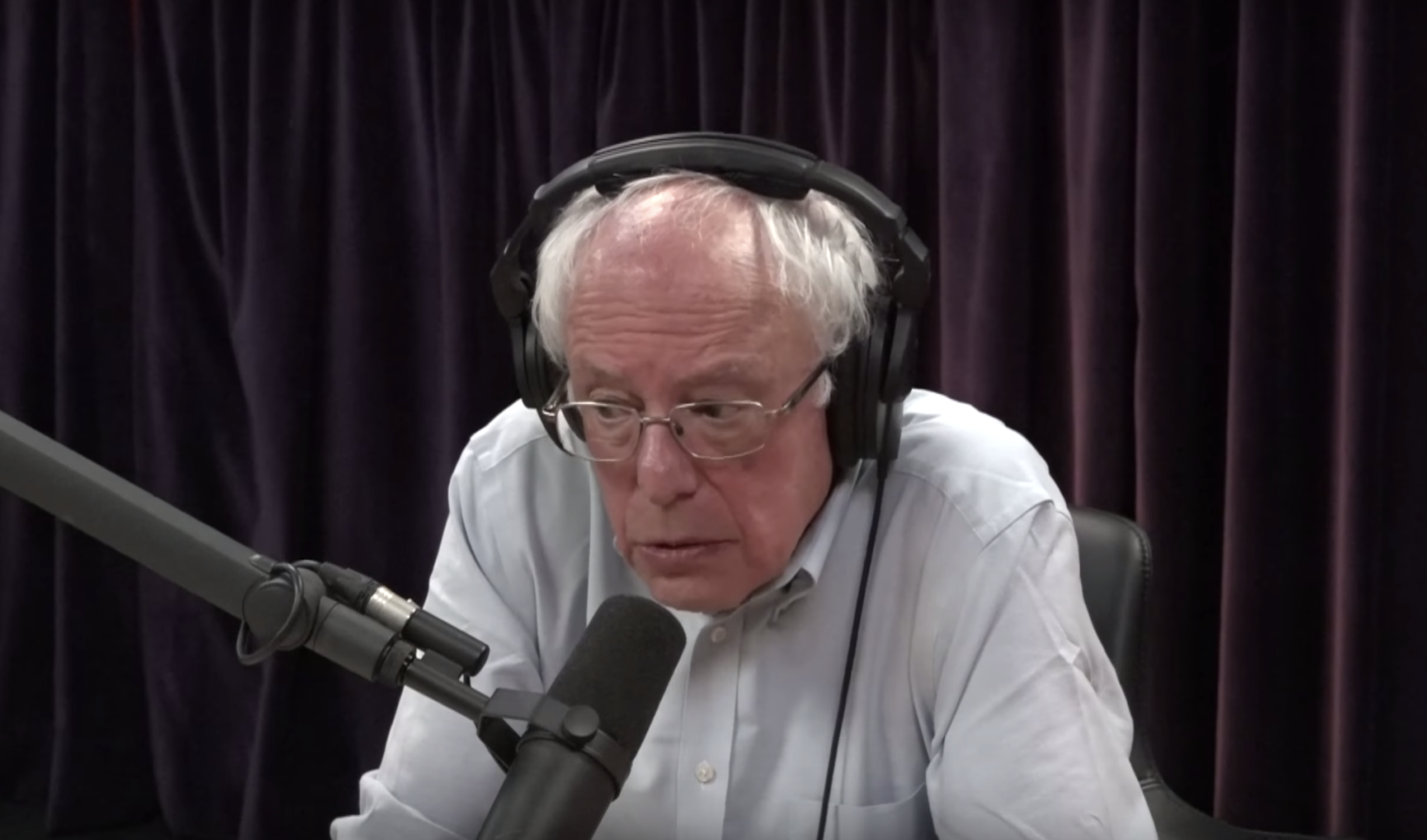 In a wide-ranging interview that touched on disclosing government secrets about UFOs and taking executive action to end marijuana prohibition, Sen. Bernie Sanders (I-VT) said on Tuesday that he’s not currently open to legalizing or decriminalizing drugs other than cannabis.

The 2020 Democratic presidential candidate appeared on the Joe Rogan Experience, where he talked about his support for cannabis reform and was pressed on how to combat the illicit drug market. Rogan made the case that legalizing all drugs could mitigate the public health and safety risks associated with illicit sales.

When asked whether he’d consider pushing for broader legalization, Sanders said “no.”

“Not at this point, no I wouldn’t,” he said. “But you’re touching on a real tragedy.”

Rogan pushed back, stating that the “uncomfortable reality about drugs is that when drugs are illegal, criminals sell them.”

“There’s a demand for drugs in this country that’s absolutely fueling Mexican cartels and illegal drug runners inside this country,” he said. “There’s a lot of that. How do you curb that if drugs are illegal?”

Sanders said it was a “very, very deep question that we don’t talk about terribly much,” but he went on to say that the question we should be asking is why Americans are increasingly turning to drugs and alcohol, which he argued is a factor contributing to declining life expectancy in the country. The senator said that a lack of health care, living wages and sense of community is causing people to turn to drugs as “a way out.”

The host asked whether Sanders felt providing people with more educational and workplace opportunities would “stop some of the demand for these illegal drugs.”

“I believe that is the case,” he said. “If I’m optimistic, if I’m excited about going to work tomorrow and I’m seeing my kid doing great in school and when I get sick I can go to the doctor’s office, I have a sense of community, my downtown is not all boarded up businesses, but we have a community—yeah, the strong likelihood is there will be less diseases of despair and drugs than we currently see.”

Rep. Tulsi Gabbard (D-HI) didn’t rule out decriminalizing all illicit drugs and similarly talked about the need “to address that reality [of addiction] and help resolve some of the root causes of why people are turning to different substances in the first place.”

Earlier in the Rogan interview, Sanders touted his call for legalization when he was running in for the 2016 Democratic presidential nomination, describing it as a “very radical idea” at the time. Now, he said, legalization is “is spreading all over the country.”

“By the way, it blows my mind to drive through Nevada and I think California, you see signs—corporations [with billboards saying] ‘buy our marijuana,’” Sanders said. “Four years ago, people were getting arrested for doing that, right? Their lives were being destroyed.”

Rogan mentioned that individuals could be sentenced to life for cannabis in the 1970s.

“Can you believe that? And now you have corporations selling the damn product that people went to jail for,” Sanders said. “I think ultimately we have got to legalize marijuana, and what’s good news is some communities, some cities, are expunging the records, so if you were arrested, have a criminal record for selling marijuana, that is being expunged and that is the right thing to do.”

“We can argue about the pluses and minuses,” he said. “I’m not a great fan of drugs. I smoked marijuana a couple of times, didn’t do much for me. Other people I guess have different experiences.”

“I certainly have,” Rogan replied.

During the interview, Sanders pledged to do at least two things if elected president: see about legalizing cannabis through executive order and, upon Rogan’s request, disclose any information he runs into about aliens or UFOs.

Sanders said his wife would be adamant about the alien disclosures and he promised to come back on Rogan’s podcast with any updated.

“We’ll announce it on this show,” he said.

One-In-Seven Americans Use CBD, According To A New Gallup Survey