Federal regulations haven’t been issued for CBD yet, but that’s not stopping Americans from utilizing the cannabis compound, according to a survey released by Gallup on Wednesday.

The poll, which involved phone interviews with more than 2,500 adults from June 19-July 12, illustrates the wide appeal of CBD nationwide since the 2018 Farm Bill was approved in December, federally legalizing hemp and its derivatives like cannabidiol.

Though young adults and people living in the West are the most likely to use CBD (20 and 21 percent, respectively), people from all demographics and regions are evidently partaking. Almost one-in-10 individuals 65 or older use CBD, for example. And 13 percent of people from the South reported using the non-intoxicating ingredient, compared to 11 percent in both the Midwest and East. 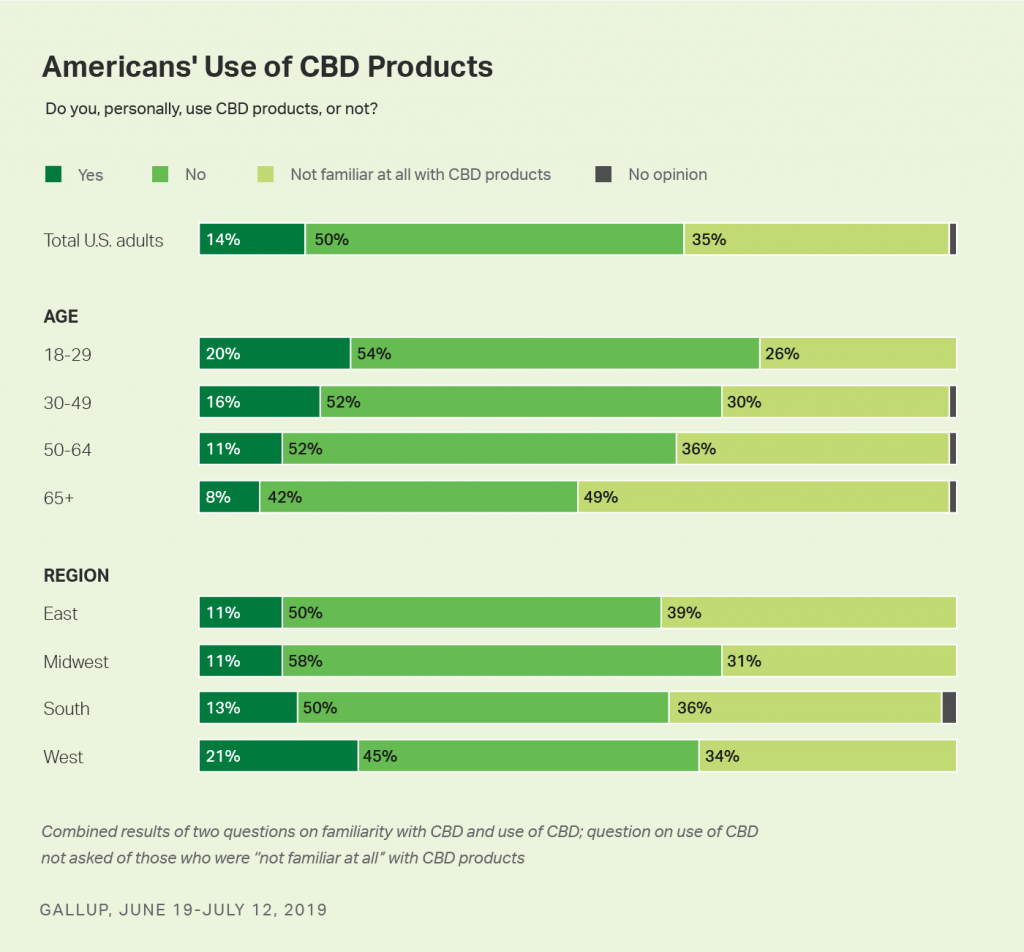 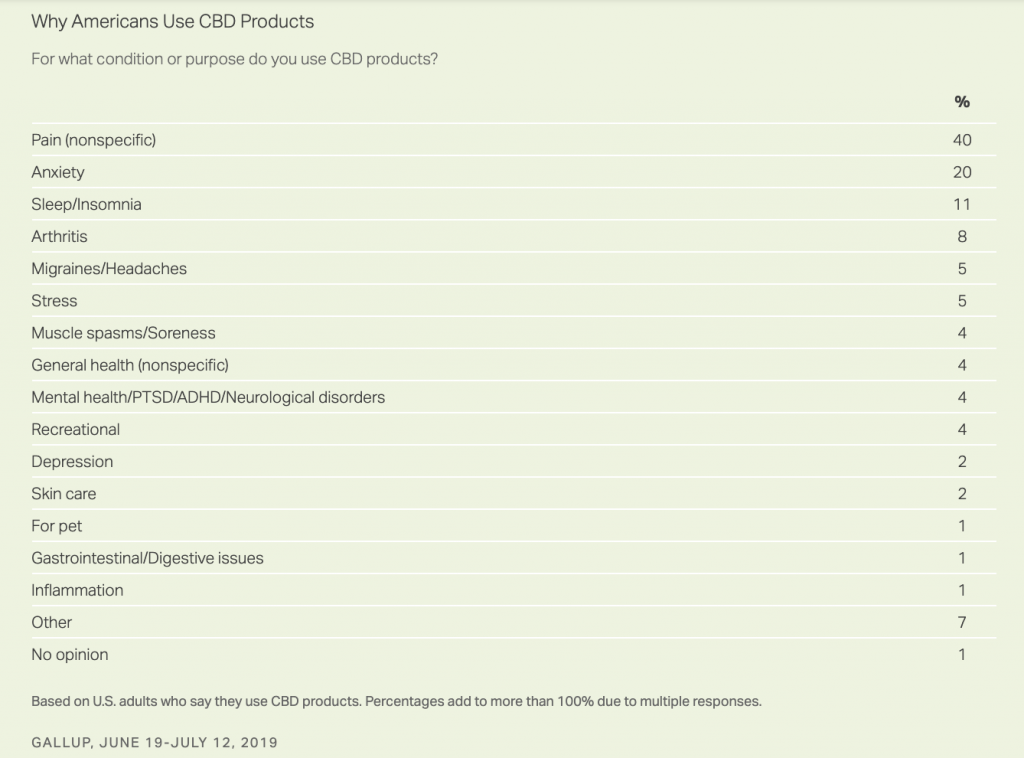 (The percentages in the chart don’t add up to 100 due to some respondents using CBD for multiple purposes.)

The survey offers another example of the explosive growth of the CBD industry and the strong interest among Americans in finding alternatives to pharmaceuticals for the treatment of various conditions, particularly pain.

One in seven Americans say they personally use CBD-based products, including 20% of young adults and 21% of those living in the Western U.S. https://t.co/jGsVDjX87O pic.twitter.com/FWVv60eOP7

But while CBD products are turning up everywhere—in grocery stores, dispensaries, gas stations, online, pet shops and more—the Food and Drug Administration (FDA) is still in the process of developing rules to allow for marketing in the food supply or as dietary supplements. And so while access isn’t a problem, the agency has stressed that selling CBD products in that way isn’t currently permitted, though FDA is prioritizing enforcement against CBD companies that make unsanctioned claims about the therapeutic benefits of the products.

Former FDA Commissioner Scott Gottlieb wrote an op-ed for The Washington Post last month calling for the speedy development of CBD regulations so the agency can “fulfill its public-health obligations and meet the political demand for these goods.”

Photo by Kimzy Nanney on Unsplash.