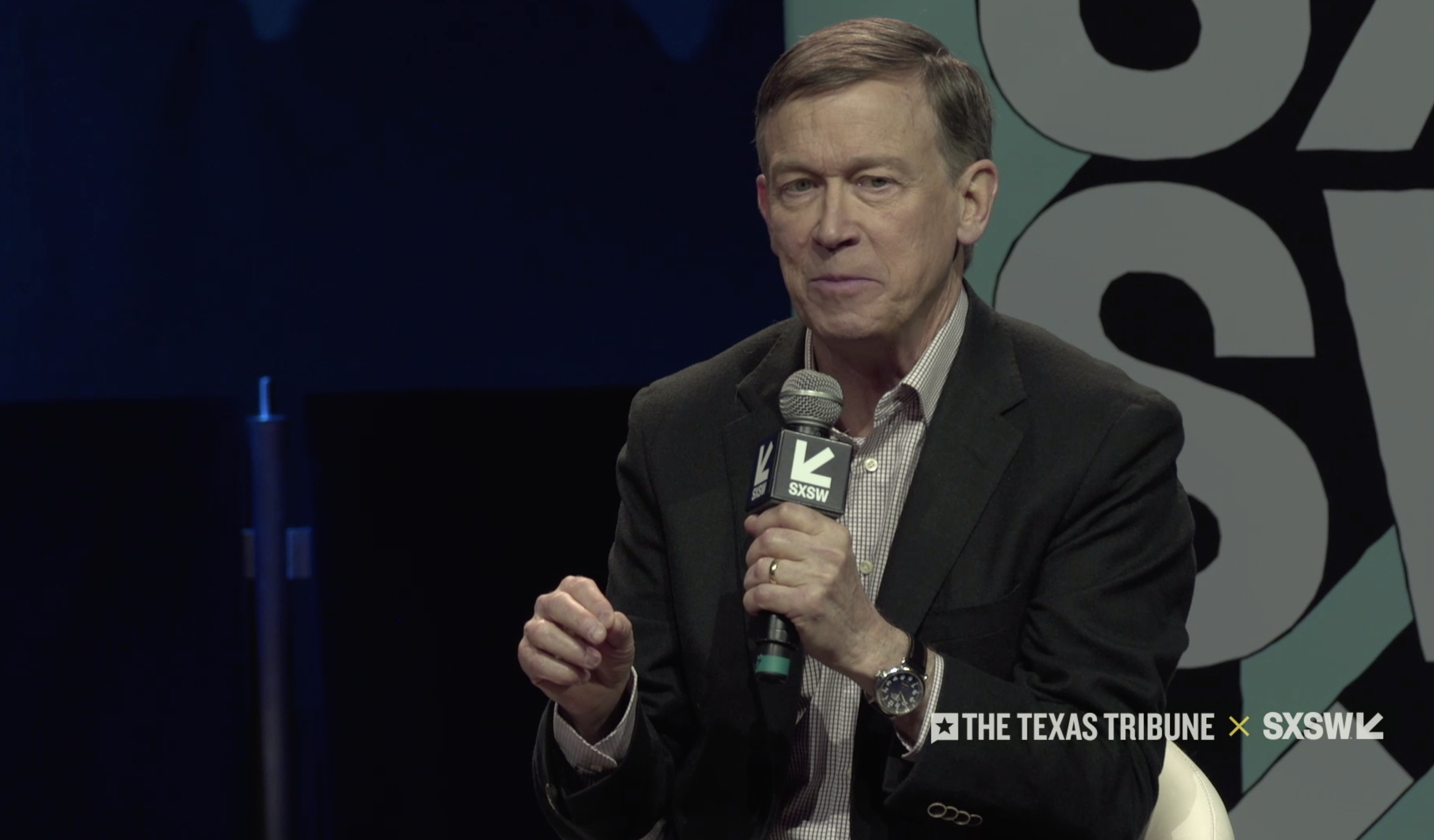 John Hickenlooper, the former governor of Colorado and a current Democratic presidential candidate, says that the federal government shouldn’t stop states from decriminalizing drugs like heroin and cocaine or allowing for supervised consumption facilities where people can inject illegal substances more safely.

He also said governments should seriously consider legalizing and regulating sex work as a means to keep providers safe.

BuzzFeed editor-in-chief Ben Smith moderated the conversation at SXSW and started by asking Hickenlooper about two subjects he’s more intimately familiar with: marijuana and beer. Hickenlooper said both should be used in moderation, though he acknowledged that tens of thousands of people die each year as a consequence of alcohol consumption.

But then Smith asked the candidate about broader drug decriminalization and, specifically, whether the U.S. should explore permitting safe injection sites, where people can consume heroin and other illegal substances under observation from medical professionals who could intervene in the event of an overdose and also offer support to overcome addiction.

Hickenlooper didn’t immediately answer the question and instead talked about the failure of the war on drugs in general.

“I think that criminalizing drug use has not worked—the war on drugs,” he said. “Perhaps the major consequences has been millions of young people, generally from communities of color from lower income communities, have not only gone to prison but they’ve been made felons. I think that has made lives unbelievable harder for people that we should’ve been trying to lift up.”

“Would you decriminalize harder drugs than pot?” Smith asked.

“I think that that’s a process,” Hickenlooper said. “I don’t think the federal government should tell any state that they should decriminalize marijuana.”

Smith pressed again and asked if the former governor thinks the federal government should be allowed to tell states that they can’t decriminalize heroin or cocaine.

“No,” he said. “My personal preference, and my political preference, is that I believe that states are the laboratories of democracy, and what we’ve done with marijuana, I opposed it in the beginning, but we did everything we could to see if we could make it work.”

Hickenlooper then talked about health impacts from high-THC cannabis use among young people, saying that he’s talked to multiple scientists about the potential for long-term memory loss and the risk of developing or triggering mental health problems.

“There are real problems with it. But that being said, what we’ve created is a better system than the old one,” he said. “When you talk about creating safe rooms for narcotics, I don’t think that we have enough evidence to make a national decision yet, but I think if Seattle wants to do that, then they should have the ability as long as they’re working within certain norms, they should be able to do that.”

(To see video of Hickenlooper’s remarks, go here, click “Watch Again” in the embedded video and then click on the the arrow that appears on the the right. The conversation about drug policy begins around 24:00 into the video with Hickenlooper.)

What about sex work? Smith asked.

The candidate mentioned that he’d recently read about the abuse of women who worked at a Florida massage parlor, where high-profile men allegedly paid for sex acts. It’s an example of the type of abuse that a regulated system might be able to mitigate, he said.

“There are a lot of arguments—and I think they’re worth taking into serious consideration—that legalizing prostitution and regulating it so there are norms and protections and we understand more clearly how people are being treated and make sure that we prevent the abuse, I think that it should be really looked at, I really do,” Hickenlooper said. “I think that the present system, just like the war on drugs, isn’t working.”

At the same time that support for marijuana legalization is increasingly viewed as a minimum requirement for Democratic candidates, the conversation seems to be heading toward broader drug reform. Rep. Tulsi Gabbard (D-HI), who is also running fro the party’s nomination, didn’t rule out decriminalizing all drugs during a CNN town hall event last week. She also supports decriminalizing sex work.

Photo courtesy of The Texas Tribune.