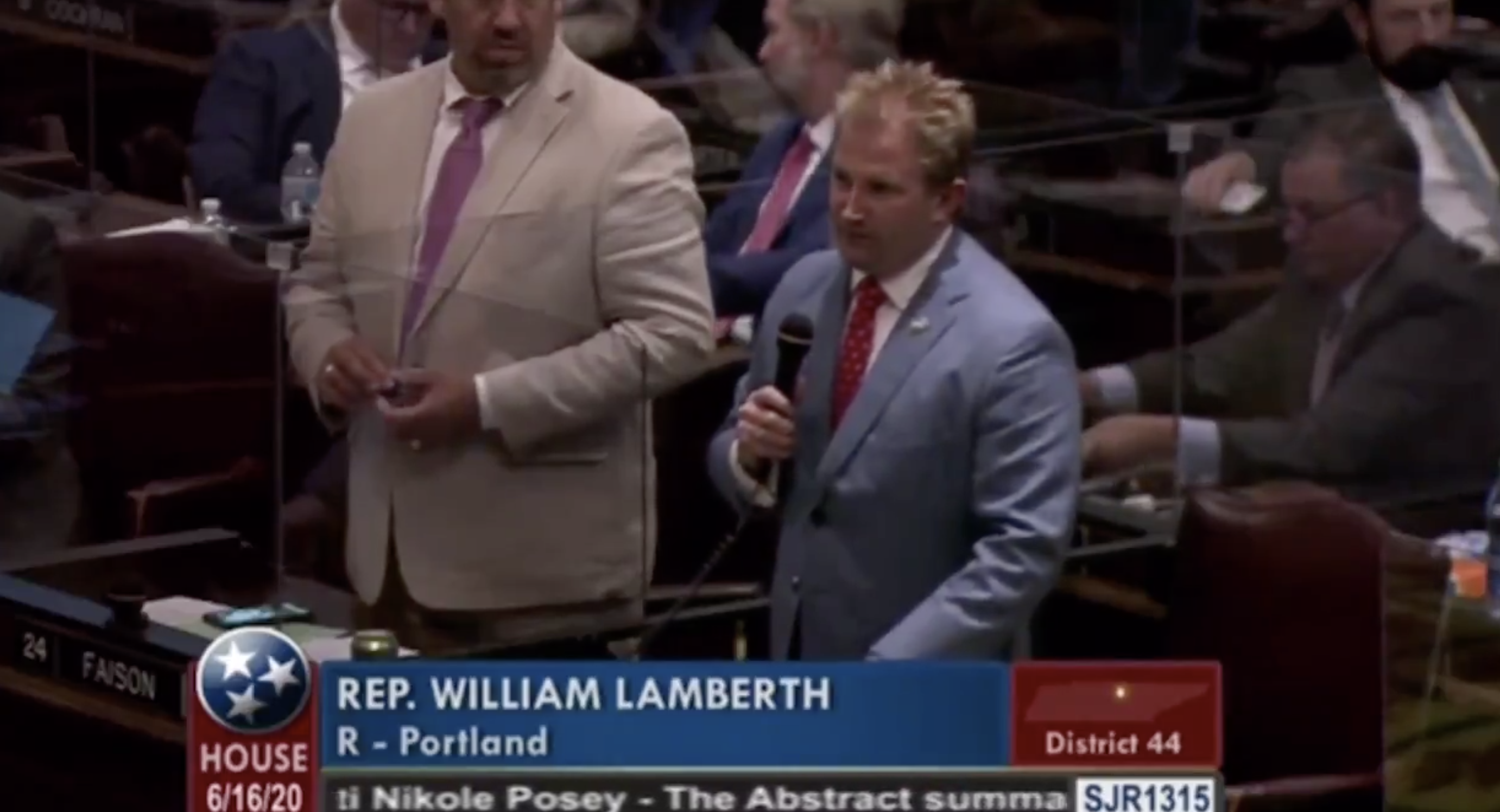 A Tennessee lawmaker blocked a resolution to honor the life of a 17-year-old black girl who was fatally shot in April because, he said, she was allegedly involved in a low-level marijuana sale prior to her death.

Rep. William Lamberth (R) said on the House floor on Tuesday that he couldn’t support the measure because of what “led to this young lady’s untimely demise,” referencing police reports that Ashanti Posey and a friend were involved in a cannabis sale before she was killed in her car.

“Due to the behavior—and I will say choices that she was involved in at the time—I cannot in good conscience vote in favor of this,” he said. “I rise to apologize to her family and friends and say that I do feel in my heart that I wish I could support this resolution, but I simply cannot, given the activity she was involved in that led to her demise.”

Rep. William Lamberth, R-Portland, said he could not support the resolution because of Posey’s “behavior” at time of her death. Police say Posey and a friend had just sold marijuana shortly before the shooting, according to our Nashville NBC affiliate. @WMCActionNews5 #tnleg pic.twitter.com/v4cAw0C3Ee

The joint resolution, which had already passed the Senate and required unanimity, failed in the House in a 45-1 vote.

The measure recognized Posey’s academic and athletic accomplishments, volunteer work and advocacy for LGBTQ rights. It states that “we honor the memory of Ashanti Nikole Posey, reflecting fondly upon her impeccable character and her stalwart commitment to living the examined life with courage and conviction” and “we express our sympathy and offer our condolences to the family of Ms. Posey.”

But those aspects of the teen’s life, as far as Lamberth is concerned, are overshadowed by an alleged non-violent drug crime.

“My heart does go out to this family on the loss of life, but to applaud that individual on the House floor, I simply cannot support it,” he said. “Others may very well do so, but I wanted to share my reservations and explain because this family has gone through a loss, and I would probably vote in favor of something honoring them and mourning their loss. I simply cannot honor this young lady’s life, given what she was involved in.”

The lawmaker’s sole “no” vote immediately sparked backlash, with protestors chanting “black lives matter” before being removed from the chamber and arrested. Several lawmakers also walked out in opposition to the vote, according to News Channel 5.

Justin Jones and others in gallery began screaming “black lives matter” and now appear to be placed under arrest by troopers. Chaotic scene outside the House chamber. pic.twitter.com/elNui0aJwH

“Glen Casada, let em know what happens when you’re racist,” @brotherjones_ yelled down to the former House speaker as he was led out of the chamber by troopers last night. pic.twitter.com/zb3pnhQMvo

The controversy comes as nationwide protests over racial injustice following the police killings of unarmed black Americans such as George Floyd and Breonna Taylor.

At the congressional level, Rep. Mo Brooks (R-AL) similarly disparaged Floyd by writing that Democrats and the media are “deifying druggie & thug for political gain is wrong,” calling the man who died while being suffocated by an officer’s knee a “marijuana user.”

Other lawmakers and officials have taken the opposite approach, arguing that these deaths clearly demonstrate the need pursue drug policy reform and end criminalization in order to minimize police interactions, curb mass incarceration and treat substance misuse as a public health issue.

Sens. Bernie Sanders (I-VT) and Cory Booker (D-NJ) discussed the role of marijuana criminalization and the broader drug war in perpetuating racial injustices last week, and they remarked on how black people are significantly more likely to be arrested for cannabis possession compared to white people despite similar rates of consumption.

Virginia Gov. Ralph Northam said that the passage of cannabis decriminalization legislation this year represents an example of how his state has addressed racial inequities that are inspiring mass protests in the wake of police killings of black people such as Floyd and Taylor.

Meanwhile, the Library of Congress recently posted a collection of racist news clippingss that helped drive the criminalization of marijuana a century ago.