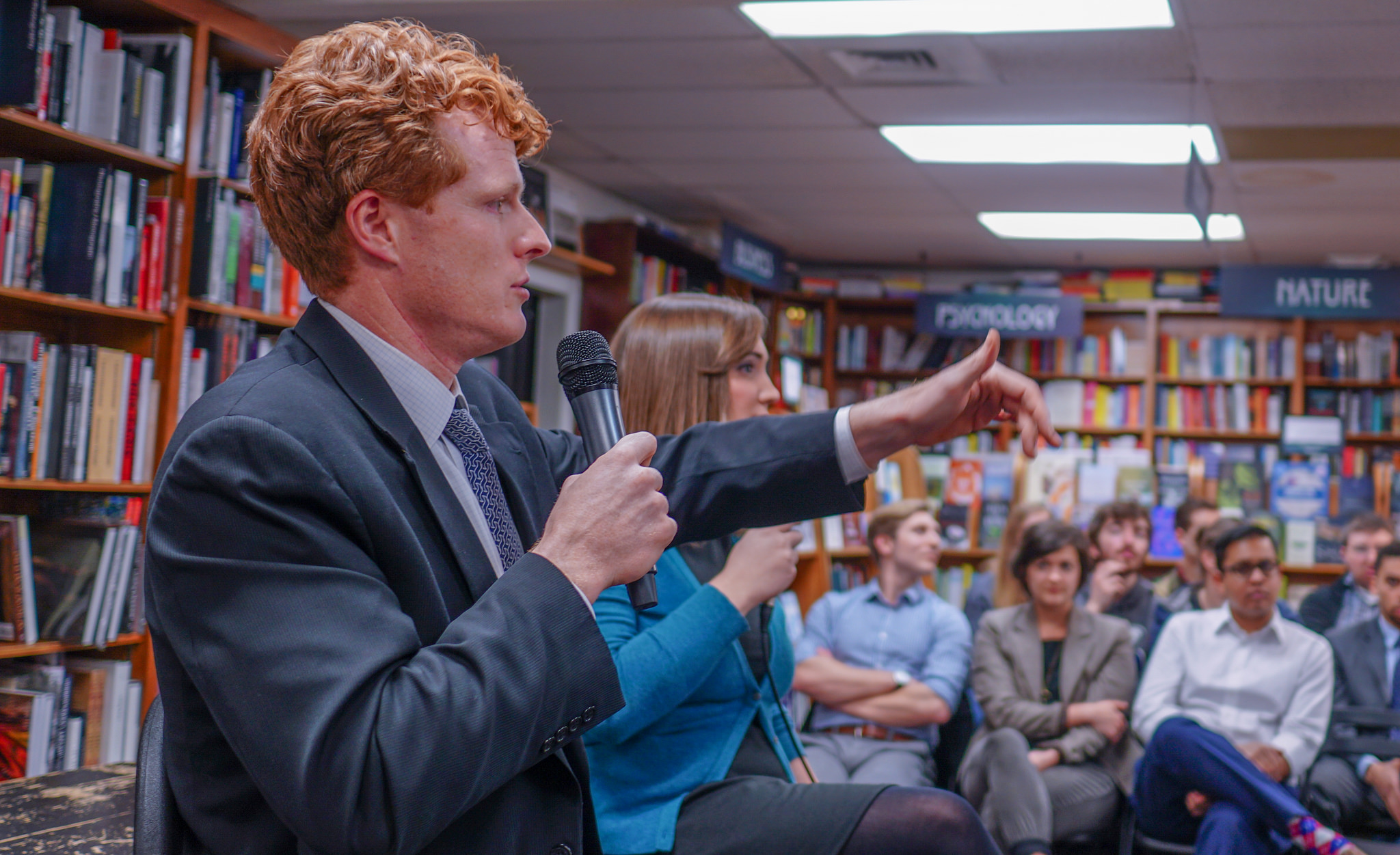 A Democratic congressman who previously stood opposed to marijuana reform now not only supports legalization of cannabis but says he sees potential in the therapeutic benefits of psychedelics.

Rep. Joe Kennedy III (D-MA), who is mounting a primary challenge against Sen. Ed Markey (D-MA), said during a virtual town hall event last week that he’s been “diving into some of the issues around the medicinal use of certain psychedelics that, at least at this point, show some promise with regards to addressing issues in depression and particularly PTSD.”

“I think more study there is needed, but the initial research out of that is actually quite promising, which is wonderful news for folks suffering from those conditions and others,” he said.

The congressman’s remarks are surprising for a few reasons.

First, talk of psychedelics is relatively rare among members of Congress. While many members have expressed interest in pursuing cannabis reform, the Democratic-controlled House soundly defeated an amendment last year that was meant to simply promote research into psychedelics like MDMA and psilocybin. Kennedy was among the “no” votes for that measure.

Second, the congressman wasn’t directly asked about psychedelics but chose to proactively raise the issue.

Finally, it’s Kennedy. He certainly evolved on drug policy reform since his days backing marijuana prohibition, pivoting to a pro-legalization stance in 2018. But even so, supporting marijuana reform makes clear political sense given the supermajority Democratic support for the policy change and the fact that voters in his state overwhelmingly approved the policy in 2016.

It’s less certain where the public stands on psychedelics, though local decriminalization movements around the country indicate there’s growing support. Oregon voters will decide on a ballot measure to legalize psilocybin therapy in November.

“Clearly when it comes to the war on drugs, we have seen enormous disparate impacts for minorities—black and brown communities,” Kennedy said at the online event hosted by Suffolk University, the Justice Reform Coalition, the WGBH Forum Network, Lowell University organizations advocating for formerly incarcerated people. “That disparate impact needs to be addressed. It means the full-on repeal of the 1994 Crime Bill and it means reexamining our criminal justice system, particularly the federal criminal justice system.”

“I do think that if there’s a lesson from the past several years, it’s clearly that the war on drugs is not working,” he added. “It is one of the reasons why I was focused on and have been focused on mental and behavioral health and addiction because I saw that every day in our justice system, that you will not prosecute your way out of this problem. You need to treat it.”

The Senate race between Kennedy and Markey has seen a notable focus on marijuana reform, with both candidates attempting to cast themselves as the more pro-reform option. At a primary debate in June, both defended their records and attempted to make the case that they were quicker out of the gate to embrace ending prohibition than their competitor was.

Markey recently scored some points with the cannabis community after a blunt-smoking constituent passed him while he was walking the streets of Revere, Massachusetts and he responded by saying, “I support marijuana, by the way.”

Biden Will Be A ‘Constructive Player’ On Marijuana Reform, Congressman Predicts