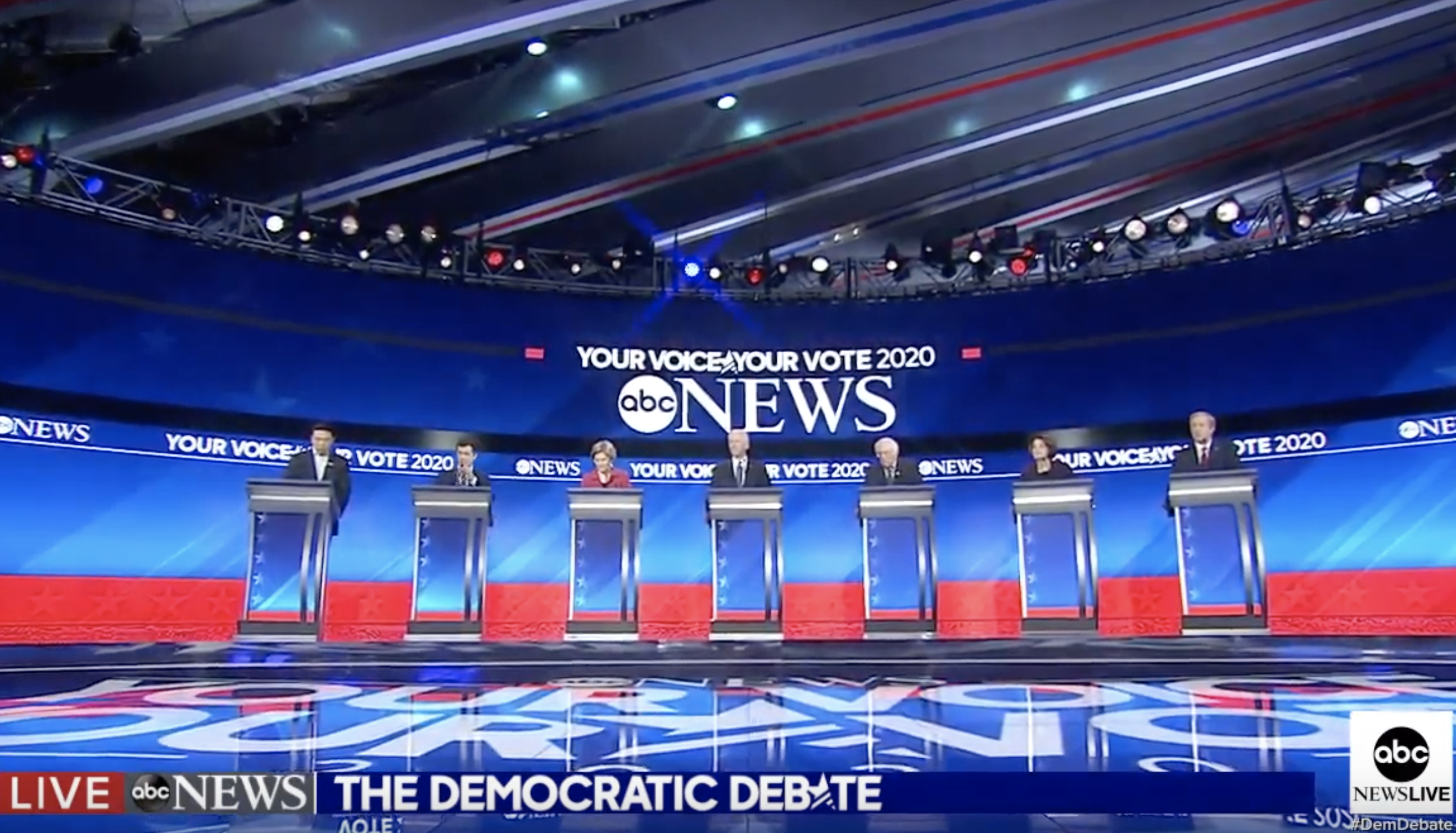 Drug reform policy took center stage at the 2020 Democratic presidential debate in New Hampshire on Friday, with candidates weighing in on issues such as decriminalizing possession of controlled substances and how to address substance misuse.

In a separate exchange, Buttigeig was asked about his proposal to decriminalize possession of all drugs—a plank included in both his mental health and racial justice plans. But the candidate contested the premise of the question, saying that he simply wants to end incarceration for possessing illegal substances, a semantic distinction that he’s made before.

“No, what I’ve called for is that incarceration should no longer be the response to drug possession. What I’m calling for is that we end the use of incarceration as a response,” he said. “This does not mean that it will be lawful to produce or distribute those kinds of harmful drugs, but also, as we know from the opioid crisis, some of this has been driven by companies that were acting irresponsibly with substances that were lawful.”

Buttigieg on his drug policy: "What I've called for is that incarceration should no longer be the response to drug possession." https://t.co/0GxKJz7e8Y #DemDebate pic.twitter.com/odQNSYNQOu

The remarks are a continuation of Buttigieg’s resistance to embracing terminology commonly used by drug reform advocates. In December, the candidate stressed that his proposal to end the threat of incarceration for drug offenses is not a “blanket decriminalization of a lot of other harmful substances.”

Major drug policy reform groups have long characterized removing the threat of incarceration for drug offenses—particularly first offenses—as decriminalization. However, others contend that the imposition of any criminal penalties, whether or not they come with time in jail, does not reflect a true decriminalization policy.

“These kinds of addictions are a medical issue, not a moral failure on the part of somebody battling that addiction,” the former mayor said, adding that the country should invest in harm reduction policies such as medication-assisted treatment to mitigate the risk of drug overdoses.

Later, Buttigieg was center stage for a discussion about the way marijuana criminalization is enforced across racial lines.

The candidate was asked about the rate of cannabis possession arrests during his time as mayor, with the moderator saying that racial disparities increased after he took office.

“On my watch, drug arrests in South Bend were lower than the national average—and specifically to marijuana, lower than Indiana,” he countered, saying that his administration made a decision to target drug enforcement resources in cases connected to gang murders.

The former mayor added that there’s “no question” that systemic racial bias has been a factor in cannabis arrests.

Buttigieg revisited a point he made during campaign stops in Iowa prior to this week’s caucus: while it has become a largely mainstream idea that the country needs to take a more health-focused approach to substance misuse amid the opioid crisis, many voices were missing decades ago when the government increased criminal penalties for drug offenses that disproportionately impacted communities of color.

“That is one of the reasons why I am calling for us as a country to take up those reforms that end incarceration as a response to possession,” he said.

The candidate emphasized that legalization of cannabis would be coupled with policies that retroactively removed criminal records for those previously convicted.

.@LinseyDavis on racial disparity in marijuana arrests in South Bend: You called it "evidence of systemic racism” … weren’t you the head of the system?

Buttigieg: “Systemic racism has penetrated to every level of our system and my city was not immune.” https://t.co/93QauZSK6e pic.twitter.com/9JBWgpP4co

Sen. Elizabeth Warren (D-MA) was prompted by the moderators to weigh on whether Buttigieg offered a sufficient explanation for his city’s cannabis enforcement record.

Buttigieg attempts to explain the increase in black arrests in South Bend under his leadership for marijuana possession.

ABC's Linsey Davis: "Sen. Warren, is that a substantial answer from Mayor Buttigieg?"
Warren: "No." pic.twitter.com/iesdxQTXK3

“We need to rework our criminal justice system from the front end on what we make illegal all the way through the system and how we help people come back into the community,” she said.

Earlier in the debate, entrepreneur Andrew Yang was asked about his support for decriminalizing opioids. Pressed about the potential cost of his campaign proposal that people who overdose “should be sent to mandatory treatment centers for three days to convince them to seek long-term treatment,” the candidate said pharmaceutical companies should foot the bill.

“As president, we will take back those profits [from drug companies that market  opioids] and put them to work right here in New Hampshire so that if you are seeking treatment, you have resources to be able to pursue it,” he said. “This is not a money problem fundamentally, this is a human problem. But money cannot be the obstacle.”

Yang also voiced support for opening supervised consumption sites for illegal drugs, adding that “if you are seeking treatment, you have to know you are not going to be sent to jail.”

Sen. Bernie Sanders (I-VT), for his part, said he wants to “end the war on drugs, which has disproportionately impacted African Americans, Latinos and Native Americans.”

Decrying a “racist system, from top to bottom,” the senator called for an end to private prisons.

We’re going to end the War on Drugs.

Former Vice President Joe Biden, who as a senator played a leading role in enacting several punitive drug laws, made a point during the debate of saying that he now wants “no one going to jail for a drug offense.”

“They go mandatory treatment,” he said. “No prison.”

Biden also pointed to his early work to support and fund drug courts. “I set them up,” he said. “I wrote it into law.”

As the candidates were on stage, the Republican National Committee targeted Biden’s drug war record in a tweet.

Joe Biden would be disastrous for the US.

Sen. Amy Klobuchar (D-MN) faced a question about her record as a prosecutor and whether she regrets sending people to jail for drugs.

The senator replied by pointing to her record running what she called “one of the most successful drug courts in the country.”

Joe Biden’s New Marijuana Comment ‘A Big Nothing,’ Says Advocate Who Spoke To Him