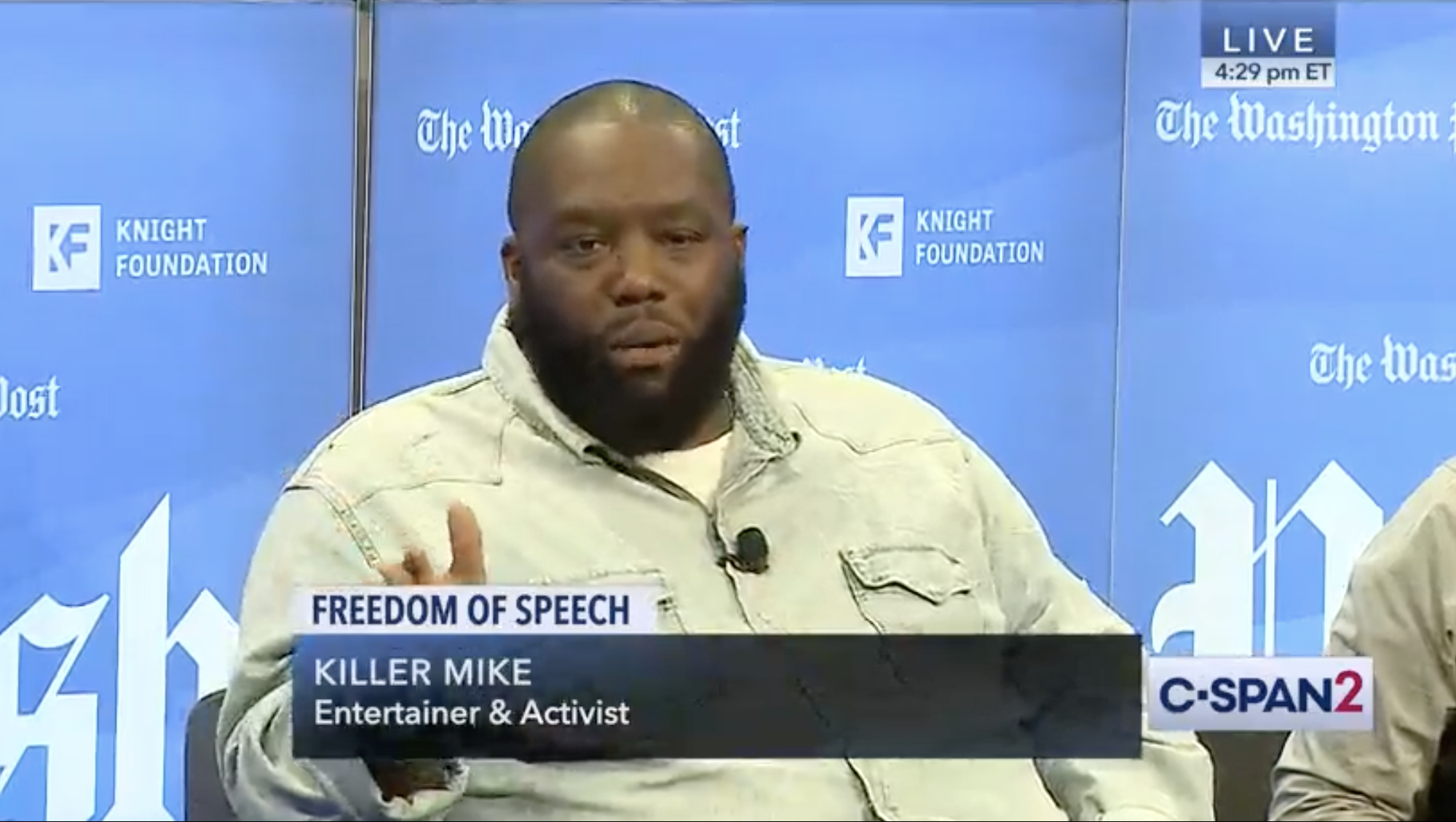 Rapper and social justice advocate Killer Mike said on Monday that it’s important for Americans to recognize that rap artists helped pave the path to marijuana reform in a way that isn’t often discussed in the media.

Speaking at a panel on freedom of speech, Mike pointed to societal double standards when it comes to different musical genres such as rap and country. And he emphasized the importance of ensuring that free speech is protected for artists whose music might be controversial but whose contributions can have significant policy implications.

Cannabis has been featured prominently in rap music, and Mike said that’s often overlooked when people talk about how marijuana reform entered the mainstream.

“If it’s not duly acknowledged publicly—if the media isn’t pushing the line of that narrative, if the media isn’t giving us that freedom, if the media treats rappers differently than they do country artists—then you’re going to see a galvanization of what the prejudices that we already see” in terms of racial discrimination, he said.

Mike, along with artists including Chance the Rapper and Meek Mill, made a similar point in a brief submitted to the U.S. Supreme Court in March, defending another artist who was convicted because a song of his was interpreted as a threat against Pittsburgh police officers.

In that brief, the coalition explained that war on drugs fueled protest art that gave a voice to those disproportionately impacted by aggressive, anti-drug enforcement efforts and shed light on how the drug war impacted disadvantaged communities across the country.

It should be noted, however, that while Mike sees a straight line between cannabis reform and Cyprus Hill, that specific line isn’t so cut and dry.

Cypress Hill member B-Real campaigned against California’s marijuana legalization measure in 2016, citing concerns with how it was specifically drafted, only to open up a dispensary himself two years after it passed. If he’d gotten his way, the nation’s most populous state would have continued prohibiting cannabis for several more years and the measure’s defeat—in California of all places—could have had devastating implications for the legalization movement in Congress and around the country.