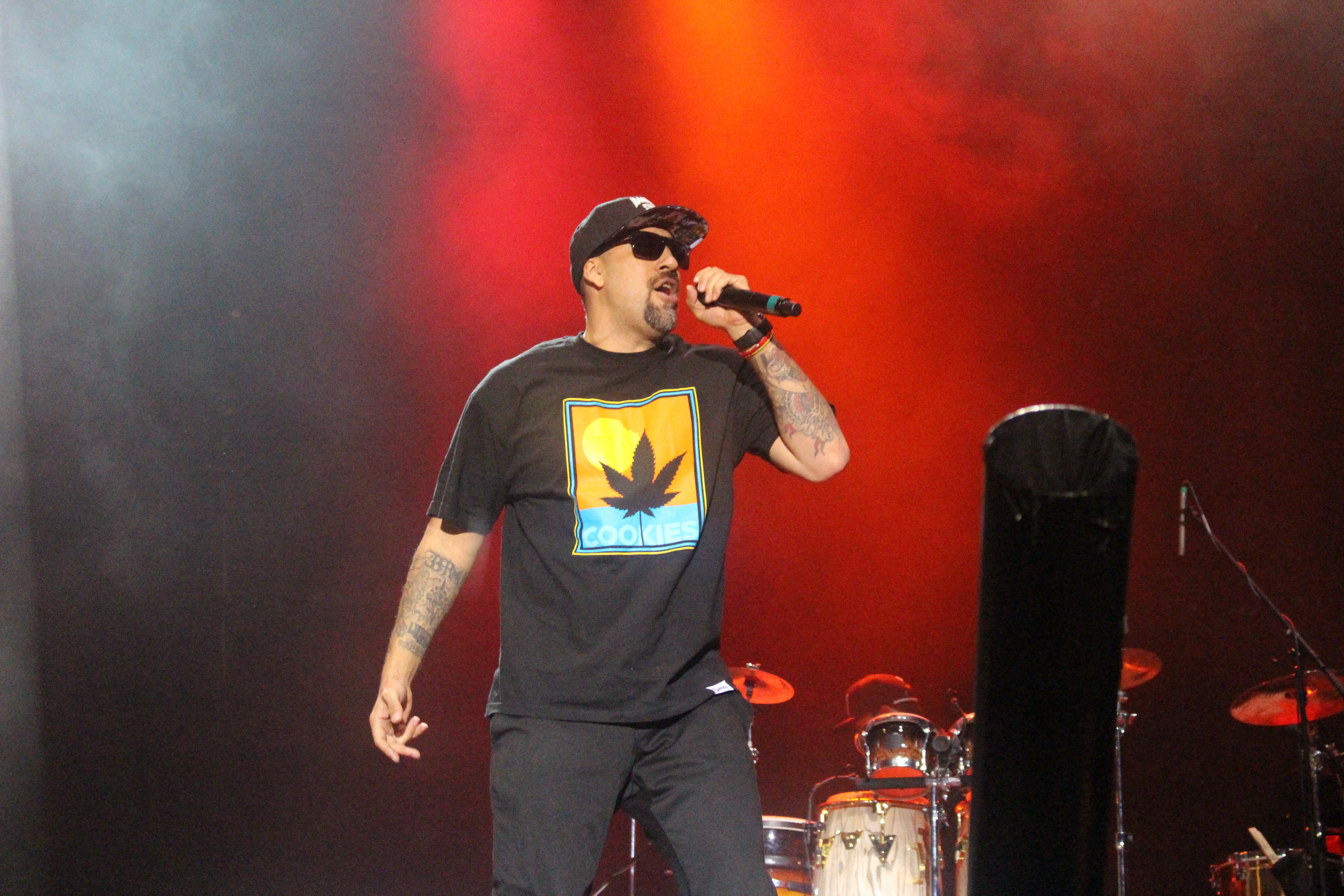 On Wednesday, rapper B-Real of Cypress Hill and Prophets of Rage will celebrate the grand opening of his new “Dr. Greenthumb” recreational marijuana dispensary in southern California.

It’s the latest stage in what’s been a significant evolution for the prominent cannabis-friendly musician, who less than two years ago declared himself opposed to the state’s marijuana legalization ballot measure that is making his new venture possible.

In a press release issued Friday advertising “an all day blowout” at Dr. Greenthumb in Sylmar, California, B-Real is described as “a prominent figure at the forefront of cannabis legalization for over two decades.”

“We have a lot of history behind us as it relates to music and the pro-legalization movement,” B-Real said, according to the statement.

That history includes opposing Proposition 64, which legalized marijuana for adults 21 and over and also paved the way for regulated commercial storefronts like the one B-Real is opening.

In the run-up to the November 2016 election, where Prop. 64—also known as the Adult Use of Marijuana Act—passed with more than 57 percent of the vote, the rapper used social media to agitate against its passage.

These are the lines in between the lines. Read up Cali! People from out of our state have no clue but people in Washington can relate pic.twitter.com/v4rWHLsLLb

On October 10, 2016, less than a month before Election Day, the rapper shared an image on social media that claimed Prop. 64 “helps keep the drug cartels in business,” “sets up HUGE growing operations for rich white people, destroying small businesses” and “turns rights into priviledges” [sic].

“Read up Cali!” B-Real wrote on Twitter, where he posted the image that claimed “This is NOT Legalization. VOTE NO.”

B-Real’s opposition was similar to anti-legalization messaging coming from other marijuana advocates, many of whom claimed that the measure was a corporate giveaway that would harm small-and-medium producers. At least some of that has come to pass as the cannabis economy adapts in response to the new reality of broader legalization.

But B-Real seems to have adjusted to the new reality almost immediately.

On Election Night, after cannabis ballot measures won in California, Maine, Massachusetts and Nevada, he posted a message of congratulations.

“Although I’m someone that was and is concerned about prop 64, California made history tonight and to that I tip my hat,” he wrote.

In an e-mail sent via a spokeswoman in response to Marijuana Moment’s questions about B-Real’s evolution on California legalization, the rapper took a free-market approach. He opposed Prop. 64 because of legalization’s regulations and taxes, he explained.

“I was opposed to it at the time because some of the new regulations and penalties along with overwhelming taxation which seemed to be unfair to smaller businesses,” he wrote. “Additionally, a number of other complicated issues that are just now being addressed with new and changing policies. I still think there are things that need further due diligence to give the small business owner a chance at succeeding before the big businesses start to come into play.”

A week after the election, B-Real released a record that, according to a press release, “passionately advocates for marijuana legalization across all 50 states.”

In promotional material for “Prohibition Part 3,” B-Real appeared in a photoshopped image smoking marijuana in public—an act that, were he to do it in real life, is punishable only by a $100 citation thanks to Prop. 64.

And earlier this year, B-Real gave an interview to a New Zealand-based website in which he declared that legalization has “been great.”

“For most of us that have been in the culture for a long time, we’re just seeing and waiting for more of the regulations to happen to know how it’s going to operate officially,” he told Under the Radar. “Right now all the rules and regulation aren’t implemented and in place so we’re just taking it as each day comes and try to be informed and being a step ahead. But it’s been great, a lot of people are happier.”

Regulated and taxed commercial sales of marijuana began in California on January 1.

B-Real, whose musical repertoire with Cypress Hill includes “Hits from the Bong,” “Dr. Greenthumb” has been trying to enter the marijuana-dispensary business since 2015.

In February of that year, he won a lottery drawing to open one of the first medical-cannabis dispensaries in Santa Ana, in Orange County, California.

But by September 2016, shortly before B-Real’s public disavowal of marijuana legalization, the dispensary had still yet to open.

Now, thanks to the passage of Amendment 64 over his own objections, B-Real will be able to sell cannabis to adults over 21 years of age regardless of whether they have a doctor’s recommendation.

“I never changed that stance, but I do have a brand that myself and my partners have been building for a number years in the cannabis industry aside from my over 20 years of advocacy,” B-Real said in his statement to Marijuana Moment about his concerns with the measure. “My intention was always open a shop when the right opportunity presented itself and that we could be fully compilant [sic]. This would ultimately allow me to have a landing place for our brands in the cannabis community for recreation and medicinal consumers.”

The rapper also said that he plans to use some of the proceeds from the new retail operation to “give back to the community and create programs for the youth and show the positive impact from the cannabis community and break some of the still existing opposition.”

“Good can come from this community and we plan to educate through our example,” he said.