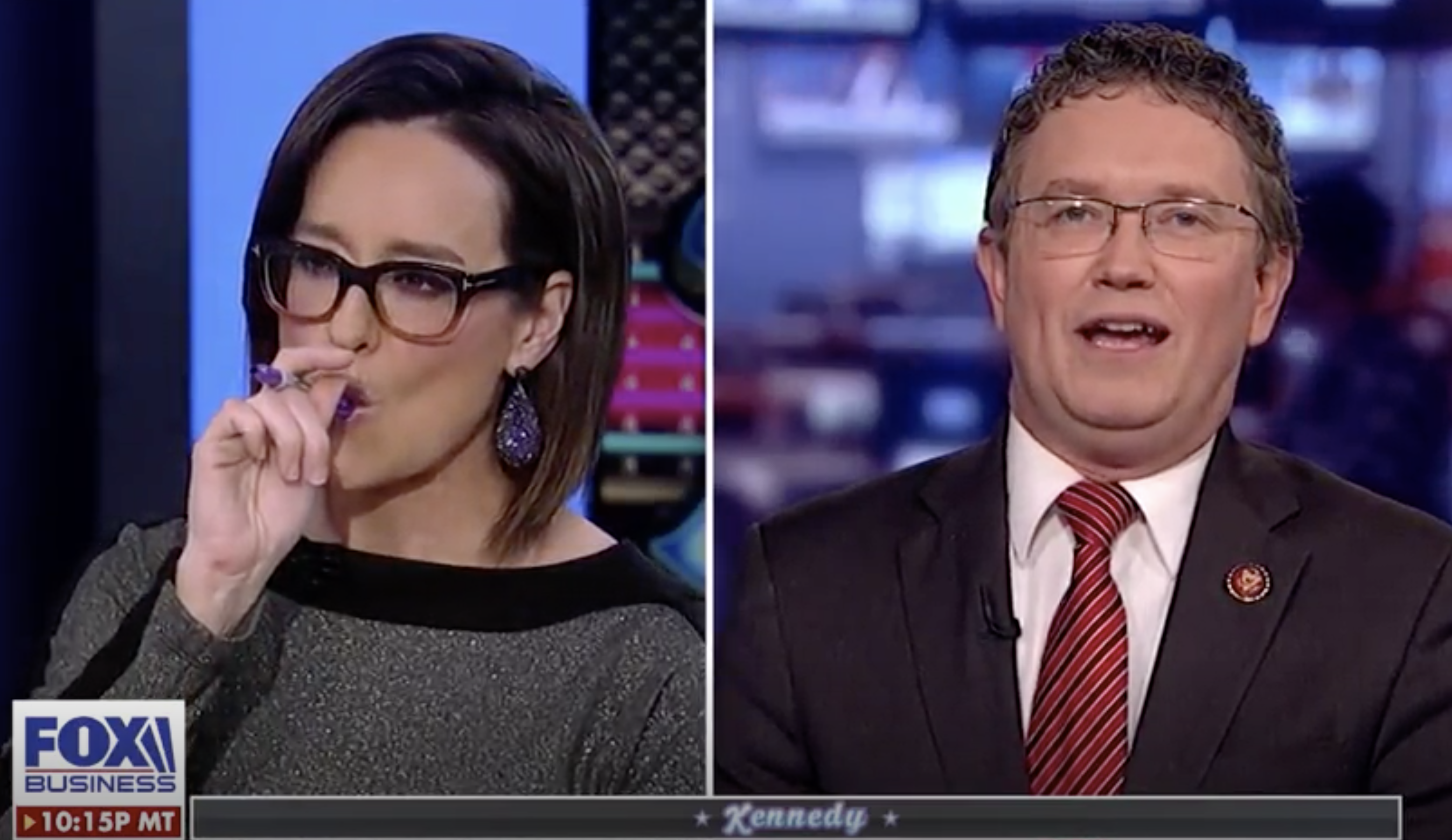 A Republican congressman says that whichever party is responsible for passing federal marijuana reform will “instantly” shoot up in the polls, while lamenting the fact that the GOP failed to do so when they controlled the House.

Rep. Thomas Massie (R-KY), a vocal advocate for hemp, was asked by Fox Business host Kennedy on Wednesday whether cannabis should be rescheduled under federal law.

“Absolutely,” he said. “The first party that does this—and I don’t understand why either party won’t do it—is going instantly gain 10 points in the general poll on which party versus the other.”

“We should have done it when we were in the majority,” he added. “The liberals should be asking Pelosi why she hasn’t put it on the floor yet.”

The House Judiciary Committee approved legislation last month to end federal marijuana prohibition, but it hasn’t yet been scheduled for floor action.

Massie made similar points during an interview with Marijuana Moment earlier this year, stating that if Republicans had advanced states’ rights-focused marijuana legislation, “I think we might still be in the majority.”

Of course, while Massie has supported legislation to allow states to set their own cannabis policies without federal intervention, as well as other more modest reform measures such as protecting banks that service marijuana businesses, he’s so far declined to cosponsor any bills that seek to deschedule cannabis.

Though it’s not clear exactly how much of a boost either party would get by passing a marijuana reform bill, a Pew poll released last month does show that there’s majority support for legalization among those who lean Republican (55 percent) as well those who lean Democratic (78 percent).