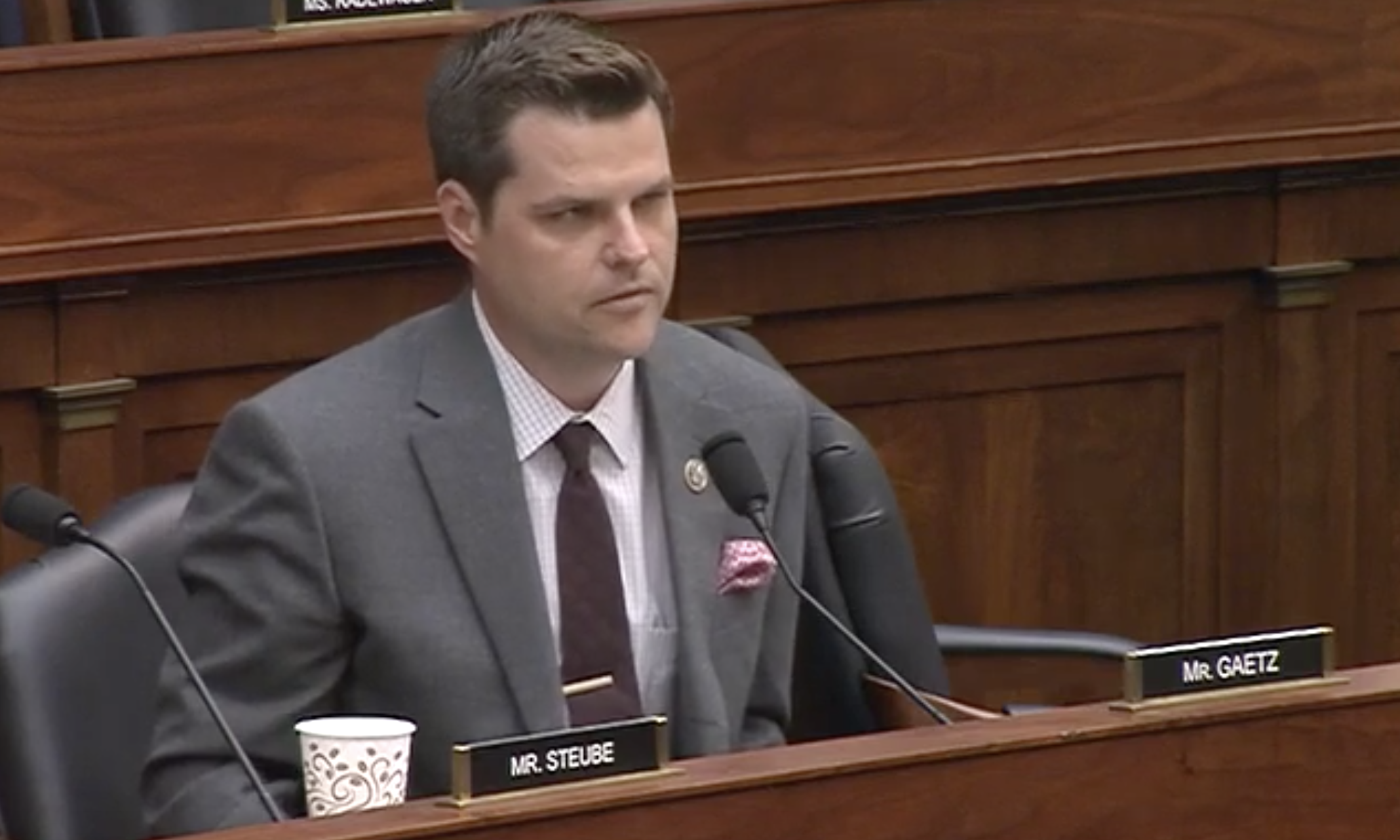 Rep. Matt Gaetz (R-FL) emphasized the importance conducting clinical trials on medical marijuana at the U.S. Department of Veterans Affairs (VA) on Tuesday, a topic on which he has often focused.

He also criticized the catch-22 of VA cannabis research, arguing that while the department is able to conduct clinical trials on marijuana, it doesn’t effectively publicize those studies, leaving veterans who might be interested in participating in the dark.

The congressman started by asking whether Mike Colston, director of mental health policy and oversight at the Department of Defense, felt that giving veterans access to medical cannabis could reduce suicides.

Colston said “there’s far more research to be done” and that there’s “insufficient evidence for or against that position.”

Gaetz cited research showing reductions in opioid use in states that have loosened cannabis laws, and he questioned whether “the current offramp for opioid addiction,” which typically involves prescribing long-term opioids that are less potent and less prone to abuse, “is a more effective offramp than medical cannabis.”

“I just think those are the three evidence-based therapies right now that meet the medical bar,” Colston said, referring to bupenehprine, methadone and naltrexone. “Obviously more research can change that.”

That prompted Gaetz to expand on VA policy as it pertains to medical cannabis. He asked for confirmation that the department’s doctors cannot currently recommend marijuana to veterans in states where it’s legal.

They can’t do that because “there’s a federal law against it right now,” Keita Franklin, national director of suicide prevention at the VA, claimed. (This has been a point of contention for legalization advocates, who argue that only the VA’s own internal administrative policies, and not an overarching federal law, blocks such recommendations.)

“We have two ongoing research studies going on right now in this space,” she said. “I think we are open to research, yes.”

The congressman wanted to know if the VA publishes information about these studies and where to find it. The VA official wasn’t sure—and that was exactly Gaetz’s point.

“I don’t think anyone is clear, which is the source of my frustration because I think that there are a lot of these clinical trials that are seeking veterans,” he said. “The VA, due to a lack of clarity, won’t publicize that information or make it available, and then we’re unable to do the research that Captain Colston says is necessary to advance additional options for veterans trying to get off opioids and to stop them from killing themselves.”

Lawmakers have introduced legislation this session that would allow VA doctors to issue medical cannabis recommendations and require the department to conduct clinical trials on the plant’s potential therapeutic benefits for veterans, among other cannabis and veterans-related bills.

But if the VA is mandated to research the plant, Gaetz wants the department to better publicize the studies so that would-be participants actually know about them.

Trump Official Would Rather Discuss Marijuana Than President’s Tax Returns, He Says